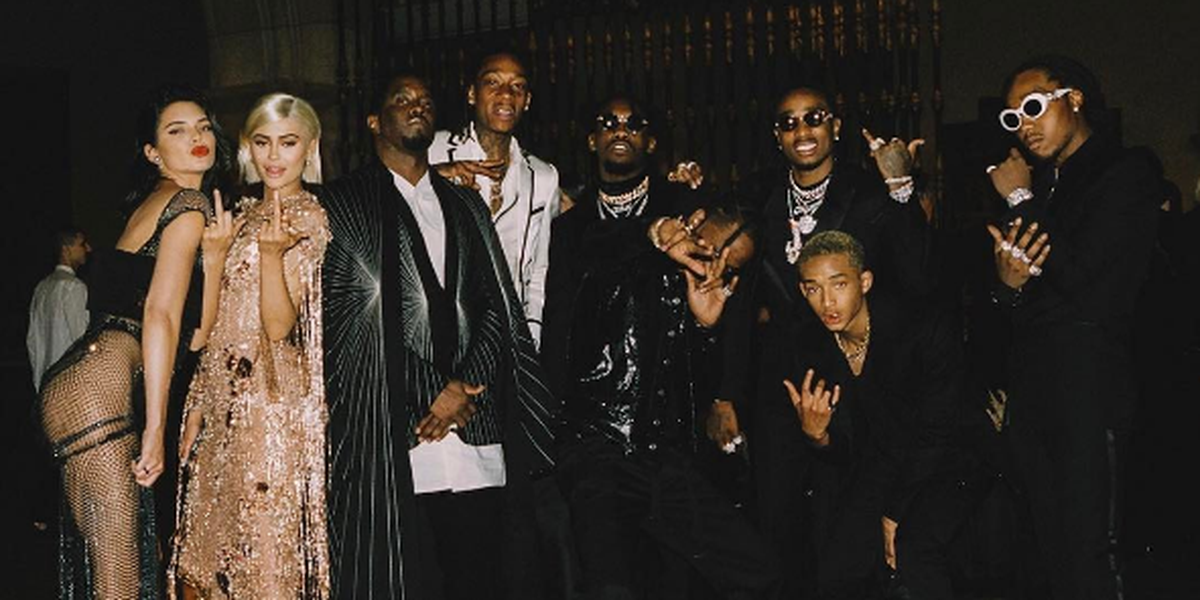 Remember in middle school when a picture of your group of friends unfortunately featured that girl who told your crush you liked him and so you dutifully cut around her and re-pinned it to your notice board? Well, Puff Daddy/P Diddy/Sean Combs/Diddy/Love, one of the most influential moguls in music and a grown man, has been doing the same thing.

In fact, it's now become something of a phenomenon. The first evidence of cropping was his removal of Kim Kardashian from a front row lineup of Rihanna, Jay-Z and Beyoncé in a fashion week snap. In a Met Gala picture from 2017, he cut Kylie and Kendall Jenner because they didn't work with his "#blackexcellence" caption. Now he's done it again, but this time much more extreme, not just cropping but photoshopping an entire person out of the background. His latest victim? French Montana.

In an appearance on Ellen, Diddy was forced to address his social media moves, and here's what he had to say:

"Sometimes my photography editor, he doesn't let me know when he's taking people out of the pictures." Okay Diddy, go off!

He continued, claiming mistakes were made as to who didn't make the cut: "I just found out about it. There were people that were taken away that didn't deserve to be taken away."

The rapper/entrepreneur also claimed certain people haven't spoken to him for weeks as a result of his unnecessarily cruel cropping...but you "just found out about it," right Diddy?