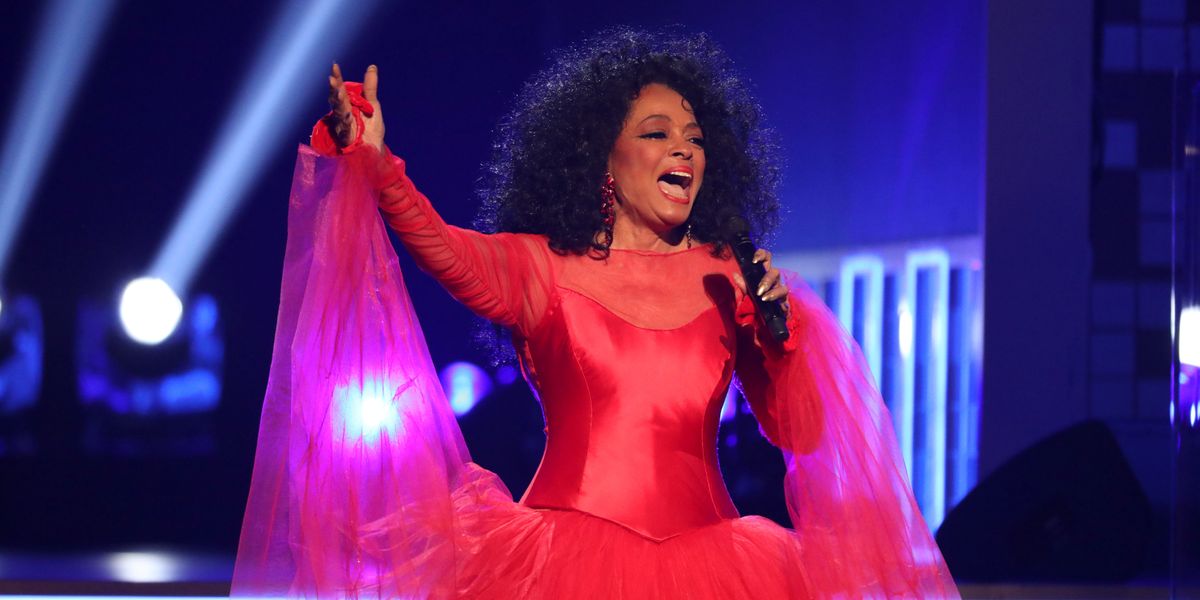 Diana Ross Wants Everyone to 'Stop in the Name of Love'

Barbra Streisand isn't the only music legend commenting on the sexual abuse allegations against Michael Jackson. It seems all this talk about the documentary detailing the experiences of victims James Safechuck and Wade Robson singer has had Diana Ross thinking. Ross chimed in on the conversation on social media, and tweeted on Saturday that she wants Jackson's critics to "STOP IN THE NAME OF LOVE."

She wrote, "This is what's on my heart this morning. I believe and trust that Michael Jackson was and is A magnificent incredible force to me and to many others." Quoting her own famous song, she continued, "STOP IN THE NAME OF LOVE."

This is what’s on my heart this morning. I believe and trust that Michael Jackson was and is A magnificent incredible force to me and to many others.
STOP IN THE NAME OF LOVE

Because of this, many fans responded in disappointment, just as they did with Babs.

I’ve always loved & respected you. You realize a person can simultaneously B 2 things at once? He can have been the person you knew&loved & a dangerous, abusing, pedophile too? They hide in plain sight. Fact:people of your generation protect abusers=why we are where we are😢

No Diana, just no. Just because you knew and liked someone doesn’t mean they’re innocent. You saw him with those boys and never thought it was strange for an adult to not have friends his age? One of the boys was 7 when the grooming and abuse started! What’s wrong with you?

But many have also rushed to the defense of Ross, who was very close with the King of Pop. Actress Debbie Allen retweeted the singer's tweet, saying "Ms. Ross is still the BOSS!!!"

And users like @MJJLegion tweeted to emphasize how well Ross knew Jackson, arguing that her defense was not baseless. "Diana Ross knew Michael Jackson closely for 40 YEARS. She trusted him with her children and they adore him. He named her a possible guardian for his children in his will." They continued, "She has EVERY RIGHT to defend the man she knew now that he cannot defend himself."

Diana Ross knew Michael Jackson closely for 40 YEARS. She trusted him with her children and they adore him. He named her as a possible guardian for his children in his will. She has EVERY RIGHT to defend the man she knew now that
he cannot defend himself.
THANK YOU @DianaRoss. pic.twitter.com/dzBr6Lzgxn

So let me get this straight, if any member of Michael Jackson's family or closest friends (i.e., Diana Ross) speak out in SUPPORT of him, they're in denial and showing blind loyalty, but the media and people who've NEVER met him are spot-on when they label him a pedophile? 🤔

You fake woke clowns can just sit ALL THE WAY DOWN. Don't dare come for the Queen @DianaRoss for telling the TRUTH about her baby Michael Jackson. She knew this man before he was a man. A lot of you are nothing but a bunch of uneducated ignorant BULLIES. #FactsDontLiePeopleDo

According to Global News, in 2003 after the premiere of documentary Living with Michael Jackson — which centered on the singer's relationship with a boy named Gavin Arvizo, who met the pop star while battling cancer — police reopened their investigations on the pop star. This was due to the scenes showing Jackson and Arvizo holding hands, and also due to the singer's defense of letting the young boys sleep in his bedroom.