DFA to Take Over Brooklyn's Most Awesome Venue 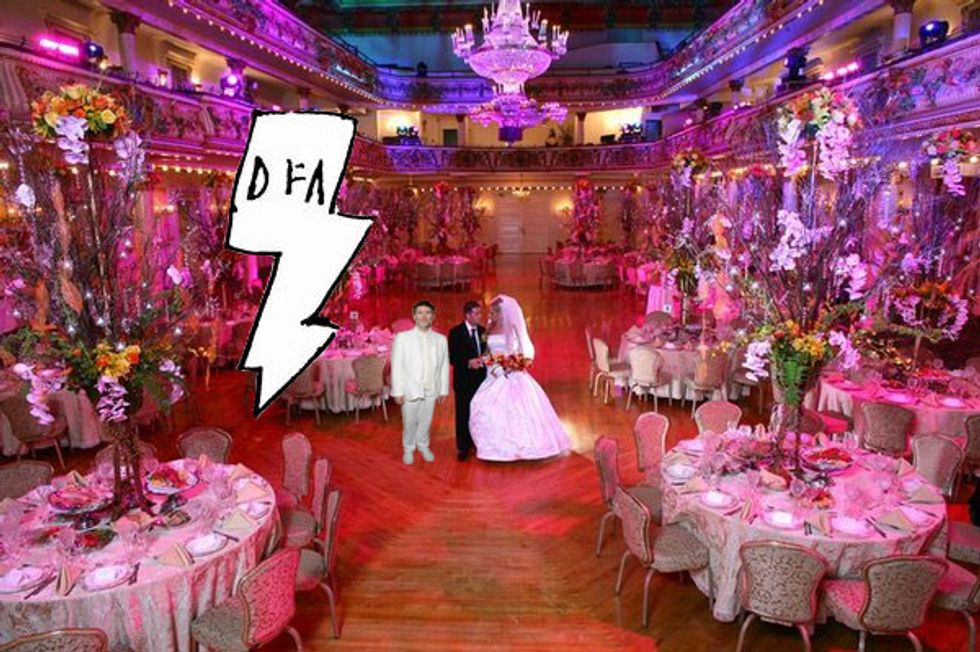 HEADS UP: Though the big DFA-a-palooza has been sold out for a month, we just got word that additional advance tickets will be released TODAY (5/20) at 2pm EST HERE.

New York-based record label DFA is pulling out all the stops for their 12th Anniversary Party on Saturday, May 25.  It looks like every band and DJ they've ever worked with will be on hand for the big blow-out: Black Dice, Juan Maclean, James Murphy, The Rapture DJs, Pat Mahoney, The Crystal Ark, YACHT etc. are already on the bill -- plus "special guests" of course.  Don't be surprised, however, if one of stars of the night turns out to be the venue, Grand Prospect Hall, which you're likely familiar with from their amazing commercials.  The four-story," French Renaissance" building went up in 1892 and was designed by Ulrich J. Huberty -- the same guy that did the boathouse in nearby Prospect Park.  It's got over 100,000 square-feet of space packed with oak, marble, granite and crystal.  At one time it even housed a speakeasy frequented by Al Capone and recently it's been used for music video shoot, films and, of course, weddings.  Perfect place for a DFA party, right?