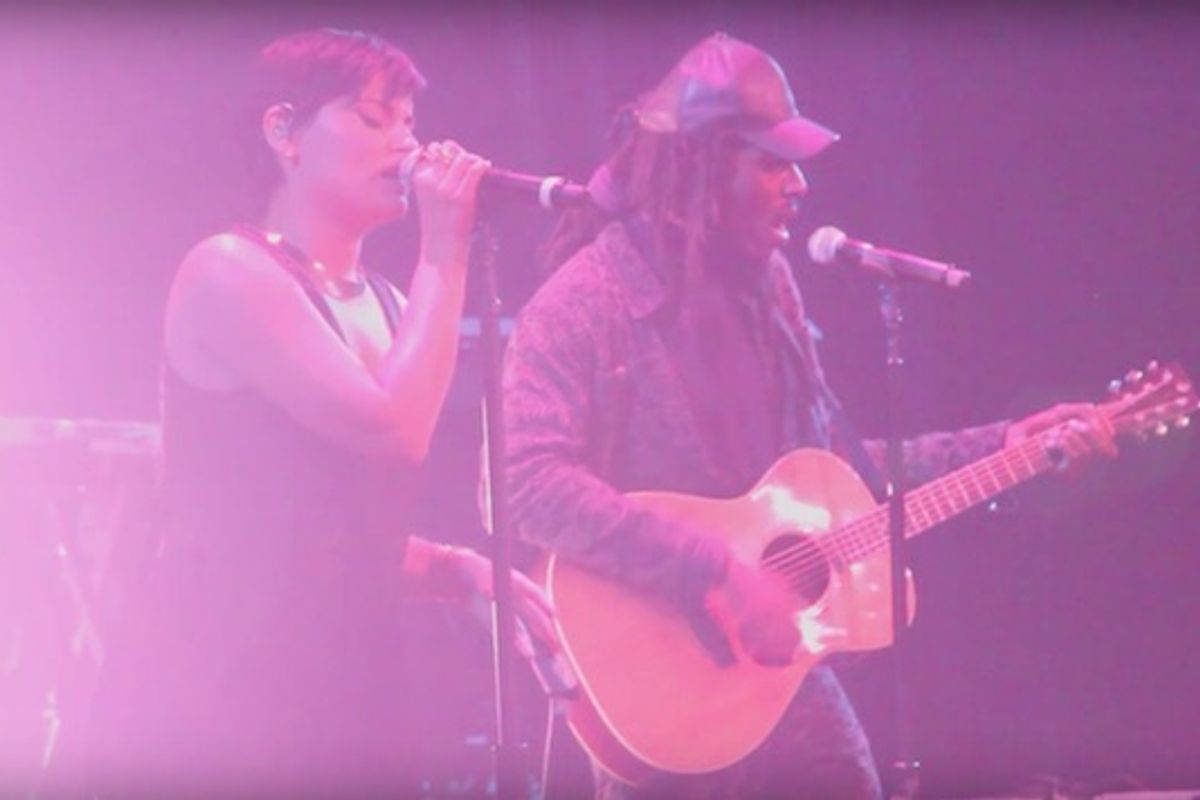 If you were at a holiday party or bar last night and thinking to yourself, 'Why am I not cool,' it's probably because you're not in general, but also because all of the cool around the world was vacuumed out of everything and dropped into the Apollo Theater in Harlem, NYC...where Dev Hynes (Blood Orange), Nelly Furtado, Solange Knowles, and Le1f all performed.

Part of the Blood Orange and Friends benefit, Hynes put together the charity concert whose proceeds went directly to Opus 118 Harlem School of Music.


In a clandestine union, Hynes announced that he and Furtado would release a mixtape, Hadron Collider, sold exclusively at the two show event.

I am almost at a loss for words attempting to fathom how incredible that pairing is; viva la Nelly.


Knowles joined her former producer after the two had a public schism in 2013, which they've since mended.


Here are some clips from the show, including Hynes performing Furtado's smash "Say It Right," and a Marvin Gaye cover with Ms. Solange.


@SaintRecords and @devhynes did an ode to Marvin Gaye at the Apollo theatre and it was magical. ✨✨ pic.twitter.com/KiVt2sn12r
— b (@biancavivion) December 12, 2015