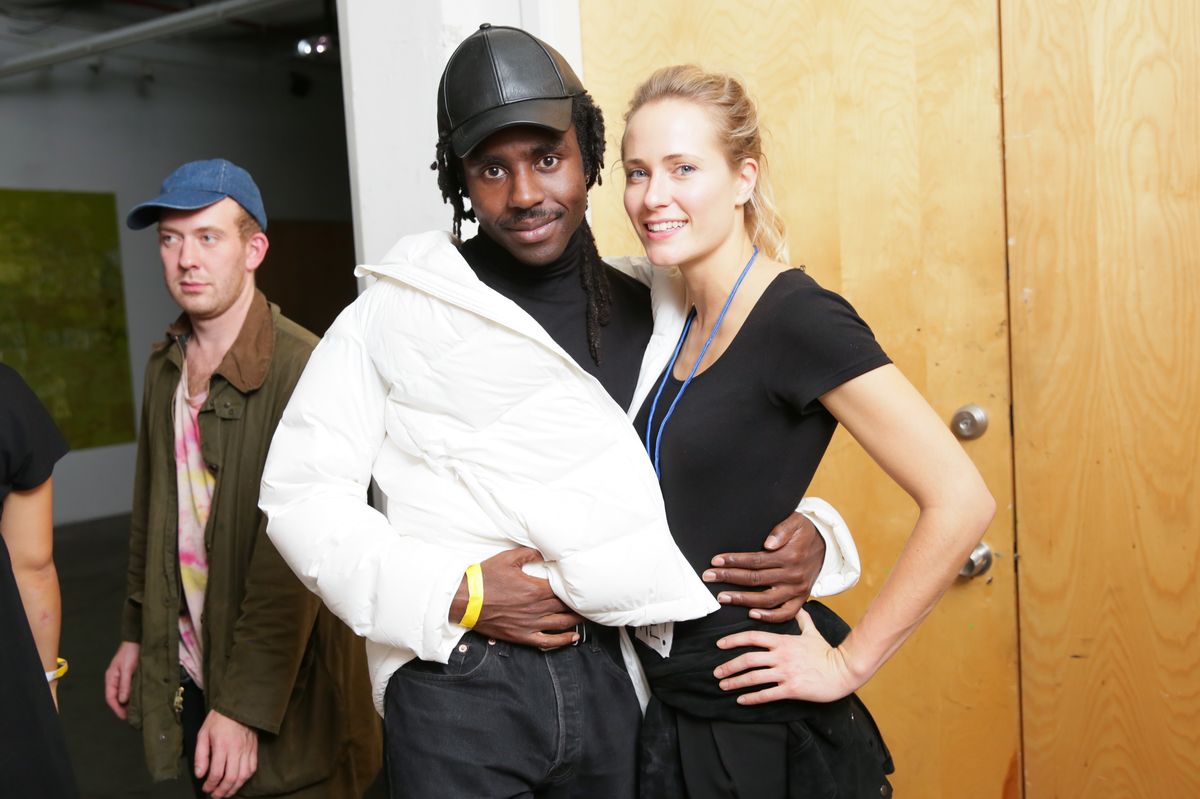 Six flights up in a towering brutalist warehouse, set deep on the docks of Sunset Park Brooklyn, utopia raged last night. No, perhaps it wasn't the arcadia of those baroque landscapes, golden rolling nature with mystical creatures hidden throughout, but the Bruce High Quality Foundation University's annual fundraiser was as utopic as a massive art party can be.


Supporters and patrons of BHQFU, deemed "New York's Freest Art School" which puts on free classes to the public taught by well known artists, gathered at the Industry City for a party, art show and concert of heavenly proportions. Some among the notable attendees to Arcadia were Dev Hynes, David Salle, Chloe Wise, Tom Sachs, Gigi Burris, Francesco Clemente and George Condo. An overgrown jungle bar was an oasis of free drinks, while a collection of large tactile paintings, including a giant pizza with a three dimensional city around its sphere, transported us into a foreign wonderland. Paintings created by the anonymous Bruce collective hung throughout the space, each a colorful canvas based on Nicholas Poussin's Arcadia Paintings, but covered with layers of paint and markings, the works almost resembled a chalkboard after a heated lecture. But it was the musical and performing acts of the night that brought the the crowds into an ethereal rage. Francis and the Lights performed in the middle of the floor in front of projections of paradise, while Le1f vogued among the mass of fans. Even as the night wore on, performance thrived in the space, with a set by artist GAZR rapping and interacting through a projection of Youtube videos, open word docs, and iTunes beats. Here, in this concrete jungle of the warehouse, we all felt high above the reality of a normal Thursday, willing to indulge in utopia, even just for a night.

Allison Brainard and Tschabalala Self