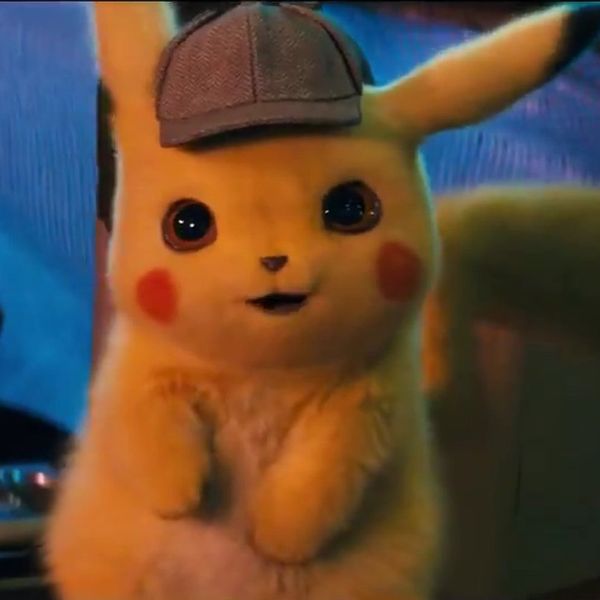 'Detective Pikachu' Has a Trailer and Fans Are Losing It

When we first got wind of Detective Pikachu back in 2016, its origins were as a live-action movie based on the wildly popular Pokemon enterprise.

The move toward that project was certainly smart, and timely, considering how many people probably walked into traffic on accident trying to catch Squirtles via Pokemon Go. The runaway success of Pokemon Go also proved that the franchise — which was created in the late '90s in Japan to become a global empire — had undeniable staying power beyond its nostalgia.

Now we have an official trailer. Justice Smith stars as a boy looking for his missing father. Ryan Reynolds voices the fuzzy Pikachu, whose actual words can only be understood by Smith's character, while everyone else only hears his iconic "pika!" sounds. Kathryn Newton is the female lead opposite Smith. And of course, a live-action Pokemon film would be incomplete without appearances from Pikachu's pocket-monster cohort; in the trailer, we also see Mr. Mime, Charizard, and fan favorite, Jigglypuff.

Is all of this lost on you? If so, this film may still be worth a watch. Like, what's not to love about an action-style buddy comedy featuring a family-friendly but slightly unfiltered cuddly creature? If you didn't talk to your stuffed animals/action figures/Barbie dolls as a kid, did you even have a childhood?

And yes, fans are losing their shit online over this.