Despite What They Say, Fashion Magazines Aren't Embracing Diversity

by Gabby Bess
PAPERMAG
15 December 2014
Back in March, Vogue published an op-ed titled, "Is The Fashion World Finally Embracing Diversity?" Right before applauding their own contributions to bringing diverse models to the forefront, this article stated that "the 'white-out' years that have chilled the heart of the industry appear to be on the way out." And yes, we've witnessed a handful of landmark fashion moments that championed non-traditional models this year, but the statistics are proving that, unfortunately, this is not enough.
The Fashion Spot took a survey of "44 major print magazines from around the world to see just how big the disparity was in terms of racial representation in 2014." Out of the 611 total covers put out from these major magazines over the course of this year, they found that white models were featured 567 times, while women of color only made 119 appearances. (The survey notes that they "use the term 'model' to include anyone appearing on a cover, whether or not they are actually a model.") If that doesn't seem like such a huge discrepancy, here's what model diversity looked like in 2014 as a purple pie chart: 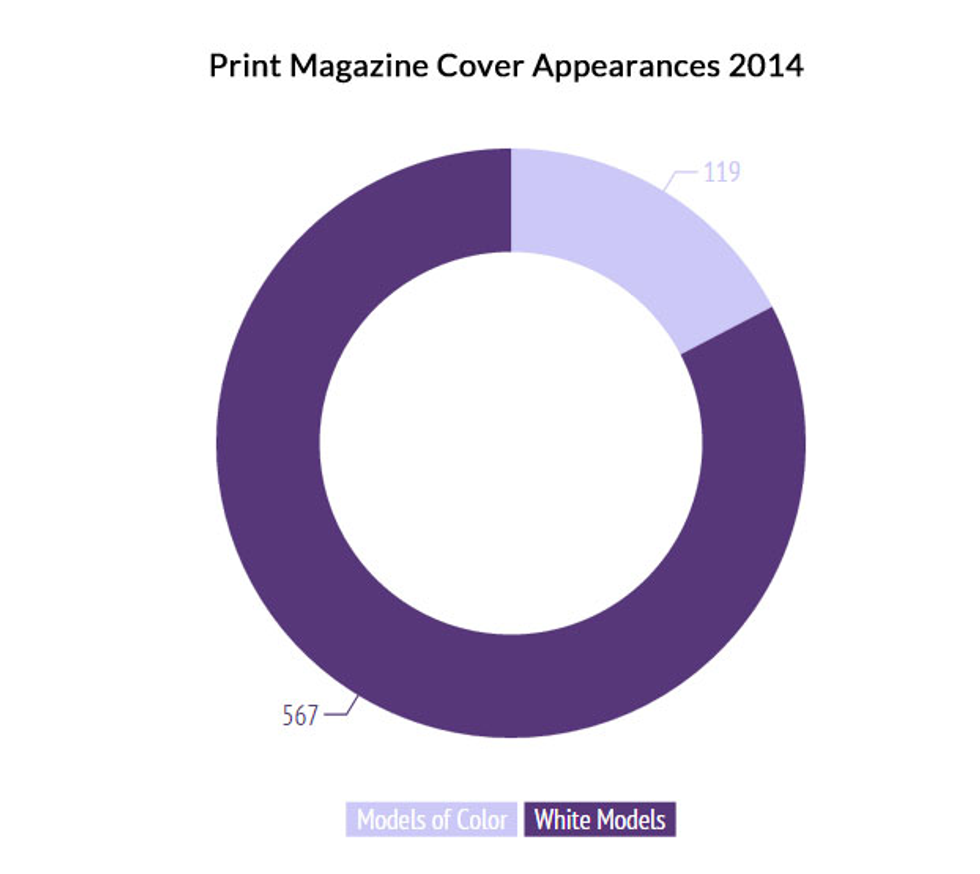 via The Fashion Spot

What's worse, the survey found, was that Vogue (surprise, surprise) was one of least diverse publications. Vogue U.K., Vogue Netherlands, Vogue Paris, Vogue Ukraine, Vogue Russia, and Teen Vogue neglected to feature any models of color on their covers. Not a cute look, 2014!

If all of this has bummed you out feel free to bask in the glory of Jourdan Dunn and Naomi Campell ruling everything in Burberry's new Spring campaign: 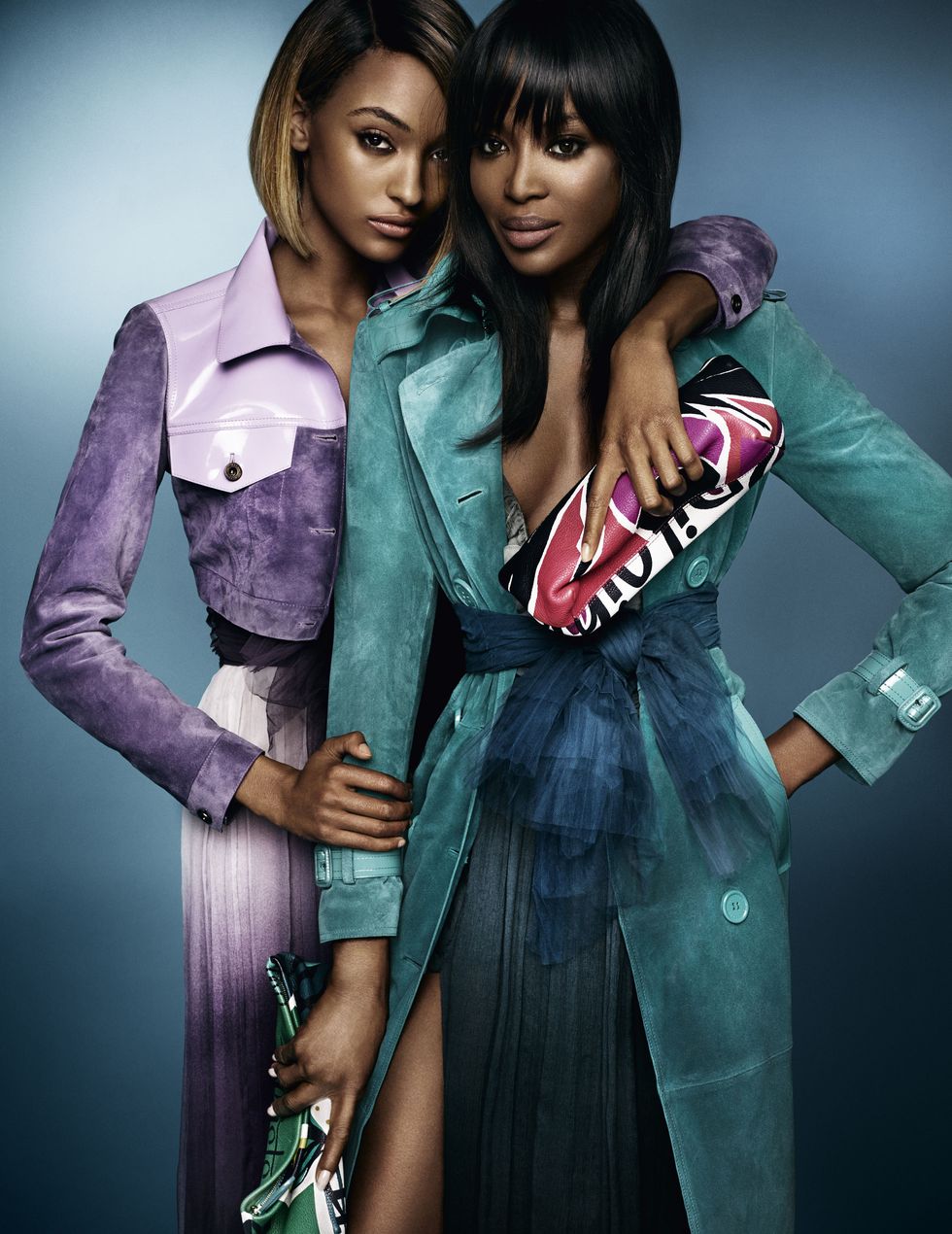