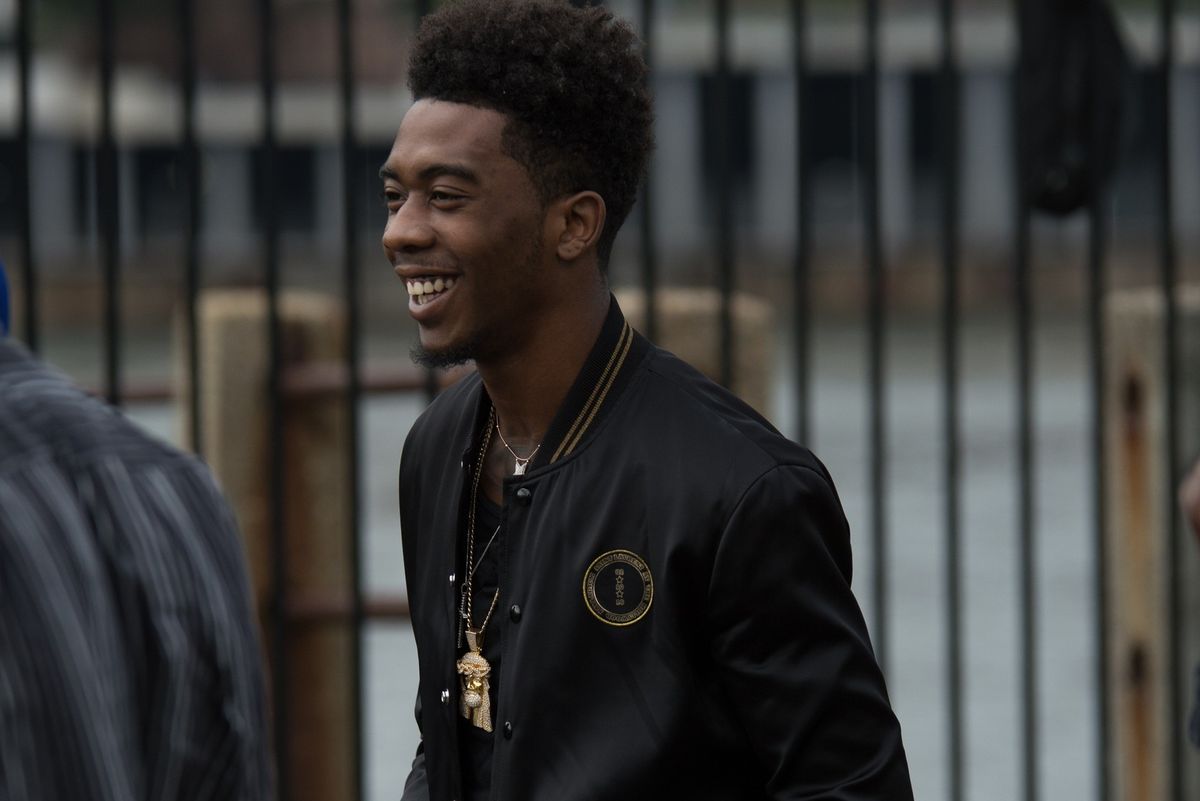 On Thursday night, "Panda" rapper and G.O.O.D. Music signee Desiigner was arrested following a road rage incident in the Lincoln Tunnel. The other driver involved placed a call to 911 after the confrontation, claiming that after a screaming match between the two cars, Desiigner threatened him with a gun before driving away. When police caught up with Desiigner, they searched his Range Rover and allegedly found loose pills on the console, and bags of other drugs in the car, including Oxycontin, methadone, and steroids. NYPD arrested Desiigner along with four others in the SUV, charging them all with felony criminal possession of a loaded weapon, and possession of a controlled substance with intent to sell. He was also charged with 'menacing.' Not good.

But! Today things are looking up for Tiimmy Turner. According to TMZ, the D.A. has dropped the felony gun charge because... they never actually found a gun in the vehicle and the charge was was based on the story of the other driver. Cool. They have also dropped the 'intent to sell' charge, citing lack of evidence. Desiigner, who was arraigned this morning in New York, will still have to answer for drug possession and 'menacing,' He has been released from police custody.