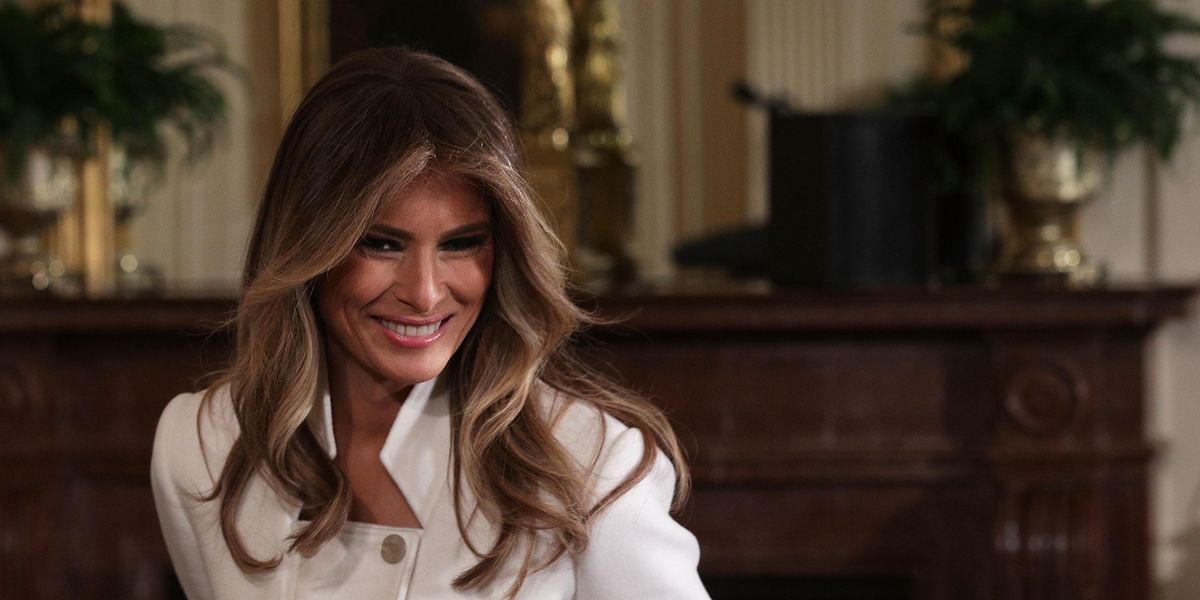 Designers Are Softening On The Idea Of Dressing Melania Trump

Prior to the election, many fashion designers declared that they would never dress Melania Trump because they didn't want to align themselves with, or normalize the horrific policies of her pissgoblin husband. Among the ranks of the Never-Melanias are designers Zac Posen, Tom Ford, Marc Jacobs, Christian Siriano, Sophie Theallet, Humberto Leon, Phillip Lim and Derek Lam, with designers like Ralph Lauren and Stefano Gabbana eagerly picking up the slack. It comes as little surprise that the designer that made Team USA's uniforms in China and the most shamelessly problematic designer on earth would enthusiastically dress the First Lady, but it seems now that other designers are coming around to their way of thinking.

Page Six reports that after Melania's first world tour where she made her biggest fashion splash in a $51,500 Dolce and Gabbana 3-D floral coat (costing almost exactly the median household income in America, btw), the lobby of Trump Tower has been "brimming with wardrobe boxes." Stylist Phillip Bloch added:

"There is a softening, a melting. Fashion people are fickle and fake. They are starting to see that she is a beautiful woman who is married to the president, and it is an honor to dress her. She doesn't need couture. She can buy off the rack and it looks beautiful. She knows her size and she know what works on her. She luxuriates in minimal"

She luxuriates in minimal, and her husband luxuriates in leaving a minimal amount of Americans with healthcare. Let the great normalization begin.