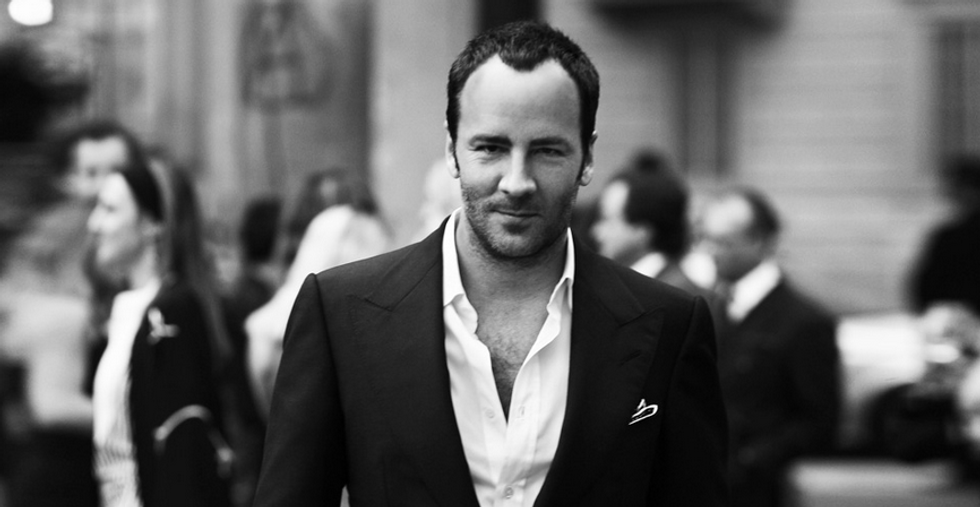 by Gabby Bess
PAPERMAG
Tom Ford is a busy man. When the designer's not dressing or writing love letters to Rihanna, you might remember that he also writes and directs films with equal excellence. Now Ford is finally following up his 2009, Oscar-nominated debut, A Single Man, which, he revealed to Women's Wear Daily, was shot in only 21 days and paid for out-of-pocket. WWD also gleaned a few details about Ford's latest project, another novel adaption:

"Though Ford won't discuss title or plot lest he divulge secrets too early and bore himself along the way, he provides snippets of insight. He wrote the screenplay himself, finishing it in September. It's an adaptation of a novel for which he bought the rights, not a well-known book and all the better for that. At this point at least, he has little interest in taking on material pre-loaded with audience expectations. He has changed the title and made considerable revisions to the story. As planned, the film is in two parts, the first faithful to the original material, and the second, completely new."

The film's details seem mysterious at best, but at least we know that a Tom Ford 50 Shades of Grey adaptation is out of the running. Although now that we're thinking about it, 50 Shades styled as Tom Ford lipstick commercial with a 125-minute run-time, would have probably been pretty hot. His Lips & Boys collection is missing a "Christian," after all.