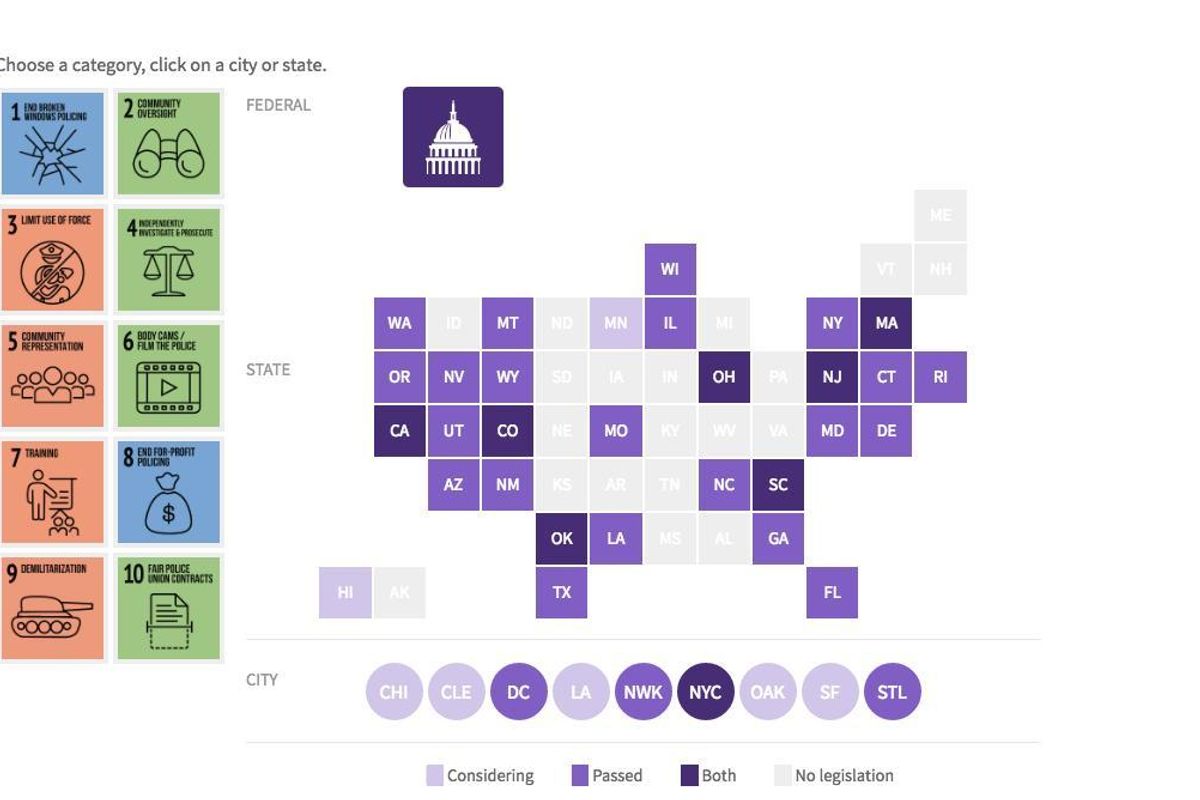 The tool consists of an interactive graphic that shows what US states have proposed/already enacted legislation in a number of policy areas that are related to the fight to end police violence. It also includes a form where you can easily access the contact information for your local representatives (as well as see how they've voted on relevant legislation in the past), and is meant to help people see what's actually been done, as well as take concrete action if they haven't already.

"It's important that people understand the laws that are in progress," activist DeRay Mckesson explained. "[It's been a goal] since the [Black Lives Matter] movement was started."


Speaking to Mckesson over the phone, he explained that while the tool had been in the works and scheduled, it "became more urgent in light of recent events" -- namely the shooting deaths of 37-year-old Alton Sterling on Tuesday and 32-year-old Philando Castile a day later.

However, Mckesson says that this legislation tracker is only the first step in a series of palpable changes Campaign Zero will begin rolling out.

"The next step is model legislation so that we can support activists across the country," he said. "[We want to equip activists] with the best policies and practices to ensure the police are held accountable."

Check out the tool here, and take action.