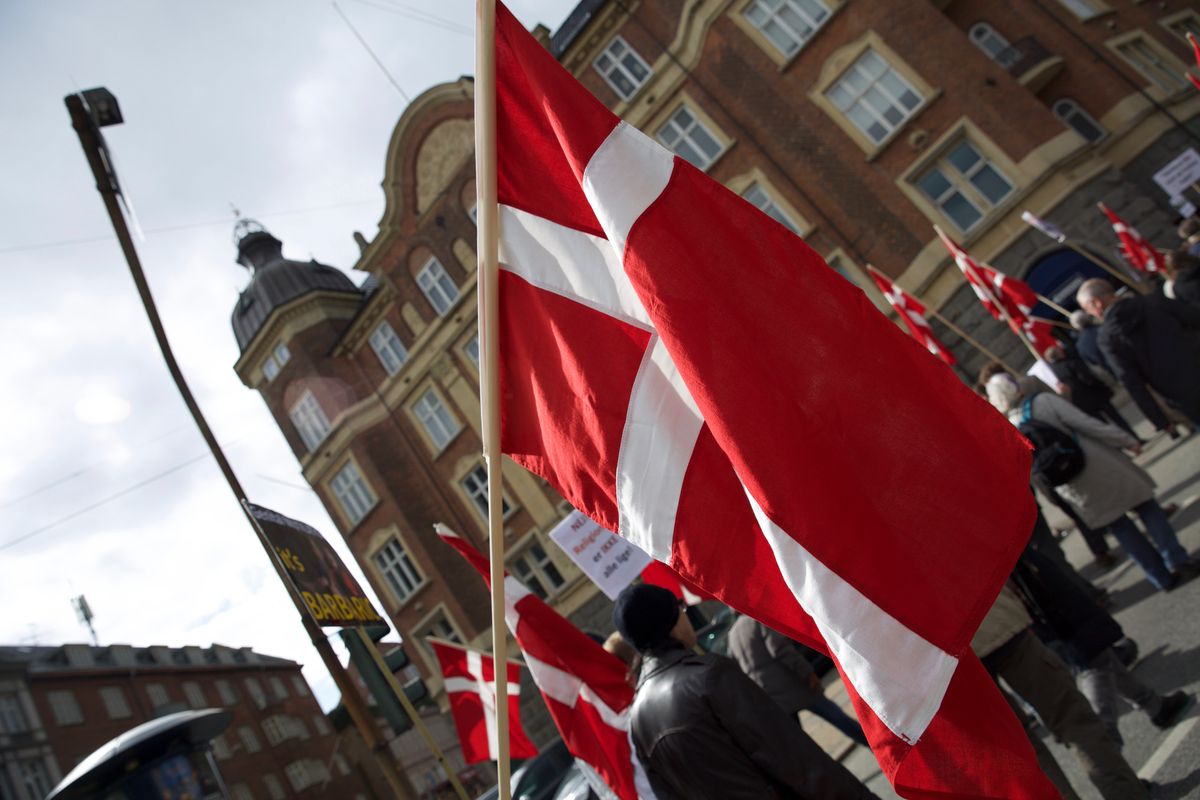 Denmark is one of many countries welcoming immigrants to its countries with suspicion, disdain and now proposed legislation that would punish non-compliance to forced assimilation. Danish immigration minister Inger Stojberg has called fasting, a common Islamic practice (that other religions also engage in), "a danger to all of us," and Danish leaders voted to ban women from wearing burqas and niqabs along with several other European countries.

According to a new New York Times report, Denmark is preparing to institute a set of laws to "regulate life in 25 low-income and heavily Muslim enclaves," where Danish immigrant families are referred to as "ghetto parents" and "ghetto children."

According to one such new law, part of a "ghetto package" of 22 proposals that have majority support in parliament, once "ghetto children" turn one, they would spend 25 hours a week learning about "Danish values," such as Christian holidays and the Danish language, as a form of forced assimilation. The neighborhood being targeted are largely Muslim, and Muslims, including many refugees from countries like Syria and Afghanistan, comprise two thirds of the immigrant population in the country.

Failure to comply to these policies would have severe consequences, including the end of welfare for a family. Another proposal states that if an immigrant parent takes their child on a long trip to their country of origin, which the government calls a "re-education trip," they could face four years in jail for supposedly negatively impacting their child's "schooling, language and well-being."

The government has used violent language to talk about these low income neighborhoods and the people who live in them. Prime Minister Lars Lokke Rasmussen has said that immigrants could "reach out their tentacles onto the streets," and has said that they have caused "cracks [to appear] on the map of Denmark." (The dehumanizing language is eerily similar to rhetoric coming out of the White House regarding Latin American asylum seekers). Punishment for crimes in these neighborhoods, and for people with "non-Western backgrounds" in general, would be much more severe than for the same crimes committed elsewhere by white citizens under the new proposal.

Clearly, the Danish government has an agenda to shame, incarcerate, and westernize Muslim immigrants, but when asked about whether or not these policies are targeted, the justice minister has claimed ignorance. "That's nonsense and rubbish," he told the NYT. "To me this is about, no matter who lives in these areas and who they believe in, they have to profess to the values required to have a good life in Denmark."

Being required to profess a love of a country to be seen as a valid citizen is problematic enough on its own, but the expectation that non-white people, Muslim people, or people generally seen as "other" have to prove their full cultural assimilation to a state that doesn't want them is even more troubling.