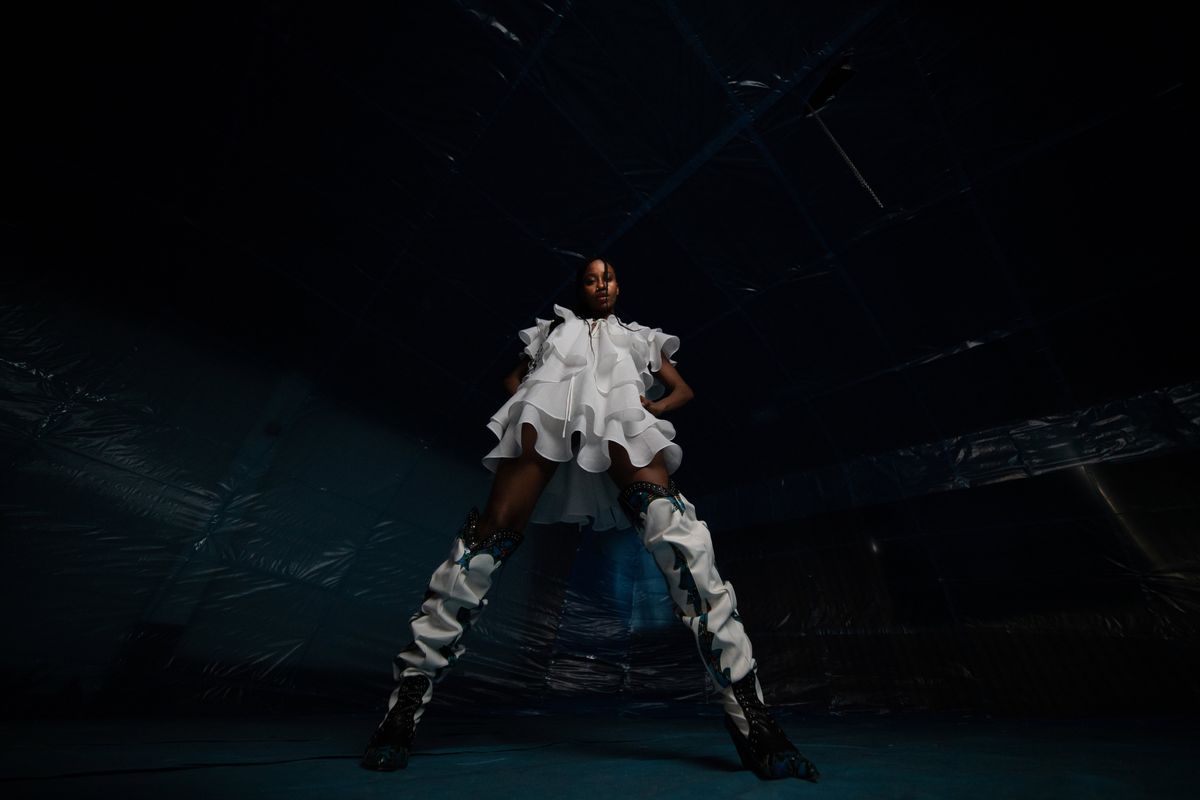 Denai Moore Puts Herself on the Map in 'Too Close'

For many of us, 2020 has been a year about looking back, from introspective thoughts to yearning for nostalgic, better times. We can only hope that such a tumultuous period — for many of us spent alone — can help us grow individually.

UK singer, songwriter and producer Denai Moore knows about self-reflection and growth, as she recently dropped an entire album, Modern Dread, that confronts topics true to its name. Eerily, everything Moore sings about across its 13 tracks, such as the struggles that come with surviving political, emotional and environmental turmoil, was recorded last year. Practically foreshadowing 2020, Moore's voice is as relevant as ever, evident on LP opener, "Too Close," and its spacey visual, premiering today on PAPER.

"'Too Close' is about understanding that your power in yourself isn't defined by other people," Moore says. "Even when you're by yourself you are empowered just as you are. You're enough."

In the Nadira Amrani-directed visual, cosmic imagery, maps and geographic scenes take center stage, with the video filmed entirely in black-and-white. "I feel too close, too close, to let it go," Moore sings, before detailing her lessons learned. "Forgave you to forgive myself/ What you ignore always seems to dwell." She finds it hard to adjust to a new environment and forget the past, as someone gaining strength all on her own through a difficult journey.

Scenes transition from clips depicting Moore singing while lying on an ocean shore to images of the Earth seen from space. The camera often focuses in on one location on the planet and then zooms out, seeing everything from Saturn to the stars that surround it.

Amrani, who's also Moore's partner, details how the visual came together, from its ideas to ultimately shooting all while under the limitations of quarantine rules. Inspiration was found in vintage documentaries about the relative scale of the universe and all things outerspace.

"Me and Denai made this video during lockdown here in the UK in Margate," Amrani says. "Paying homage to Powers of Ten (1977) created by Charles and Ray Eames, we were really inspired by this idea of zooming out to the universe and zooming all the way into Denai herself. We couldn't do a lot at the time in terms of filming in a studio or anything but going to the beach and shooting close to where we lived really worked."

This idea of focusing on one subject and pushing out toward the great beyond was significant to Moore and Amrani, and further emphasizes the meaning behind "Too Close," as Amrani continues: "During lockdown we have all had a chance to reflect on the bigger picture. By everyone disconnecting we have also had a chance to reflect on our own place in our universe and we really felt like 'Too Close' as a track worked well for this concept."