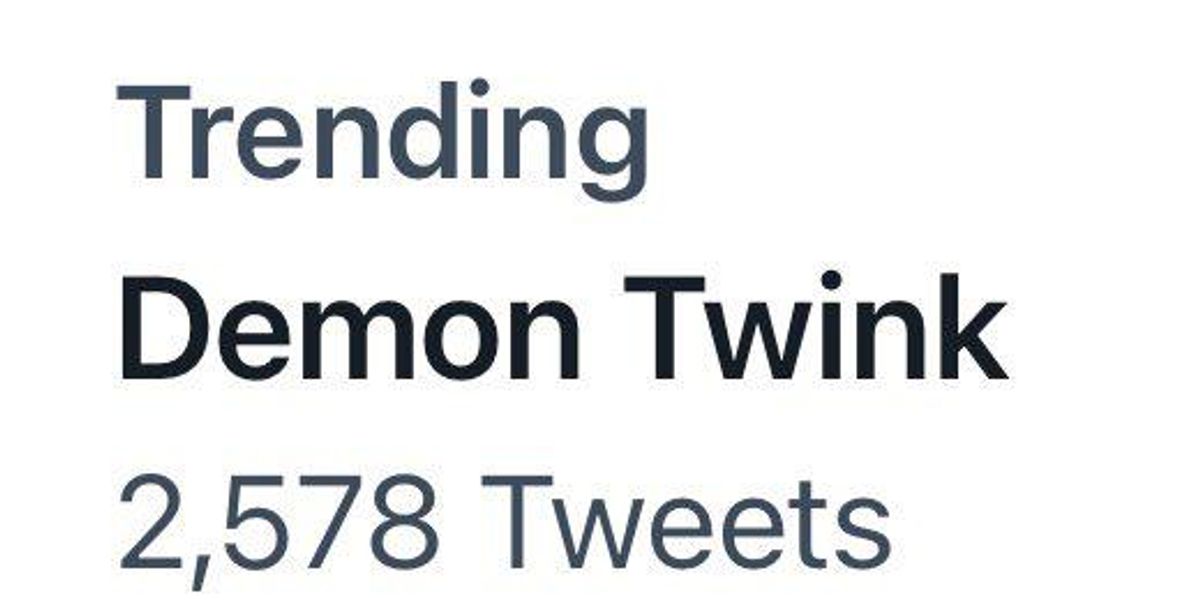 So-called demon twinks have been establishing their cultural presence for a while now. Cole Escola's character on Search Party provided a murderous prototype, and the latest episode of The White Lotus investigates the phenomenon further. Matt Damon played a Weinstein-era demon twink in The Talented Mr. Ripley, and apparently never got out of character — he's currently making headlines for overusing the f-slur. Cardi B recently wondered out loud whether out-of-control white twinks are ruining the internet, and didn't even get canceled for it.

DT discourse hit a new peak over the weekend, though, when DJ and queer party host Ty Sunderland tweeted about a lithe young guest who'd thrown a drink on his music equipment during a #FreeBritney-themed boat party, then proceeded to openly get his ass eaten in the VIP area. For fear of incurring demon twink wrath, we won't link, but there's video footage out there if you know where to look.

Sunderland, despite getting his expensive shit ruined, doesn't actually seem particularly upset about his demon twink encounter — and nor should any of us be. It's been a long pandemic, after all, and some public ass eating is certainly in order. Also, you don't buy a Britney Spears party boat ticket without expecting to take the ride.

Many are in fact choosing to celebrate the anonymous partier, even calling for Troye Sivan — more of an angel twink in our opinion — to be cast in a biopic about his exploits. Jeremy O. Harris has been tapped to write the script. A24 distribution is a no-brainer.

We stand with the demon twink, whoever he is — life is short, and so should be your in-seams. As the anxious party vibes continue in coming colder and COVID-ier months, we sense that his energy will only grow more powerful. The new era is slight of build, 18-22 and wearing short shorts. It maybe voted for Pete Buttigieg in the primaries. Pin a Getty Image of Frankie Grande to the moodboard, because Demon Twink Fall dawns.