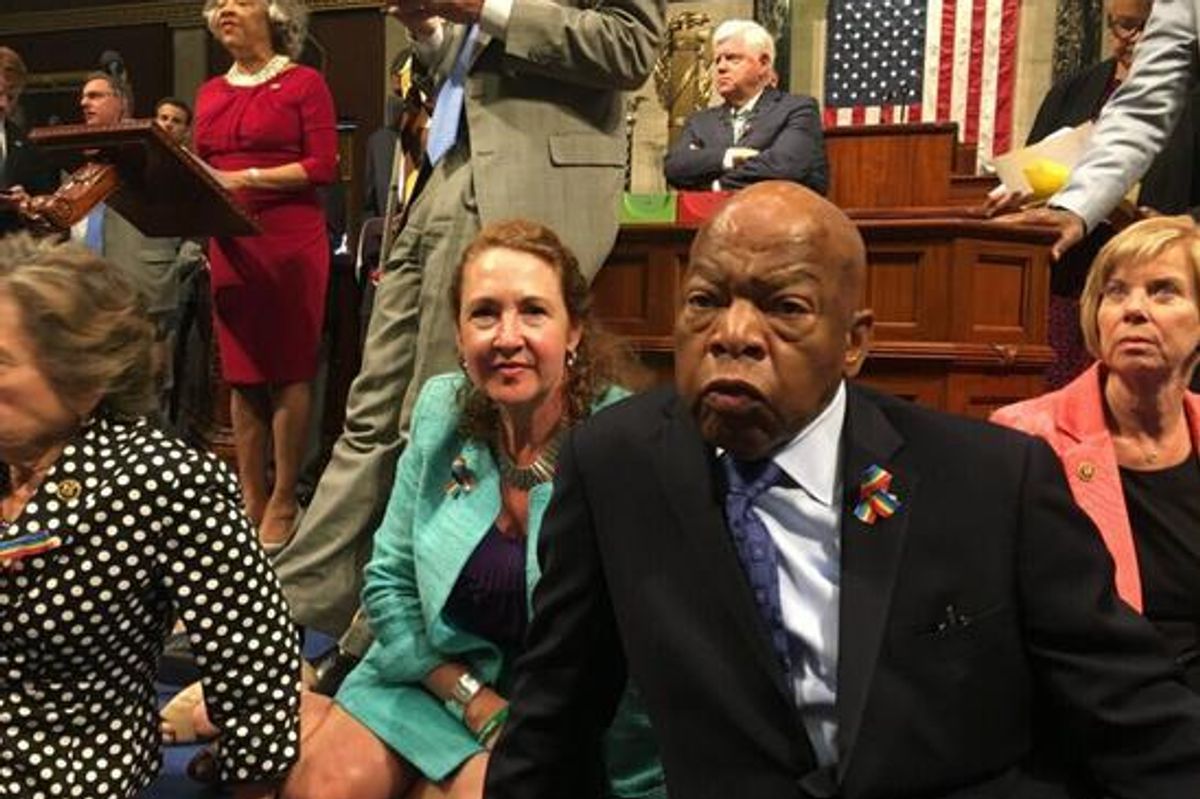 In the weak of Monday's outrageous news that the House Republicans blocked four gun control measures that would hopefully erode the mass shooting epidemic, 60 legislators, including Rep. John Lewis, are currently sitting on the House floor until this horror shitshow is remedied.

My colleagues & I have had enough. We are sitting-in on the House Floor until we get a vote to address gun violence. https://t.co/rTqrPifuUz
— John Lewis (@repjohnlewis) June 22, 2016

"We will be silent no more," Lewis said, in his address to bullish Republican colleagues.

This comes just a week after the Dems staged a 15-hour Filibuster to call on these measures in the first place, following June 12th's mass shooting at Orlando's Pulse nightclub, which killed 49 LGBT people; the amendment failed 44-56.

Here is a full list of the senators who nayed expanding background checks in gun sales: