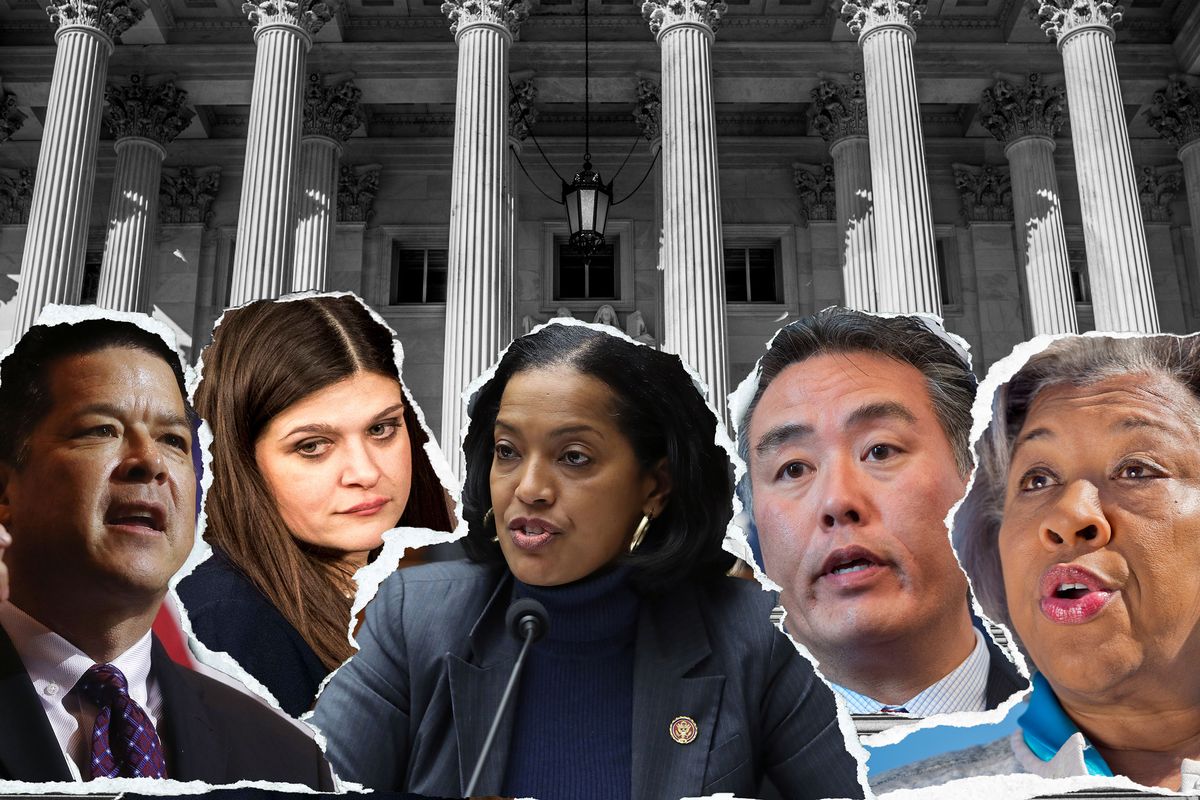 10 Democratic Representatives Share Their Top Priorities in This New Congress

PAPER had the chance to head down to Washington DC for a media mixer with Democratic members of the House of Representatives hosted by Congresswoman Maxine Waters. While there, we spoke to numerous congresspeople — including several freshmen representatives — about their top policy priorities in this new, divided government. We asked them about the legislation they'd actually be willing to work with Trump to enact, the policies favored by the President that they'll stop at nothing to change (or outright oppose) and what their goals are for the coming year.

"Immigration reform is near and dear to my heart because I'm an immigrant myself. I came to this country 53 years ago. I represent 230,000 foreign-born people in my district — it's a majority Latino district and immigration reform for the people in my district means the ability to reunite families, to provide security for them so that they can work, so they can study, so they can pursue career paths in the future. It's peace of mind, it's security."

"My #1 priority is education — I serve on the Education and Labor Committee here in Congress and right now I think [my priority] is affordable education. I worked my way through first community college then college then law school with a combination of work-study, grants and loans and it's just very, very hard to do that and not end up with a lot of debt. Affordable higher education — we want to make sure everyone who wants to do that can do it without incurring a lot of debt. That's something that should have bipartisan support — I'm willing to work with the President on anything."

"I would be willing to work with people on the other side of the aisle on financial services issues. When I think about the wealth gap, I'd be interested to walk into the White House and say, 'Women still make less on the dollar than our male counterparts. You understand finance, you understand it from the wealth side. Let's work together so we can create a workforce where everybody can pay their bills and can live and have a little left over to do some of the things that many people do relatively easy.'"

"[Marijuana] so it's a big part of our tourism economy. As we look at millennials, and things they care about, it's a lot about personal freedom, and marijuana certainly represents that. We know all the evidence is that it works, it's not bad for you, it's not as addictive and not as expensive as drugs that lead to crime, and it's a big business in my district [Las Vegas]. So I'm a part of the Cannabis Caucus, I'm on all the bills to treat marijuana companies like any small business, whether it's tax breaks or banking or not being prosecuted. In Nevada we've gone from medical to recreational, and next we'll look at public use and maybe the establishment of lounges or things like music venues."

"My campaign was fueled by young people. I really had to expand the conversation beyond canvassing and phone banking because that was not anything that made sense to them. I just engaged them in a very different way and said, 'You tell me what you're good at and we'll find a place for you in this campaign.' We had young people who were creating graphics and posts on social media, they were calling their own roundtables, they were doing Twitter chats — all these different ways to diversify the delivery of the message. We can't invite young people in and then all we do is have them put stamps on envelopes or enter data. They have to have ownership of the work they're doing. My first campaign ad was a digital video that I released on social media, against all the advice that said, 'You have to go to TV.' I had young people say, 'We don't watch a lot of TV, and we definitely don't watch commercials.' So, if you're attempting to have a conversation with young people you have to do it in a language that they understand."

"[One of Trump's policies I oppose is] certainly his take on immigration. 70+ percent of my district are Latino/Latinas. I can tell you what, these are hard-working individuals who get up before the break of dawn, they toil under a very hot sun and very arduous conditions every day and this is a President who has neither the respect for them nor the appreciation for the contributions they make to our society, our community and our economy. One of the primary reasons I'm here today as a member of Congress is because of this community."

"The things that I'm looking to work on in Congress are public education, skilled trades, the innovation economy, regional economic growth. We have a real opportunity here to expand economic opportunity outside of the Top 10 metro [areas]. My region [in Michigan] is an example of this, by the way. We have a healthy median income, we have a healthy employment, we have communities that were home to shuttered plants and that are now home to industrial parks and that are now small-to-mid-size manufacturing companies or companies that just started in peoples' garages and grew into something great and that's just in the last 10 years."

"What we're going to do on February 6th — next week — is hold our first hearing, which will address the cost of inaction as it relates to climate change. There are many who push back on the climate change concept or if they embrace it, they may be concerned of the cost of some sort of plan to address climate pollution reduction but what we want to point out is that there is already a cost in the system that's impacting them — the cost of recovery for these communities that have endured tremendous damage from Mother Nature: storms, wildfires, drought, harsh weather that has really damaged property, taken lives, which is obviously something you can't even place a pricetag on, so as we go forward, we want to cement into their thinking this cost of inaction, which is tremendous."

"The top priority along with [other] LGBT members of Congress is passing the Equality Act, making sure that we stamp out discrimination out of the law in every part of the country. There are some states that have added sexual orientation and gender identity to their non-discrimination statutes — we need to do it at the federal level to make sure that regardless of what state you live in, you're protected."

"There's common ground, in the President will go down that path, on infrastructure. Also on lowering the cost of healthcare and prescription drugs — he said he wanted to do that. But, to be frank, you know, he's pulled his punches on those things...[Trump policies I oppose] include the privatization of healthcare for veterans. I think it's the wrong direction to go. We need the right balance. The VA can't do everything so it's historically contracted out to private providers. I also want to make sure that all LGBTQ people are protected equally as non-LGBTQ people are. We need to pass the Equality Act. After watching his behavior with trans service members, I'm not confident that he's going to sign a bill but we need to show him that this is what the American people want — they want equality for all people."