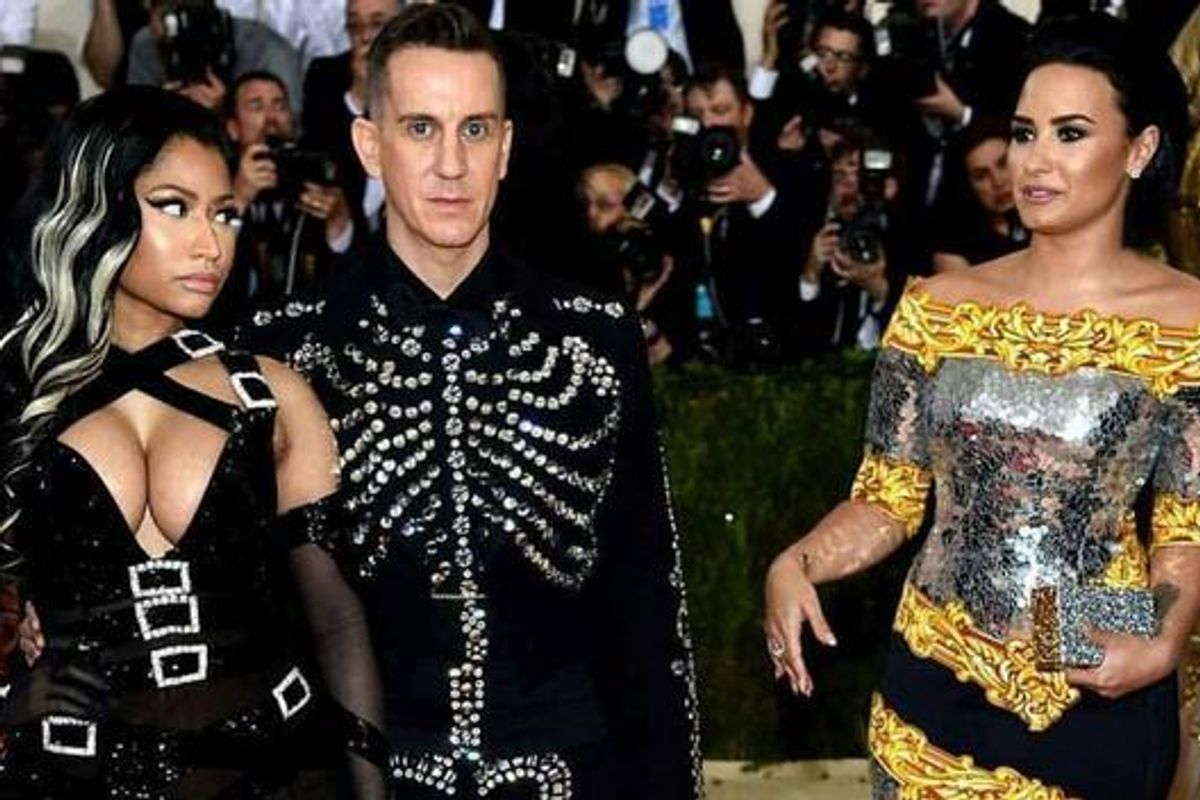 Demi Lovato Vents About Something Personal To Millions of People

The Demi Lovato/Nicki Minaj Met Ball saga continued early this morning, when Ms. Lovato took to her Twitter to share some sighs about the rumors swelling.

In case you weren't caught up, the dramz between Demi and Nicki began yesterday, when Nicki casually forgot to tag Demi in a photo from Monday's Met Ball red carpet; the two stars, clad in custom Moshino, flanked designer Jeremy Scott.

This, of course, ignited a frenzy of dueling fandoms...the Lovatics versus the Barbz.

This picture pretty much summed up my first and probably last met 😂😂😂 #cool #sofuckingawkward #notforme #sweatpants #forensicfiles #whatsgood p.s. some of y'all need to learn how to take a joke.. I'm obviously laughing at the fact that 1. I look incredibly awkward and 2. That the shade being thrown in this picture actually gives me life 🙌🏼😂
A photo posted by Demi Lovato (@ddlovato) on May 3, 2016 at 5:29pm PDT

In case we weren't sure!

She also posted a series of SnapChats, including this gorgeously melodramatic emerald:


Well, Demi's frustration with the situation she partly-instigated resulted in her venting on Twitter, because why wouldn't she?

Sometimes there's more shit going on than you see. Maybe you DON'T know every aspect of my life so maybe you shouldn't assume you know. 🖕🏻
— Demi Lovato (@ddlovato) May 5, 2016

Or maybe I rant online because people assume they know things and their entitlement to know makes me feel obligated to defend myself
— Demi Lovato (@ddlovato) May 5, 2016

I'd rather annoy people with my honesty and loud opinions than stay silent and be fake as fuck. #lasttweetofthenight #goingtosleep ✌🏼️
— Demi Lovato (@ddlovato) May 5, 2016