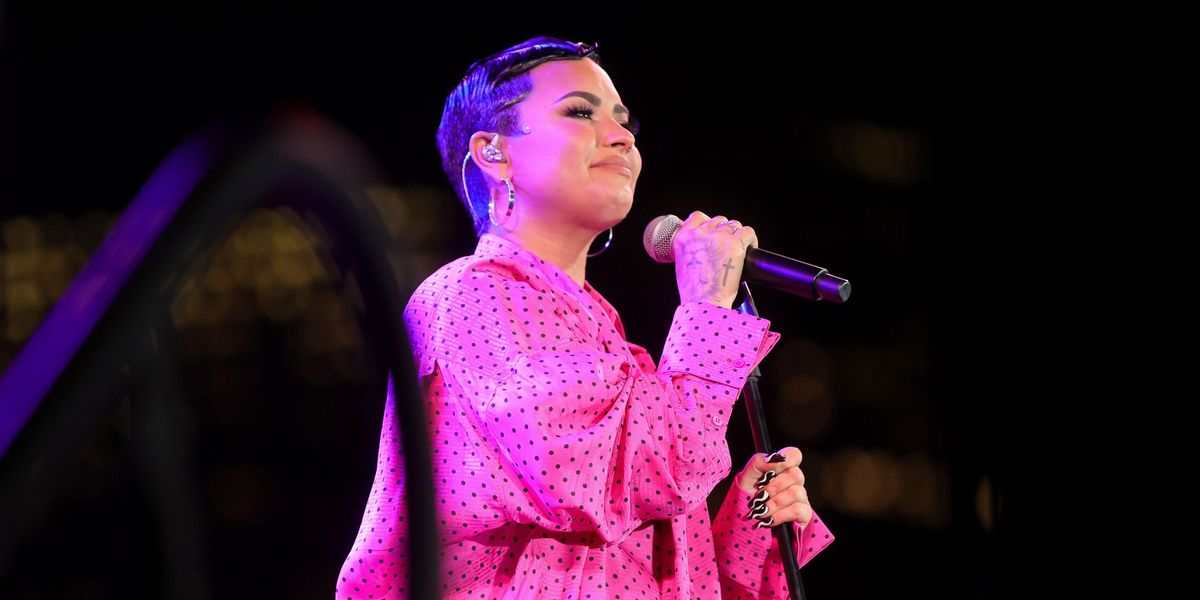 Demi Lovato Says They May Identify as Trans One Day

Demi Lovato said they might identify as trans one day.

In a recent interview with The 19th Represents Summit, the star — who came out as nonbinary earlier this year — revealed "there might be a time where I identify as trans."

"There might be a time where I identify as nonbinary and gender nonconforming my entire life. Or maybe there's a period of time when I get older that I identify as a woman," they continued before adding, "I don't know what that looks like."

Related | The Patriarchy Prevented Demi Lovato From Coming Out as Nonbinary

Lovato then went on to explain that while they identify as nonbinary "in this moment," they also "have a feeling that it's not going to ever go back to one way or the other." All of which is to say it's all about "keeping it open and free" for them.

They added, "I'm a very fluid person, and so that goes with how I express myself as well."

Not only that, but the "Dancing With the Devil" artist also touched on breaking off their engagement with actor Max Ehrich last year, saying that the relationship helped them become their "most authentic self" and stand on their "own two feet without needing someone else to validate" them.

"I met someone and I got into this straight relationship, and that was great," they said, alluding to their pansexuality. "But that led me to ignoring all the parts of myself that I didn't think were digestible for my partner at the time."