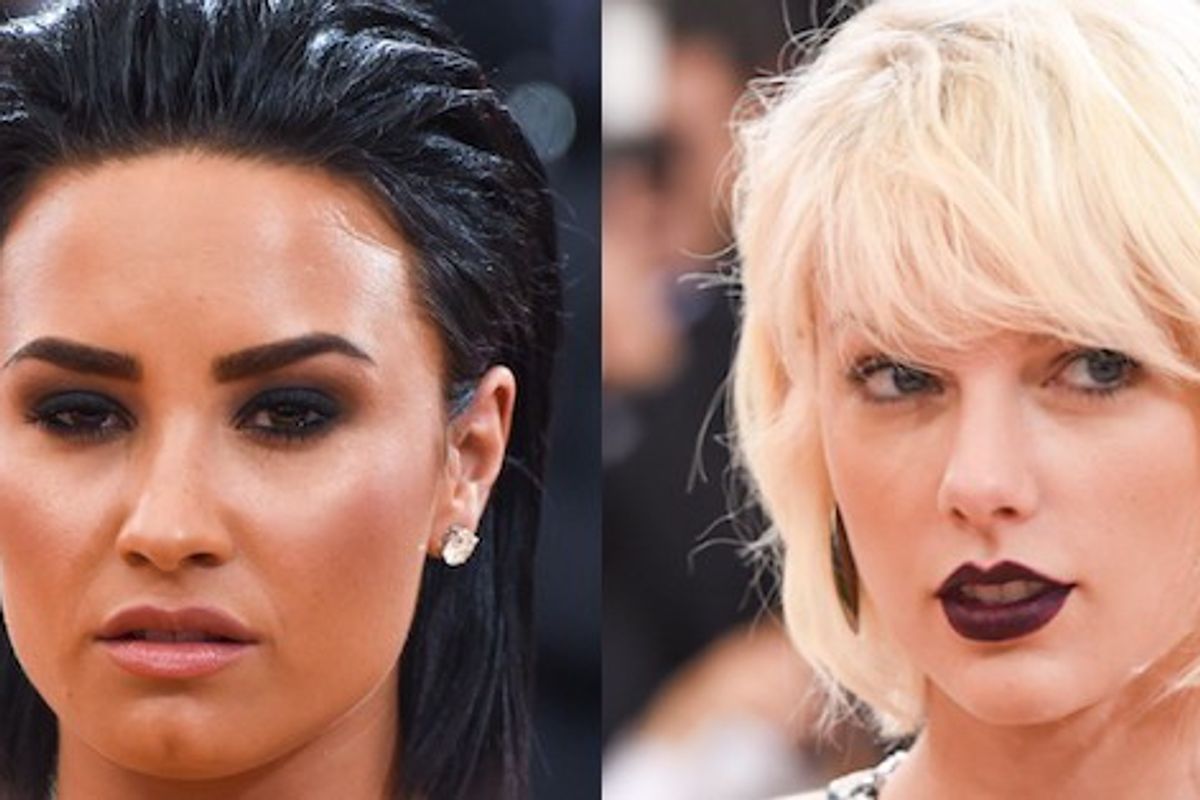 Demi Lovato On Taylor Swift: "Don't Brand Yourself A Feminist If You Don't Do The Work"

In an interview with Refinery29, Demetria Devonne Lovato cleared up those perceived subtweets of Tay-Tay Swift's feminism, in the wake of Kesha's woefully depressing legal situation with her former producer/alleged rapist Dr. Luke.

If you'll remember, Demi took to Twitter calling out "other" major pop singers for remaining silent on the matter, presumably because of Dr. Luke's tremendous pull in the industry; any felt Demi was directly shaming Taylor.

#FreeKesha 💗 this is only gonna make you stronger, you brave and beautiful girl. Prayers are with you 🙏🏼 @KeshaRose
— Demi Lovato (@ddlovato) February 20, 2016

Frustrating to see women come forward with their past only to be shot down, not believed & disrespected for their bravery in taking action
— Demi Lovato (@ddlovato) February 21, 2016

Happens way too often. I'm ready for women to be taken just as seriously as men..
— Demi Lovato (@ddlovato) February 21, 2016

The day, Kesha's camp publicly announced that Taylor Swift had donated $250,000 to help Kesha with whatever financial needs she had amidst the countless legal fees.

Take something to Capitol Hill or actually speak out about something and then I'll be impressed.
— Demi Lovato (@ddlovato) February 22, 2016

She also left a hearty comment on a Swifty fan Insta...

WELL, in this most recent interview, Demi makes sure to address that she was, in no way, trying to undermine any attention going towards Kesha's unfortunate case, but merely getting "too passionate. I get carried away on Twitter, and that's what I said, and that's that."

Listen, there's nothing positive that comes from pitting women against each other. There are women that I don't get along with and that's fine. My thing is, don't brand yourself a feminist if you don't do the work. I have an immense amount of respect for women like Lena Dunham...or Beyoncé, who make amazing political statements through their work.

The singer reaffirmed her mission on always standing up for her values, speaking again on how important it was that Kesha spoke out against Dr. Luke:

My thing was whether it did or didn't happen, this is somebody coming forward. And unfortunately, there's way too much shame put on victims coming forward talking about being date-raped, raped, sexually abused. So then people feel like they can't come forward anymore because they'll just be torn to shreds. I'm not going to stop saying what I believe in.