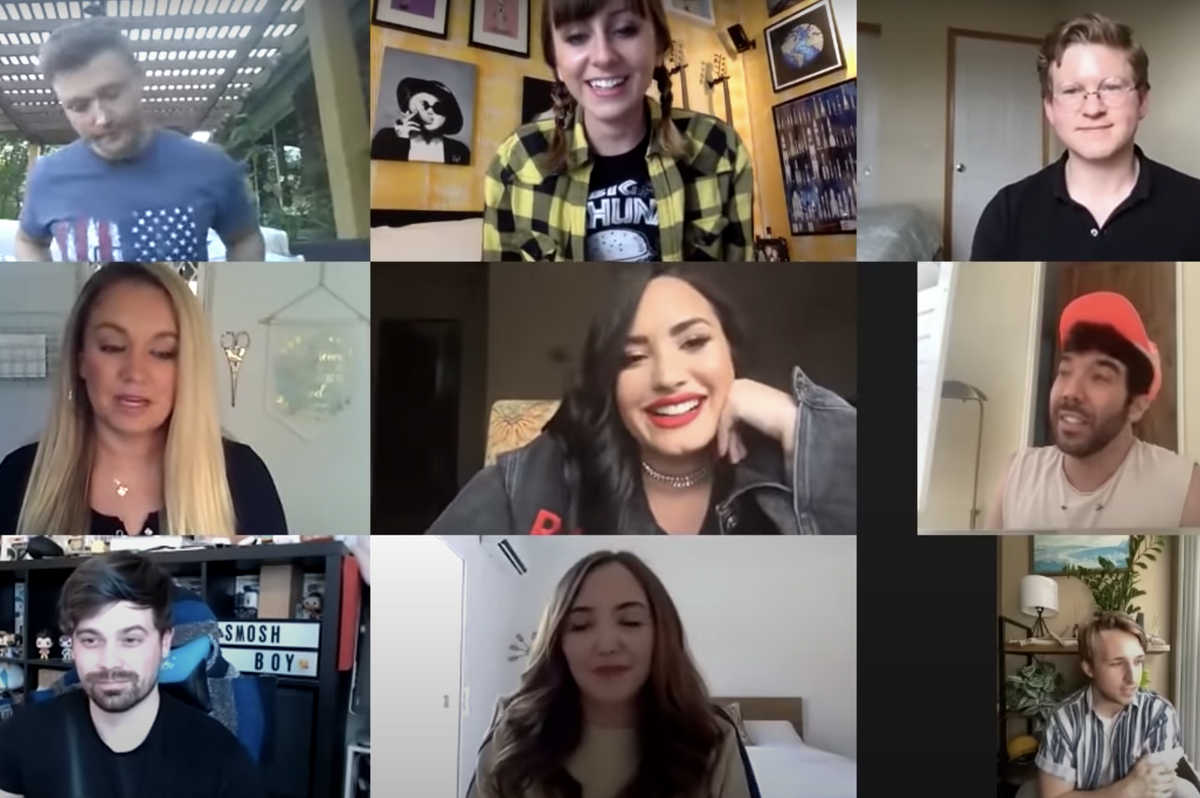 Twitter had a nostalgic meltdown this week when the casts of Sonny with a Chance and its follow-up So Random announced that they would be getting together over the weekend for a massive video conference reunion. When it was then also confirmed that Demi Lovato, the Sonny herself, would be in attendance, Lovatics braced themselves for a candid behind-the-scenes look at the show. Needless to say, Demi kept it real and didn't waste a breath detailing her experiences going to treatment during filming and leaving the series.

"I'm not going to lie, it was humbling for me, too, because when I left, you don't expect the show to go on without you," Demi replied to her co-star Allisyn Snyder while discussing the moment when Sonny with a Chance lost its star. "I just wasn't in a period of time where I was ready to go on camera again."

Fans of the show will distinctly remember Demi's sudden departure from the Sonny universe after the show's second season. She entered into treatment to address various mental health issues, like her eating disorder and depression, and withdrew from the public eye for quite some time back in 2010. This event ultimately decided the show's third season fate and storyline. The show that was once Sonny with a Chance became the much more meta So Random, sans its shining star.

Demi's time on the show and battle with her mental health weren't so much the primary topics of conversation during the reunion, but naturally they were topics of interest to fans because of the show's abrupt end and subsequent media buzz around it. When discussing their dressing rooms, she even says that hers was so hot because she "had an eating disorder and was underweight and freezing."

In a heartfelt moment towards the beginning of the conference, Demi addressed her former co-star Tiffany Thornton directly concerning their shared experience struggling with body image. "When I went away to treatment for the first time, you were my biggest inspiration coming out of it," Demi said specifically about the pressures of being a woman on TV. She describes adopting Thornton's "mentality" towards body shaming, and that she regrets wasting so much time caring about what she wore on set and spending hours in wardrobe.

While difficult, Demi ultimately noted that leaving the public eye was by far a better decision than remaining in the cast and further spiraling without a proper recovery. Although she joked about going to rehab "several times," her outlook on life these days, as well as her journey to sobriety, has been refreshed since she left the Disney Channel in the early 2010s.

Watch the full stream of the Sonny with a Chance virtual reunion below on cast member Matthew Scott Montgomery's YouTube channel.