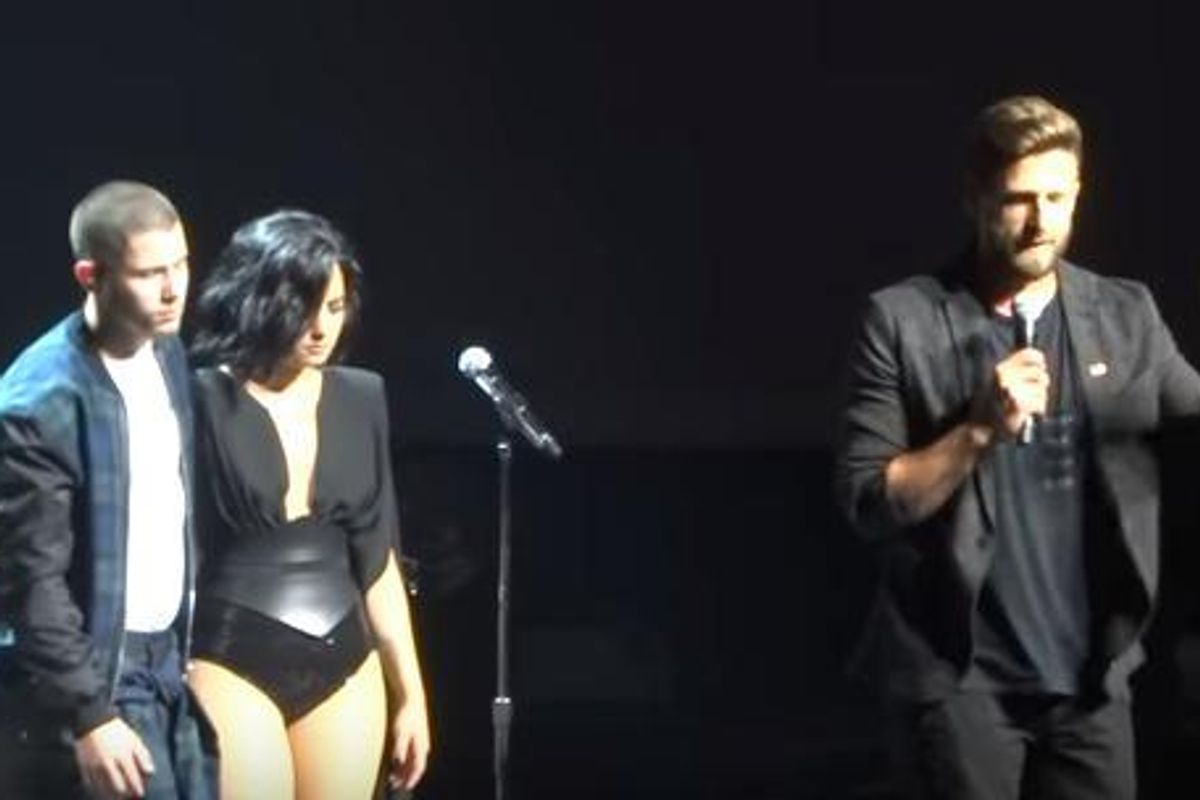 ICYMI: Demi Lovato and Nick Jonas Paid Tribute to The Victims of the Orlando Shooting

While performing at the Orlando, Florida leg of their Future Now tour, Demi Lovato and Nick Jonas paid tribute to the tragedies the city endured in the last month: the shooting at the LGBT nightclub Pulse, and the shooting of rising singer Christina Grimmie.

Joined onstage by a musical director of sorts, "Hank," and soul singer Andra Day, for a stirring piano-ballad rendition of her anthem 'Rise Up.'

As they belted, the names of the 49 victims of the Pulse massacre--plus Christina Grimmie--appared on a giant screen behind stage.

In addition, the singers invited the staff of Pulse to the show, for a private meet and greet, and prime seating for the performance.

Demi and Nick are both outspoken allies for the LGBT community, with Nick appearing at the New York Pulse vigil held a day after the shooting near the legendary Stonewall Inn.

Watch the performance below.