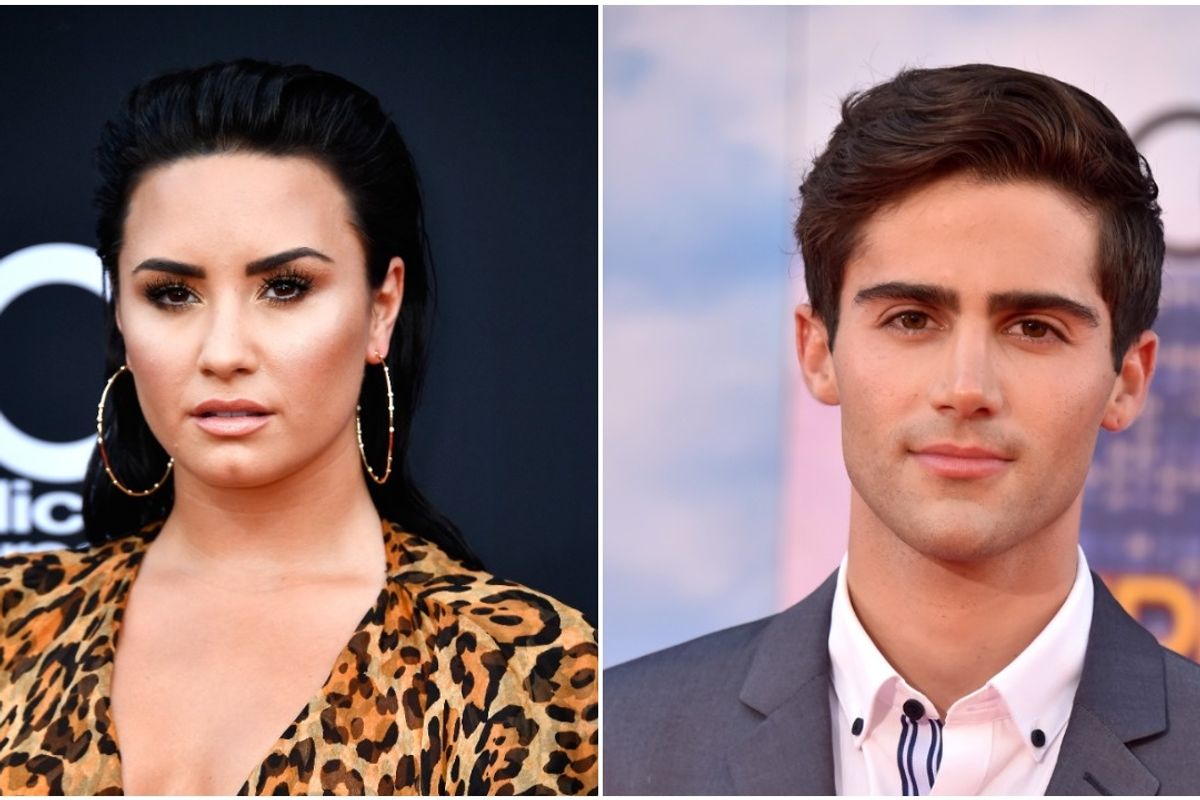 Demi Lovato's inner circle is concerned about her fiancé's intentions, according to a new report.

Earlier this week, internet sleuths found old comments in which Max Ehrich allegedly thirsted after other female stars like Ariana Grande and Gigi Hadid. However, fans were particularly disturbed by the discovery of Ehrich's "major crush" on Lovato's former friend Selena Gomez, and soon began accusing him of "using" the star "to [boost] his career."

And while Ehrich has since deleted his Twitter, Lovato publicly defended him in the wake of the backlash and dubbed the screenshots "fake." Granted, a source has since told E! News that Lovato was still "hurt" and "really upset" over the posts.

"She is head over heels for Max and doesn't want to be heartbroken," they said. "She truly cares about Max and wants to think his intentions are genuine."

That said, it appears as if her friends are now skeptical of Ehrich and his potential endgame.

"People close to Demi have expressed that they are worried and are hesitant about Max," the insider shared.

However, they went on to add that Lovato is still "truly in love" with Ehrich and has even temporarily relocated to be close to him while he shoots his new movie, Southern Gospel.

"Demi insisted on being with Max in Atlanta the entire time he will be filming," they said. "They are inseparable and she doesn't like to be without him."