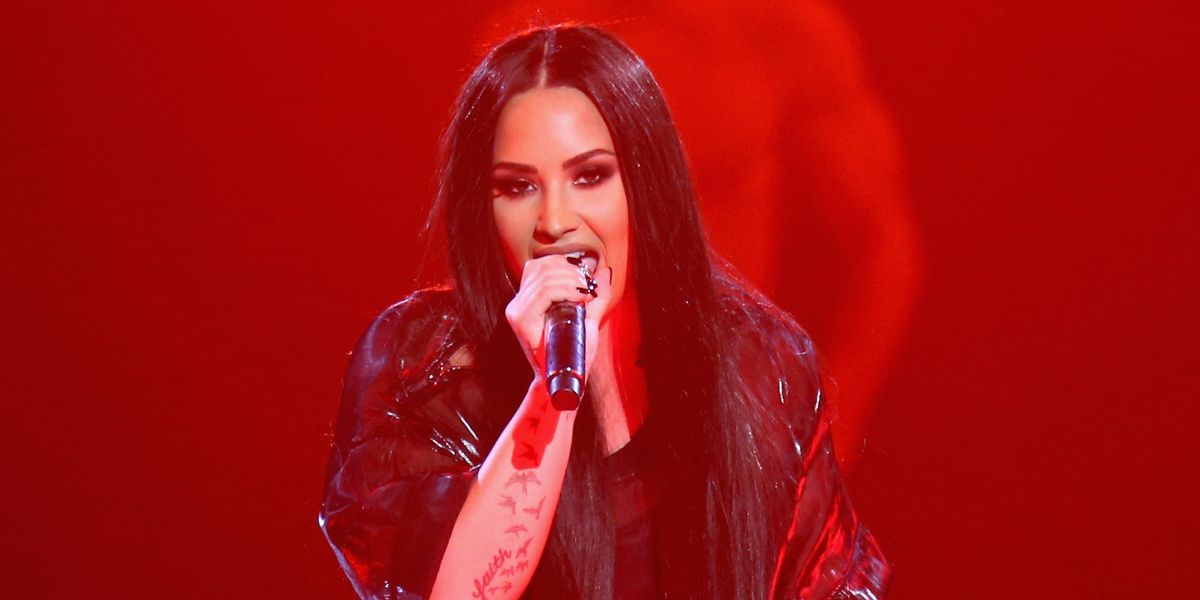 In InStyle's April cover story, Demi Lovato, who deserves all the love for being increasingly more outspoken and fearless where it counts, is "embracing her independence" in all areas of her life.

Highlights of the profile include Demi's rigorous and admirable self-care routine, a result of years of her being vocal about living with bipolar disorder, self-harm and overcoming addiction issues surrounding food, drugs, and alcohol. (See: the singer's raw YouTube documentary, Simply Complicated, at 14 million views and counting). Demi sweats it out at a boxing gym in Hollywood six days a week, sees a therapist twice a week, a nutritionist once a week, writing daily gratitude lists, and saves yoga for Sundays (even though she doesn't seem to like yoga very much).

The Powerful Leo Goddess born August 20 also discussed her sexuality and love life, saying that she's looking for someone to "treat me like a queen" (!!!) and her increasingly fluid romantic interests — "love is love, and you can find it in any gender." (!!!) OK: respect.

Perhaps most revelatory is Demi's confession that when she likes someone, she is totally unafraid to make the first move: "I'm always the one who says, 'Let me get your number.' Or I slide into their DMs on Instagram," she said.

Here for it. Imagine being the lucky recipient of said DM. Tell me you wouldn't say HELL YES to a date with Demi Lovato. What's wrong with being confident?