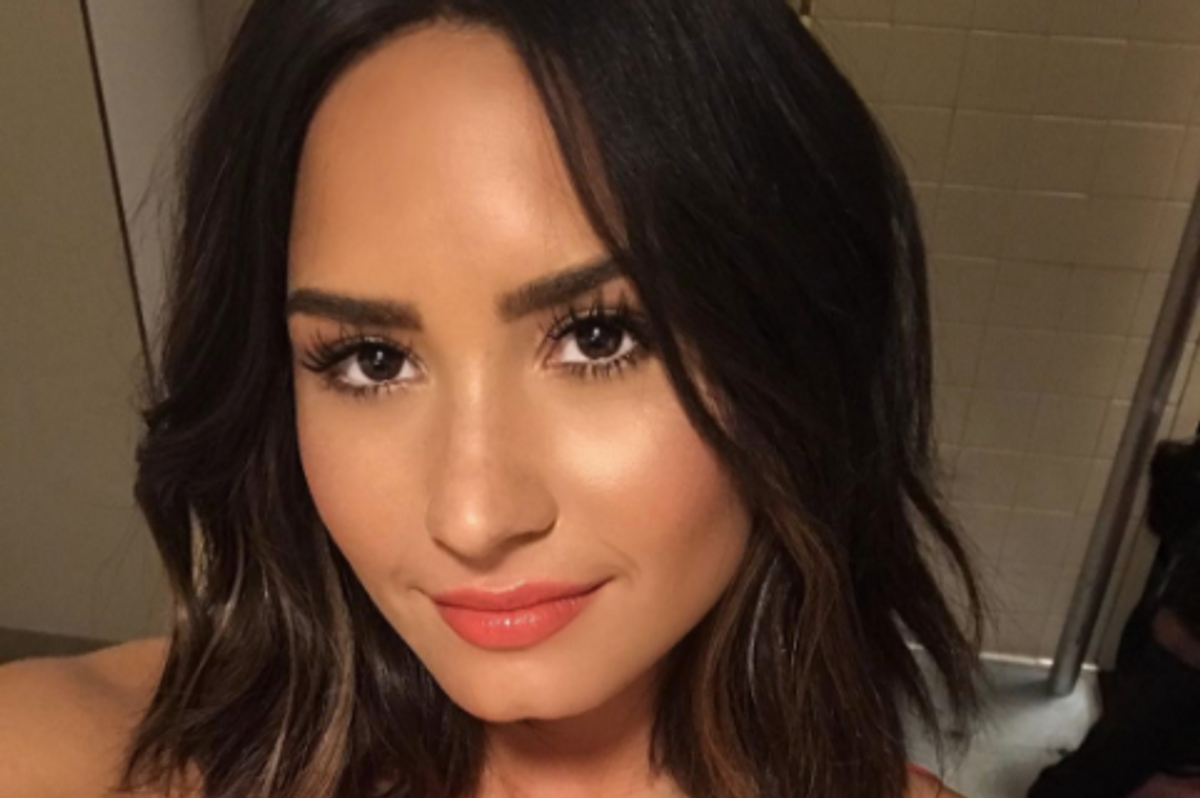 Demi has responded to the nude photo leak, saying that despite what others are feeling in her defense, she really and truly does not care:

I love how everyone's freaking out about one picture. It's not nude and it's just cleavage 😂
— Demi Lovato (@ddlovato) March 22, 2017

She also added that she has posed nude before by choice for Vanity Fair, and while the two seem like different situations to us - one consensual, one not, to start - Demi is unbothered by the whole thing.

Kudos to you, Demi, for continuing to give zero fucks.

Demi Lovato is the latest victim of the "Fappening 2.0" (gross), in which hackers have stolen and leaked nude photos of her, Amanda Seyfried, and Emma Watson.

Demi, who recently celebrated being five years sober and has been open about her struggles with both an eating disorder and bipolar, said she was quitting show business in late 2016 after feuding with Taylor Swift.

We have a feeling this latest violation might solidify that decision.