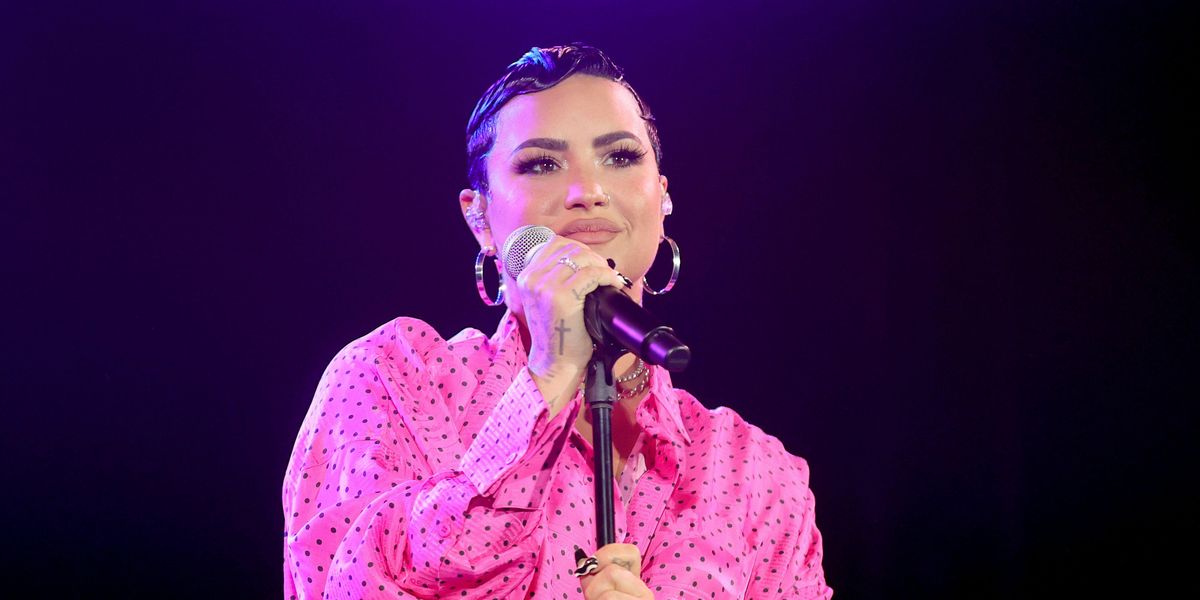 Demi Lovato is facing backlash for their appearance at a recent music festival.

Last week, the "Dancing With the Devil" singer chided Lollapalooza attendees for crowding together amidst a surge in COVID-19 cases, writing "C'MON Y'ALL!!! THERE IS STILL A PANDEMIC HAPPENING," alongside a viral photo of the large crowd. However, they're now drawing criticism of their own after performing at another big gathering this past weekend.

On Saturday, Lovato took the stage at Sad Summer Fest to perform their remix of "Monsters" with All Time Low during their headlining set. And in honor of the moment, the artist returned to their Instagram Story to share a photo of the audience which was captioned, "Y'ALL WERE SO FUN!!! THANKS FOR HAVING ME @ALLTIMELOW!"

Given their previous commentary though, it didn't take long for people to point out that Lovato was contradicting themself, with one commenter writing, "I just find it hypocritical to call out lolla's crowd and then go and perform at another festival, even if it's just for a single performance, regardless of how smaller or bigger it is."

A second person then chimed in by calling themself "a big demi lovato fan," before questioning "how are they gonna criticize lollapalooza and attend an all time low concert less than a week later," especially since All Time Low also performed at Lollapalooza last week.

I actually like demi and think they're a good person but I just find it hypocritical to call out lolla's crowd and then go and perform at another festival, even if it's just for a single performance, regardless of how smaller or bigger it is

Demi is the biggest hypocrite ever. When Miley was the headliner of Lolla they posted a pic of it with the caption “we are in a pandemic” just for them to perform at a festival a week later... I see why no one likes them and they call them the Gabbie Hannah of the music industry.

i’m a big demi lovato fan but how are they gonna criticize lollapalooza and attend an all time low concert less than a week later pic.twitter.com/Qsfwjkduos

Soooo literally less than a week after Demi shaming Lolla…. They’re at a party and also they perform with all time low at their festival tour as well?? They’re so double standard 🙄

now tell me why demi is setting themselves up like this 😭 pic.twitter.com/KhO9aXE17p

Lovato has yet to respond.