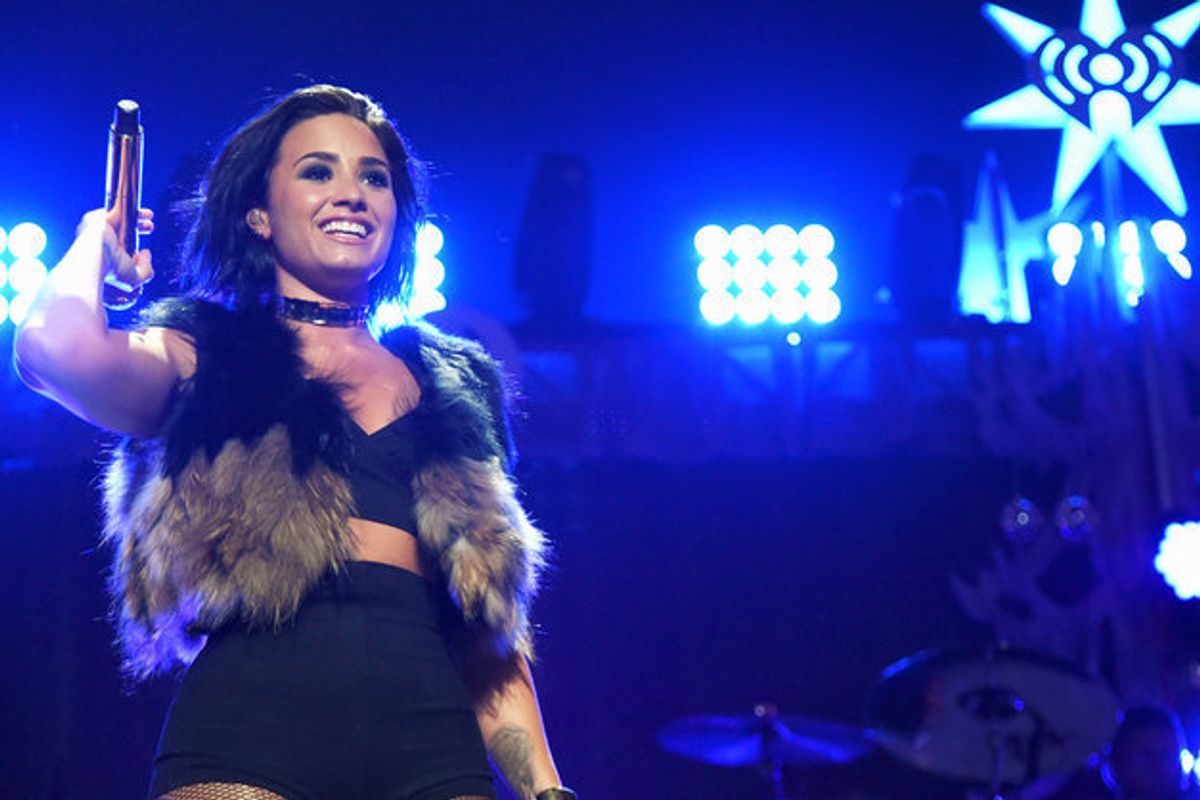 On Friday, at the iHeart Radio Jingle Ball in NYC, Demi Lovato--one of the headlining acts--fell on stage after performing "Cool for the Summer" in the set's finale.

This is actually the SECOND time Demi has fallen while performing this song.


The Jingle Ball producers must've had been yelling, "DEMI DOWN! DEMI DOWN! PAN THE FUCK AWAY!" cause we don't actually get to see said fall (at the 23:10 mark).

But we do hear a loud thud.

The next time we see Demi, she's on her back, doing some sort of bug on back in water/hungry infant motif--pumping her arms and legs back and forth in a "Well, fuck my life," motion.

She seems to laugh it off (again), waving to the crowd as a security guard helps her up, along with the mic stand she knocked over.

Following the incident, the singer tweeted this cute (albeit lame as hell) comment on eating shit:

The next time I'm in some terrible situation--either stressed at work, or on a heinous first date--I'm just going to just lie down on my back wherever I am and do "The Demi" without uttering one word.