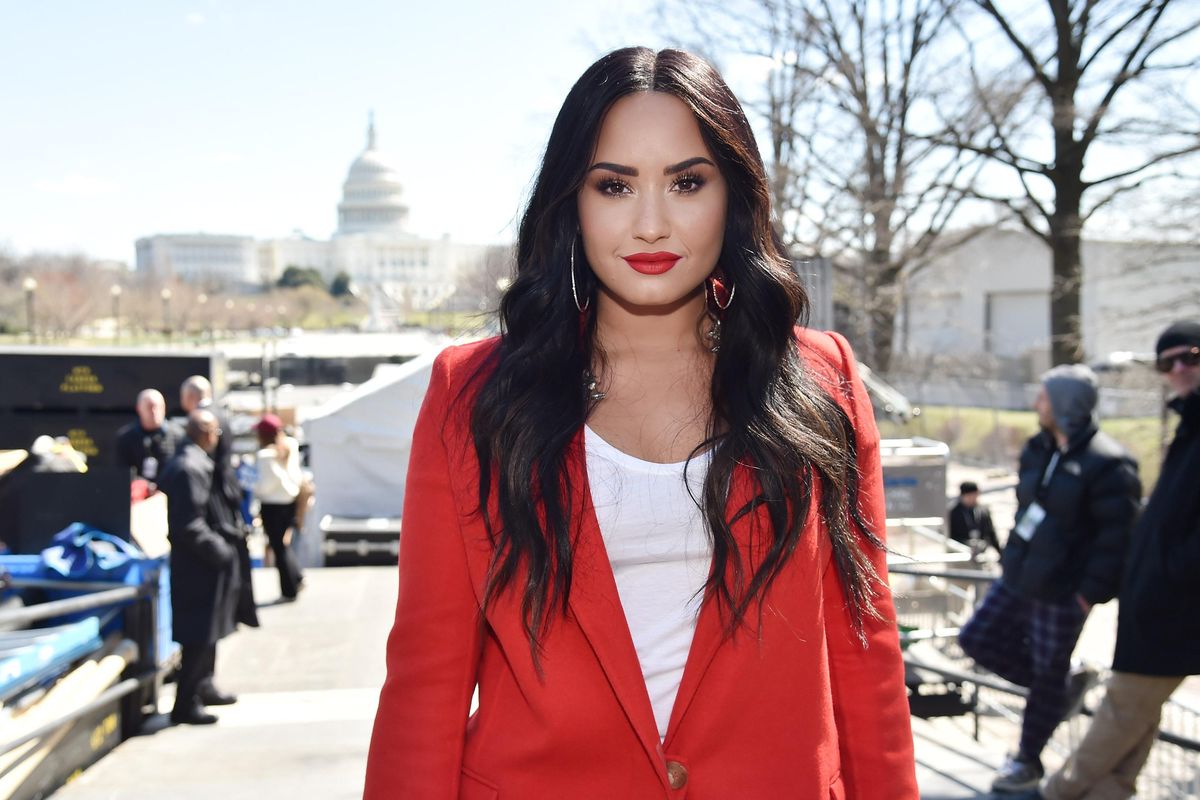 Demi Lovato Criticized for Making Music About the Capitol Riots

Demi Lovato is facing backlash for making music about the Capitol riots.

On Wednesday, the star responded to the attack by announcing that she was "working on something special after today's assault on democracy."

"My heart is broken. It makes me to sad to believe how naive I was to think this couldn't possibly happen, and yet it did. Here we are," Lovato tweeted, alongside a Black Lives Matter post about the stark difference between police handling of this summer's protests and the pro-Trump mob.

"For everyone in my comments saying 'where's d7' or wanting me to sing instead of speaking up about what needs to change in this country...THIS IS WHY I POST AS MUCH AS I DO. THIS IS WHY I CARE. THIS CANNOT HAPPEN ANY FUCKING MORE," she continued, before adding the hashtag #ImpeachTrumpTonight. "I'm angry, embarrassed and ashamed. I'm in the studio working on something special after today's assault on democracy."

THIS IS WHY I POST AS MUCH AS I DO. THIS IS WHY I CARE. THIS CANNOT HAPPEN ANY FUCKING MORE. I’m angry, embarrassed and ashamed.

I’m in the studio working on something special after today’s assault on democracy.#impeachtrumptonight

However, Lovato's tweets were quickly met with criticism from those who believed the song was unnecessary, with many arguing that she should "just open [her] fucking purse and donate some money."

"No girl pls, u can speak out whatever u want, we appreciate u using your platform but we don't need no songs about it," as one fan wrote, before a second person added, "White people burning down the Capitol and your solution is to record music."

"Demi please no. This isn't the way to raise awareness. Creating another song won't help," another responded. "You can bring awareness but don't use this as the opportunity to prompt your own music. Donate. Spread awareness. There's other ways you can help."

White people burning down the Capitol and your solution is to record music pic.twitter.com/PYs6sxg2Gg

Girl just open your fucking purse and donate some money...it does a lot more than writing and releasing songs then keeping the proceeds or profit made..like

no girl pls, u can speak out whatever u want, we appreciate u using your plataform but we don't need no songs about it ✨

And while she had a few defenders who said she may have quietly donated, others explained that her activism was coming off as "v performative," especially since she hasn't responded to violent racist comments allegedly posted by her hairstylist.

Maybe she donated in private you shouldn’t judge so quickly. She doesn’t have to tell us every single thing to the public

I get your point but I hope you start checking the people that within your circle. We appreciate your activism and ally ship but it comes off v performative when you come on here preaching when you friends are doing the opposite. You can start with firing your hairstylist

the d7 drag... exactly! but please fire your hairstylist who posted racist comments and wishing death upon a black politician the other day. please help your poc fans feel comfortable again, besides that you’re doing great and thank u

Meanwhile, others just continued to meme her announcement.

Demi Lovato in the studio working on something special after today’s assault on democracy. pic.twitter.com/0Ov8Ok0flL

Demi on her way to the Capitol to present what she cooked up in the stu pic.twitter.com/FZKksjDf0r

Lovato, however, has yet to respond to the criticism.