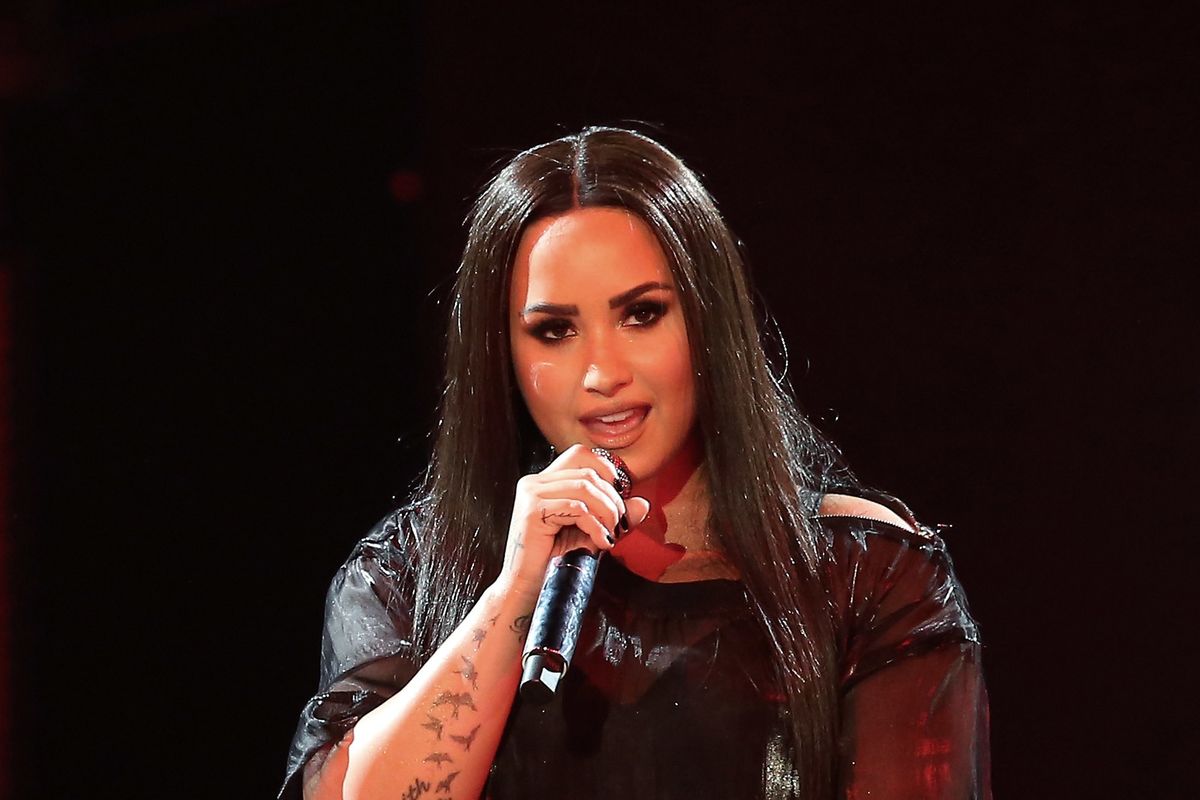 Yesterday's Super Bowl was almost overshadowed by news that 21 Savage had been arrested by ICE for overstaying his tourist visa by, uh, 14 years. While most of us thought he was from Atlanta, ICE claims he has been secretly British this whole time. Which is crazy to think about! While an ICE arrest isn't anything to laugh about (and we have learned to take everything the problematic agency says with a grain of salt), the memes were inevitable.

While some fellow musicians rushed to 21 Savage's defense, unfortunately Demi Lovato was forced to delete her Twitter account after facing heavy criticism for retweeting a joke about his newly discovered citizenship issue.

"So far 21 savage memes have been my favorite part of the Super Bowl," she wrote early yesterday evening. While this wasn't an uncommon sentiment, the tide quickly turned against her, with many users asking that she support Savage as they had supported her during a prolonged 2018 stint in rehab.

ALL THE MEMES AND SHIT AINT FUNNY WHEN SOMEBODY GOING THROUGH SOME PRAYING FOR MY DAWG AINT SHIT FUNNY HIS FANILY DEPENDING ON HIM
— OFFSET (@OFFSET)1549249568.0

Damn. We was def Demi Lovato fans. When she was going through her shit I remember being on the tour bus and Savage… https://t.co/vIRuLZN9vO
— Undrdog Kei (@Undrdog Kei)1549251547.0

Lovato then shared a meme comparing Savage to Shakespeare, a known Brit, and backtracked by saying that "FYI this is the shit I'm laughing at.. not the fact that anyone is getting deported."

The criticism kept coming, though, and she was forced to delete the account. She uploaded screenshots of some of the abuse to her Instagram Story, which remains active.

Further proof that it's hard to tweet while famous! Although Cardi B remains eternally good at it: she continued to wage war against Tomi Lahren last night, when the FOX commentator gleefully posted an article about 21 Savage's arrest.