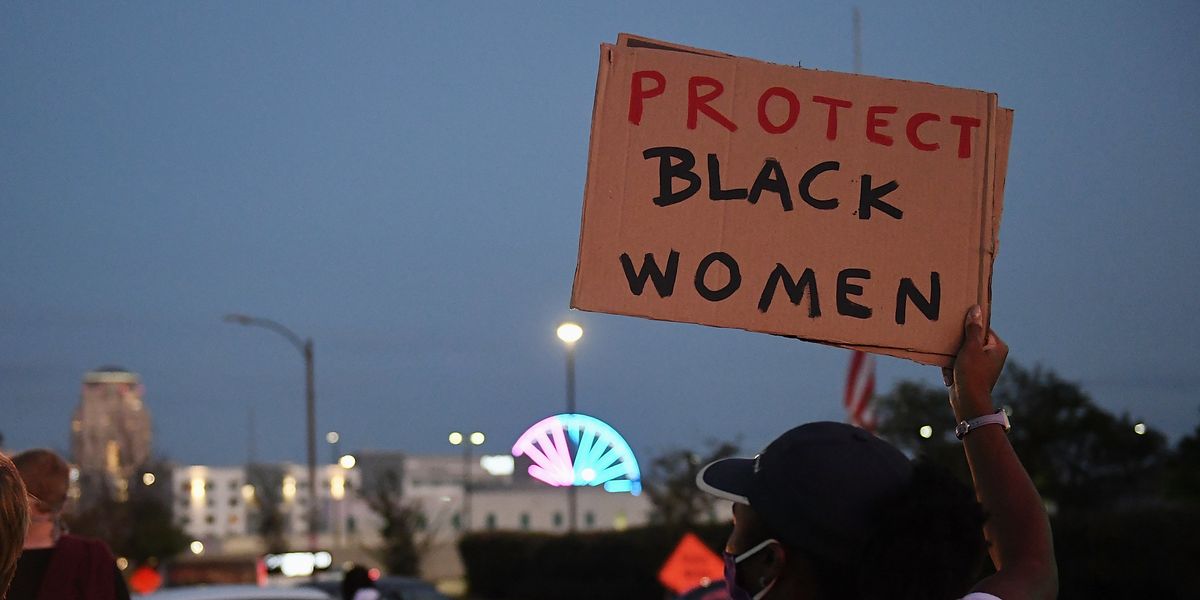 No officers have been charged for Breonna Taylor's murder, and one indictment — wanton endangerment, unrelated to Breonna's death — by no means marks the end of the fight against police brutality and discrimination. Here's how you can continue to demand justice for Breonna. We will update this list as more information and action items become available.

Related | One Officer Has Been Indicted in Breonna Taylor's Case

Donate to Breonna's family and foundation created by her mother, Tamika Palmer.

The GoFundMe supporting Breonna's family (and now a number of causes, including police reform) has raised over six million since it was created on June 2. The site also contains information, such as phone numbers and email addresses and Kentucky (and more specifically, Louisville) officials, so you can donate and take action via emails and calls here.

The Black Lives Matter organization in Louisville is organizing a number of efforts to support community members and demand justice for Breonna. You can support general funding for the organization here, or visit their Linktree for other causes in need of funds, such as their housing efforts.

Protestors are on the streets in Louisville and across the nation, putting their own lives on the line to enact change. The pandemic has caused obstacles for organizing, but you can still donate to support those who are able to go out and join the fight. Donate to the Louisville Community Bail Fund here and The Bail Project, which supports bail funds nationwide, here.

Work to divest from the Louisville Metro Police Department.

Color of Change, in partnership with Black Lives Matter Louisville, is hosting a petition asking the city of Louisville to divest from its police department and "invest in communities" instead. The petition is addressed to Louisville's city council president, David James, as well as the other council members. It notes that the city's budget currently allocates 38% of funds to LMPD, and "Justice for Bre means holding them accountable and using your full power to ensure this never happens again. Black people need investment in communities, and not more police." You can sign here.

Additionally, Ultraviolet developed a petition asking UPS, Humana, Ford and Kroger, four major Louisville employers, to divest support in the LMPD. According to the site, "UPS, Humana, and Kroger have employees on the board of the Louisville Metro Police Foundation." Ford, on the other hand, is a supplier of police vehicles. Read more and sign the petition here.

In June, Senator Rand Paul introduced the Justice for Breonna Taylor Act in the Senate, which would call for a nationwide ban of the use of no-knock warrants by police. Contact your senators — which you can find more information on here — and ask them to support the legislation. Fund the campaign by Loralei HoJay to place Justice for Breonna Taylor Act billboards in Frankfort and Louisville, Kentucky here.

Photo via Getty/ Michael B. Thomas