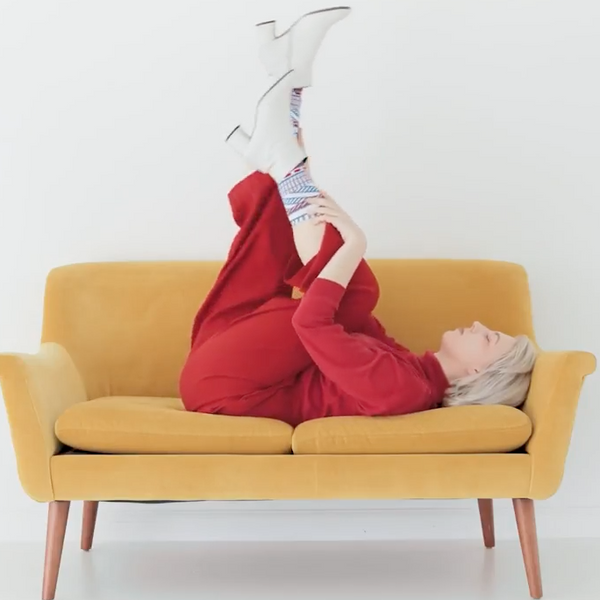 Husband and wife duo Aslyn and Kalen Nash make dreamy, jubilant synth pop as DEGA. Before collaborating together, the two had established music careers. Aslyn had released two records, Lemon Love and The Dandelion Sessions, and toured as a keyboardist and backup singer with Kesha. Kalen, whose band Ponderosa was signed to New West Records, had released two albums, Moonlight Revival and Pool Party, as well as a solo album called Ukred. In fact, it was the business of their career schedules that prompted them to collaborate so that they could see each other more often.

Their decision clearly paid off. The new Tropico Photo-directed video for their song "Ocean Love" is crisp, clean, and colorful, like if an IKEA catalogue was brought to life by Glossier's creative team. Dominated by primary colors, the video creates a world of popped bubble gum, geometric dance moves, blue tights, and turtlenecks cut down the back. Back by the song's gurgling, glittery synths and shimmying drums, the video feels sunny and uplifting.

Related | Petal's Jubilant Rock Shows You Can Thrive Despite Your Anxiety

Aslyn says of the video, "I am a classically trained pianist and I tend to move in a structured way. With DEGA, we would start something and it would move and change and find its own way. That is a lot of who Kalen is, both musically and personally. He's an open and spontaneous person — that's how he maneuvers through life."

Kalen adds, "I love pop music and working with Aslyn has helped me embrace that. And knowing that she's going to show up and kill it every time, in the studio and live, is one of the most pleasurable things to happen in my career."

Check out the video, below: