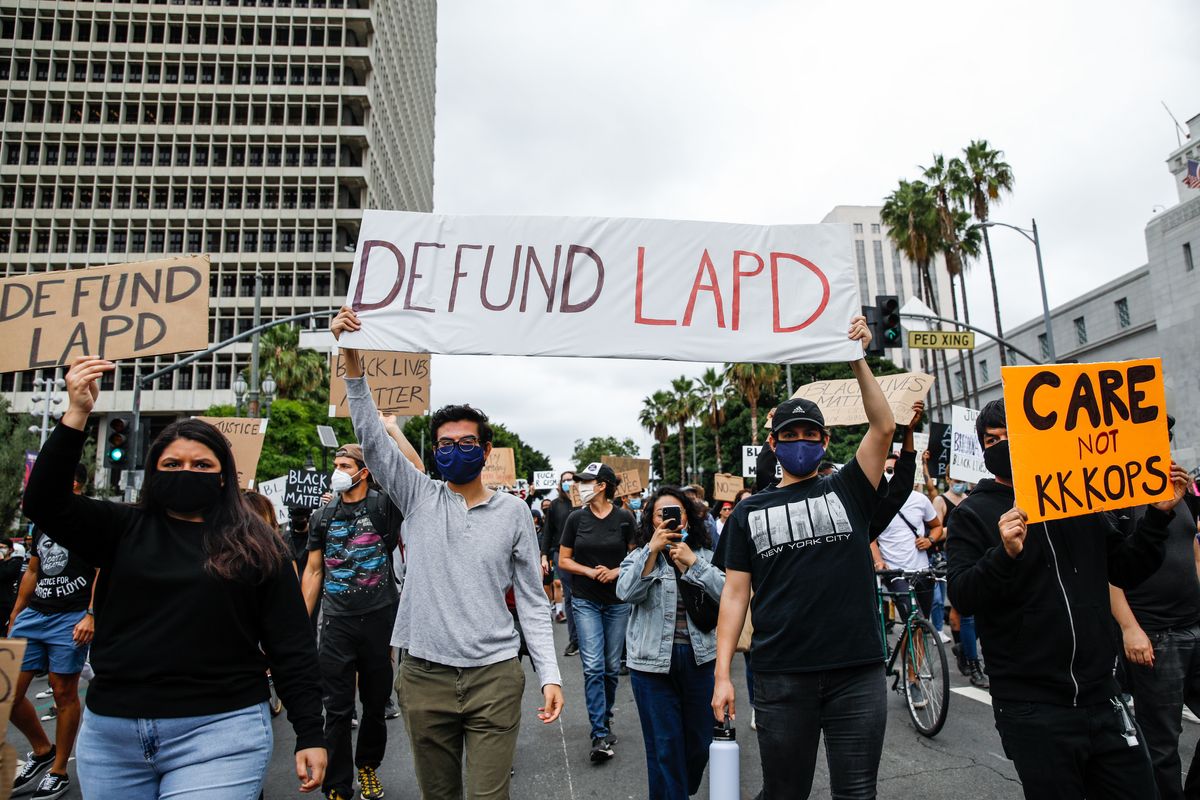 This Album Aims to Defunds the LA Sheriff's Department

For nearly two months, ongoing protests have gripped the nation with Black Lives Matter activists and allies calling for an end to police violence. The rallying cry? Defund the police and reallocate funds from the force into community response resources.

In Los Angeles County, #DefundTheSheriff has been gaining momentum and LA-based musicians, including Vic Mensa, Aloe Blacc and Lauren Jauregui, are on board with the mission.

The three artists, and several others, collaborated on Defund the Sheriff: a compilation album dedicated to a campaign that calls for the defunding of the Los Angeles County Sheriff's Department and shifts the money to mental health resources, housing, rehabilitation and more.

"The prison industrial complex of The Divided States of America is one of the greatest stains ever to blemish the bloody flag that is America," Mensa said in a statement. "The sheriff is little more than the militarized arm of this oppressive system; it is our duty as revolutionaries to challenge and dismantle white supremacy to the furthest extent possible within our lifetimes, by any and all means necessary."

Tracks on the album include "Largest Jail System on Earth," which features Mensa, Jauregui and Richie Reseda speaking through direct call-to-action lyrics like, "Let's invest in people, not punishment/ It's time to defund the sheriff." Elsewhere on the album is Blacc alias Avery Blackman's "Black Is Beautiful," produced by Blacc, and Reseda and Aja Monet's "There Is Another Way," which opens with the line, "Before a movement happens, it is imagined, summoned by the elsewhere."

The album was produced in collaboration with #SchoolsNotPrisons, Question Culture, Reform LA Jails and JusticeLA, who recently published a breakdown of the Los Angeles County's jail expansion proposal. The plan would build two brand new jail facilities with a $3.5 billion budget — more than the budget of the entire sheriff's department.

"It costs taxpayers $65,000 a year to incarcerate someone with mental health disabilities versus between $20,000 and $25,000 a year for permanent supportive housing in the community," JusticeLA wrote on its site.

The Los Angeles County Sheriff's Department receives a $3.3 billion annual budget, and a recent proposal would cut just $162 million, according to the Los Angeles Times.

Listen to the full album below, and continue opening your purses for BLM protestors nationwide by clicking here.