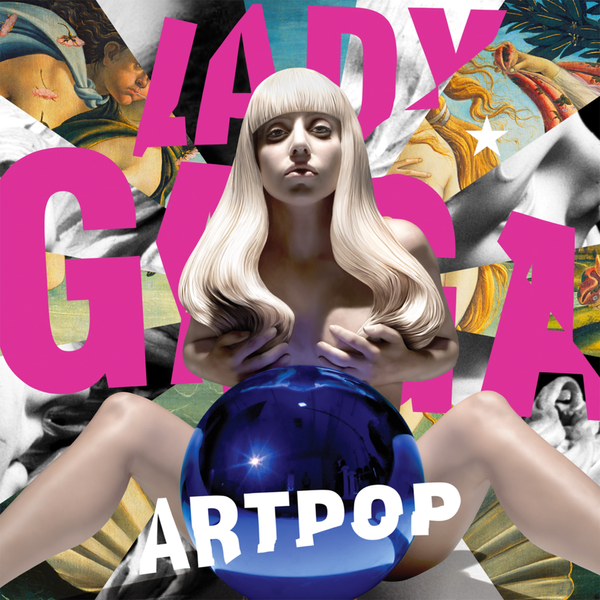 In Defense of Lady Gaga's 'ARTPOP'

In 2014, an artist named Millie Brown vomited on Lady Gaga at SXSW. Even if you weren't a fan, you probably saw it on Twitter. The regurgitation happened on a mechanical bull as Gaga was performing "Swine," a spastic, unrelenting techno banger about the ugliness of desire off the pop star's third studio album, ARTPOP. The stunt was an outrageous, ridiculous, unforgettable piece of performance art. Unforgettable to some, at least.

On Monday, Lady Gaga emerged from a post-Enigma ice bath for long enough to contact the ghost of Lina Morgana, retrieve her Twitter password, and fire off a missile that hit Little Monsters everywhere like a swift punch to the throat. In just four words, Gaga strayed even further from not only her fandom, but her own opus. It may only have been her most recent betrayal, but it was unquestionably her most egregious.

"i don't remember ARTPOP," the musician wrote. 240,000 likes and 35,000 retweets later, the seismic hit to the internet is only now beginning to stabilize.

Twitter promptly imploded, with responses ranging from hilarious to outraged. "Gaga said 'sorry to this G.U.Y.," someone joked, referencing a single off the album. Meanwhile, the pop star's long time supporters were laughing through their tears: "Gaga really shaded ARTPOP," one fan lamented. "I endured all the hate all these years from defending it but the call is coming from inside the house!"

ARTPOP has been something of a barometer for how invested and well versed Little Monsters are in Gaga's discography since it was released in 2013. Despite what Ms. Germanotta has said about Joanne being her most personal record, ARTPOP comes from a place of such deep human pain that no invocation of Gaga's dead aunt could compare. The artist had already been working on the follow up to Born This Way, but the massive success and cultural impact of that album had catapulted her to a level of fame so high that a comedown was all but inevitable.

Disaster struck in February 2013 when Gaga famously injured her hip while performing "Scheiße" in Montreal. "The surgeon told me that if I had done another show, I might have needed a full hip replacement," she told Arthritis Magazine in 2017. "I would have been out at least a year, maybe longer." Music was Gaga's "way of overcoming a lot of pain and anxiety. If you give yourself to your creativity and imagination, it can help you overcome anything."

While Gaga had built elaborate worlds around her albums before in her stage shows and music videos, ARTPOP sought to bridge the gap between the high brow art world and the messy, glamorous brutality of pop culture. At the ArtRave, a release party for the album, Gaga exhibited new works by some of the art world's biggest names — Marina Abramović, Inez & Vinoodh, Jeff Koons, and Robert Wilson. She also debuted the Volantis, "the world's first flying dress." During live performances Gaga seemed filled with a restless, almost manic energy, but one that was channeled so fiercely towards her art it was impossible to look away from. She vacillated wildly between art and pop — when she wasn't practicing the Abramović method or appearing in the Louvre in Robert Wilson's video portraits, she was annihilating men with the help of the Real Housewives of Beverly Hills in her music videos. "Pop culture was in art," she warned us. " Now art's in pop culture in me." And she delivered!

This isn't to say that ARTPOP is without problems. There was the app she promised that never fully manifested, which was only one misstep in the album rollout — "Applause" should never have been the lead single, and had it been "G.U.Y.," we might be living in a very different America. "Gypsy" was written and released before we were having a broader cultural conversation about cultural appropriation and what kind of things white people aren't allowed to call ourselves. Years after R. Kelly had been accused of sexual abuse and child pornography, which included urinating on an underage girl, Gaga declared that he could do what he wanted with her body, a decision she's come to regret and attempted to atone for by removing his feature on streaming services and rereleasing a solo edit.

ARTPOP was both a critical and commercial flop — and stans were making memes about ARTFLOP before memes or stan Twitter were really a thing — and Gaga has said "the whole industry turned their back" on her during the album cycle. "I became very depressed at the end of 2013," she told Harper's Bazaar in 2014. "I was exhausted fighting people off. I couldn't even feel my own heartbeat. I was angry, cynical and had this deep sadness like an anchor dragging everywhere I go. I just didn't feel like fighting anymore." She seemed to place the blame for the album's failure at members of her team who "lied to" her. One week before ARTPOP's release, she parted ways with longtime manager Troy Carter, who'd been working with her since before "Just Dance."

Like the bird she appeared as in the "G.U.Y." film, Gaga flew too close to the sun and was sent hurtling back to earth. Her follow up projects are about as far from the pop maximalism of ARTPOP as possible: 2014's jazzy Cheek to Cheek with Tony Bennett, 2016's yeehaw Joanne, and of course... A Star Is Born.

If Joanne was a preview that Mother Monster had strayed from her roots as a gloriously talented outcast who'd somehow snuck into the party, A Star Is Born taught us that she'd actually been invited to the party and was now hosting it. The press cycle leading up to the film's release was so controlled it eventually stopped being newsworthy, with Gaga repeatedly dropping into her best actress voice to explain that "there can be 100 people in a room, and 99 don't believe in you, but one does." It was clear to those of us who have been with Gaga since the beginning what she meant: after ARTPOP, those 99 people she'd won over with her raw talent and relentless ambition had given up on her, and now one man — a man who forced her to wipe off her makeup during an audition — had told her she was valuable, not as pop's queen of the freaks, but as a pop rock ingénue. The parallels between Ally and musician Gaga were uncanny. In fact, the weirder Ally got, the more A Star Is Born nudged and winked. Ally's art was only valuable and valid when stripped bare of the artificial trappings of pop music; it was the anti-ARTPOP.

And so here we are. It's 2019, and Gaga is an Oscar-winning Las Vegas regular who doesn't "remember" an album she called a "'rage' of electronic passion and fury" and "a celebration of obsession" — an ambitious project she insisted would herald a "new age" in which "art drives pop, and the artist once again is in control of the 'icon.'" Arguably, Gaga is now the most powerful she's ever been — with a Super Bowl halftime show, an Oscar, and a beauty brand as part of her empire — but is she using that power to make the kind of art she once championed? We'll have to wait until LG6 is released (if it ever is) to find out. But fans who have journeyed to see her Vegas residency Enigma could wonder that even when Gaga is performing material from ARTPOP, she might not believe in it the way we still do.

"I will not allow the music business to tell me what I can and cannot be to be a pop star," Gaga claimed in 2013. "I am the artist. I tell you what I am." In disavowing her most painfully personal work, Gaga has told us who she is. For those of us whose lives Lady Gaga changed with her music, who can't escape the power she holds over us, we need to accept that Gaga will continue to disrupt our expectations — and isn't that what we've always wanted from her? Whether or not she remembers ARTPOP anymore, we sure as shit do.