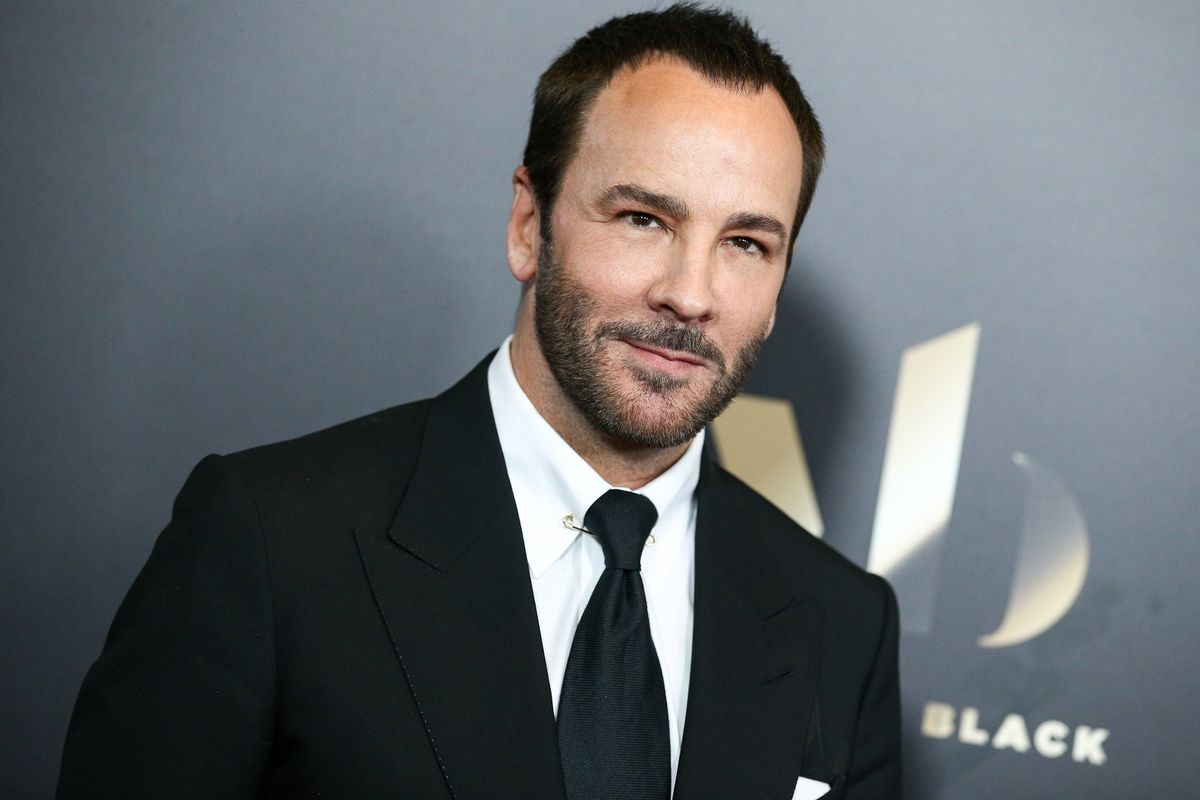 Part fashion interview, part Turing test, Taffy Brodesser-Akner's new GQ profile of immaculate fashion Virgo Tom Ford is a wild ride from start to finish. From detailing Ford's "three to five daily power baths" and his 4-year-old son's obsession with wearing camel ("camel, camel, camel, camel, all he wanted was camel"), to his musings on death inspired by puppies and his disgust at the mere suggestion of sweatpants, the profile represents a rich tapestry of truly exotic, breathtakingly specific fancy lifestyle choices. Put on your finest daytime suits (for God's sake), and enjoy the five wildest passages below:

On puppies (and death):

"I look at a puppy and I think, 'Oh my God, that puppy's so beautiful. Oh, it's just going to be old and die.' And that makes that puppy even more beautiful."

On his son's "tacky" dinosaur shoes:

A sore subject in the Ford household: Jack has some light-up dinosaur shoes, and sometimes he tries to wear them to school, and when Ford catches him doing this, he has to step in. "What does Dada say about the dinosaur shoes?" "They're tacky." "And when are we allowed to wear them?" "On weekends." And so the Velcro Stan Smiths go back on Jack's feet while he looks achingly at his light-ups, counting the days until they can have their brief, private, unphotographed moment in the sun.

On sweat pants (literally, how dare you):

At one point, I asked Tom Ford if he owns sweatpants, and that did not go over well. He looked hard at me, trying to ascertain if I was kidding, and furrowed his brow; he has a great dermatologist and despite some filler and some Botox, he has a full range of movement in his face. I looked at him with wide eyes and an expectant smile, and once he determined that I was serious, he said no in a way that made me not follow up, then also "I mean, really, no" and "No, absolutely not."

"Here is the city of Los Angeles"—he holds his hands up, one above the other, about two feet apart—"and above them is an oil slick. The oil slick are the interesting, smart, intelligent people who are stylish, who you could have a conversation with, who'd want to be friends. Then"—and here he indicates the rest of the space—"you have morons."

On whether or not all men should be penetrated (they should):

Yes, he says, all men should be penetrated at some point. And not as in emotions. He means: All men should be fucked. "I think it would help them understand women," he argues. "It's such a vulnerable position to be in, and it's such a passive position to be in. And there's such an invasion, in a way, that even if it's consensual, it's just very personal. And I think there's a psyche that happens because of it that makes you understand and appreciate what women go through their whole life, because it's not just sexual, it's a complete setup of the way the world works, that one sex has the ability to literally—and is expected to and is wanted to—but also there's an invasion. And I think that that's something most men do not understand at all."

Thank you Tom Ford, for teaching us how to live. BRB, burning my athleisure in a tasteful fireplace overlooking the Los Angeles skyline.