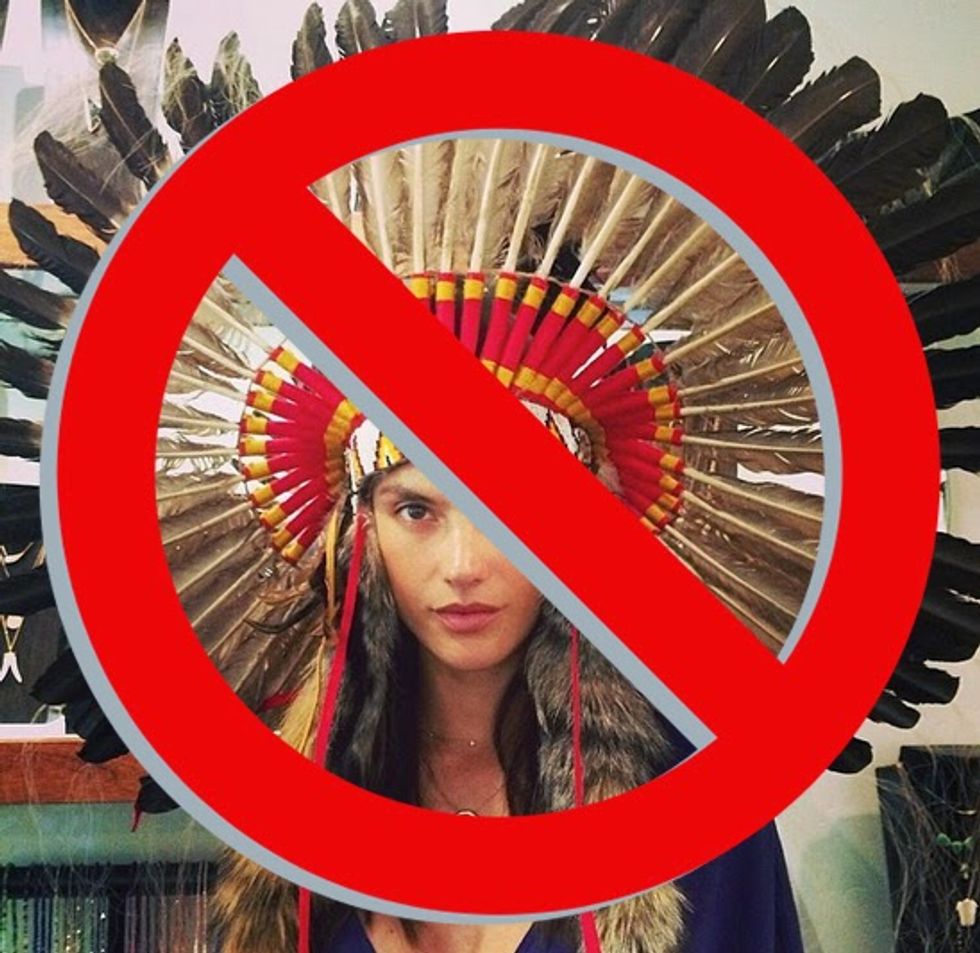 #DearNonNatives Is the Important Native American Hashtag You Need To Read

By Sandra Song
PAPERMAG
photo by Beyond Buckskin
#DearNonNatives is a new Twitter hashtag that's been floating around since last Thursday with the aim of spotlighting Native American voices that are so oft overlooked. After all, as rapper Mykki Blanco recently put it, it's no secret that the United States has a shocking and troublesome legacy of blatantly ignoring huge issues affecting Native communities who are disproportionally killed by police, and experience some of the highest rates of sexual violence, poverty, teen suicide and health problems in the nation.
The hashtag is also meant to draw attention away from the Eurocentric perceptions of Native Americans that are often mired in hateful, archaic stereotyping Ã  la "go back to your country" slurs (uh, you mean, here?) and buying "Pocahottie" Halloween costumes.

#DearNonNatives Stop telling people to "go back to their country. You're not indigenous to this land,nor are your ancestors. Goodbye

So scroll through the tag and start learning from Natives themselves about their culture, history and how you can be appreciative of their heritage with respect -- not to mention why boiling down the cultures of 500+ tribes into one Pocahontas-esque portrait may be grossly inappropriate.
Yeah, that means you, festival headdress-wearers.

#DearNonNatives YOU DON'T GET SPIRIT ANIMALS.