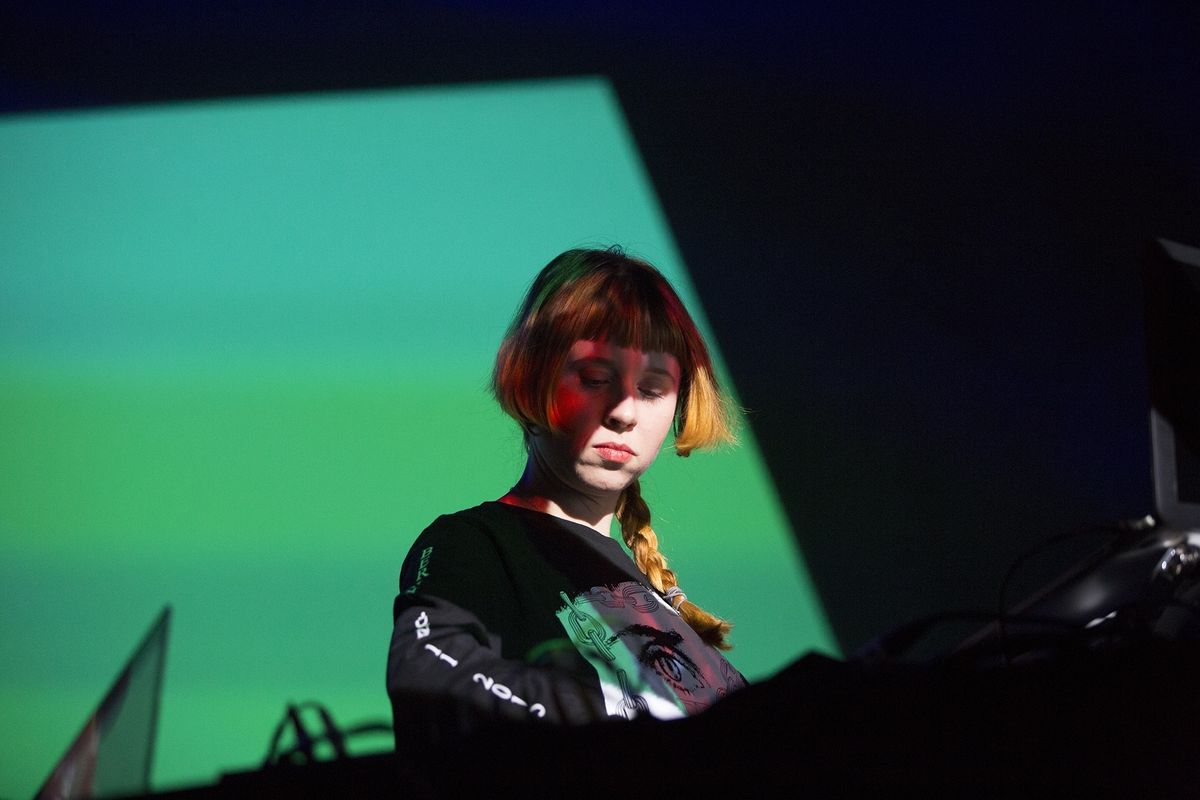 Strobe lights darted between metal bars as crowds navigated a shadowy gallery, periodic ticks and crashes jolting their eardrums. As they stepped out onto a crimson-gold carpet, spectators were chanting "Alright" with Kendrick Lamar while vendors sold strawberry champagne cupcakes and pheasant cognac dogs. These scenes all unraveled amid the funhouse-like maze of Houston's Silver Street Studio last weekend at Day for Night, a music festival intertwined with six acres of interactive, sonically-focused art installations.

"Carpeting is probably the way forward," Saturday headliner New Order's percussionist Stephen Morris joked in an interview preceding his performance. But the mats below Morris's audience paled in comparison to the 16 exhibits, which included an animation loop that showed a rainbow sun splattering on houseplants, fog mimicking the ebbs and flows of waves projected on shark-tooth curtains, and a chamber reflecting infinite regressions of its occupants.

"When society is having a lot of problems, the art gets really good," avant composer Philip Glass told us after his ensemble got off stage. The photographs below should give you a better idea of what he meant. 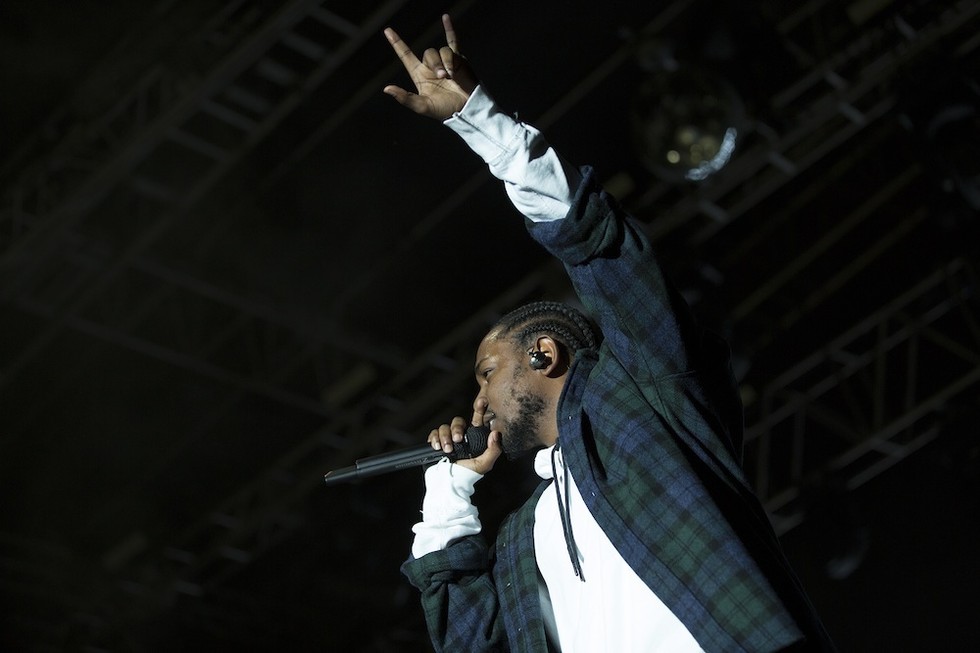 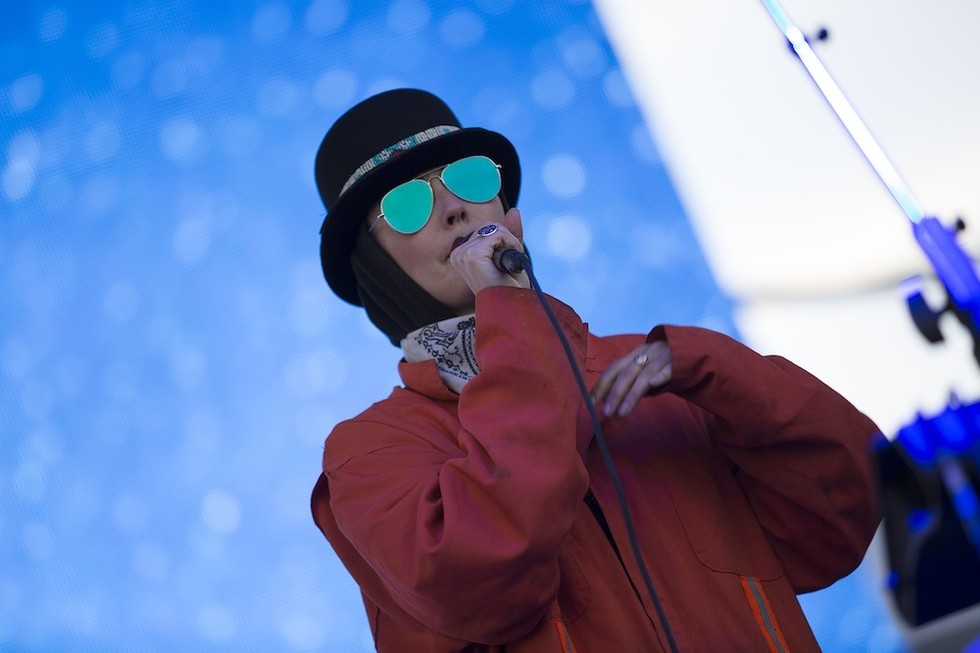 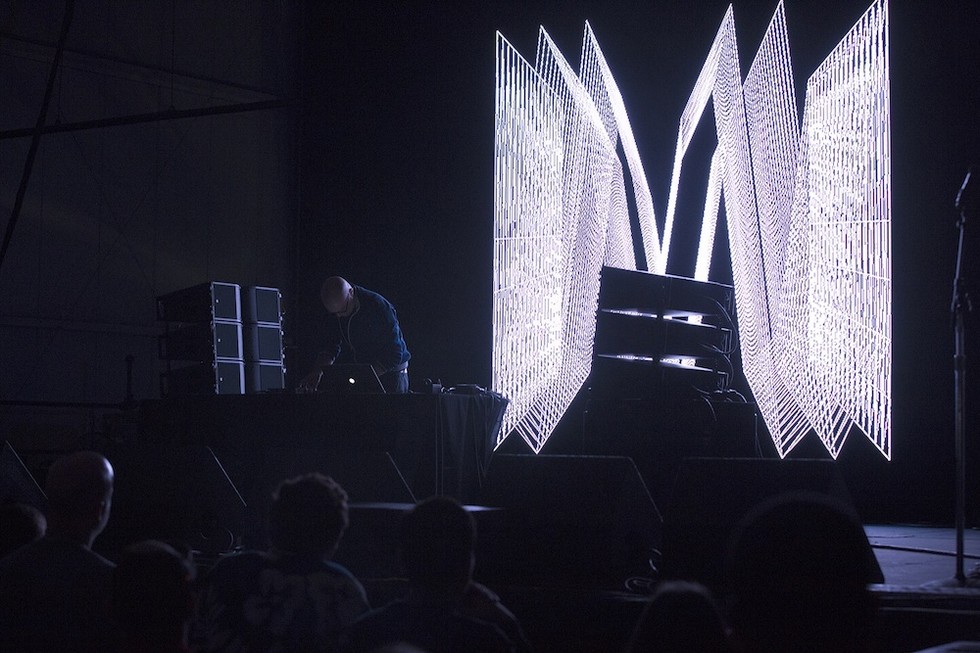 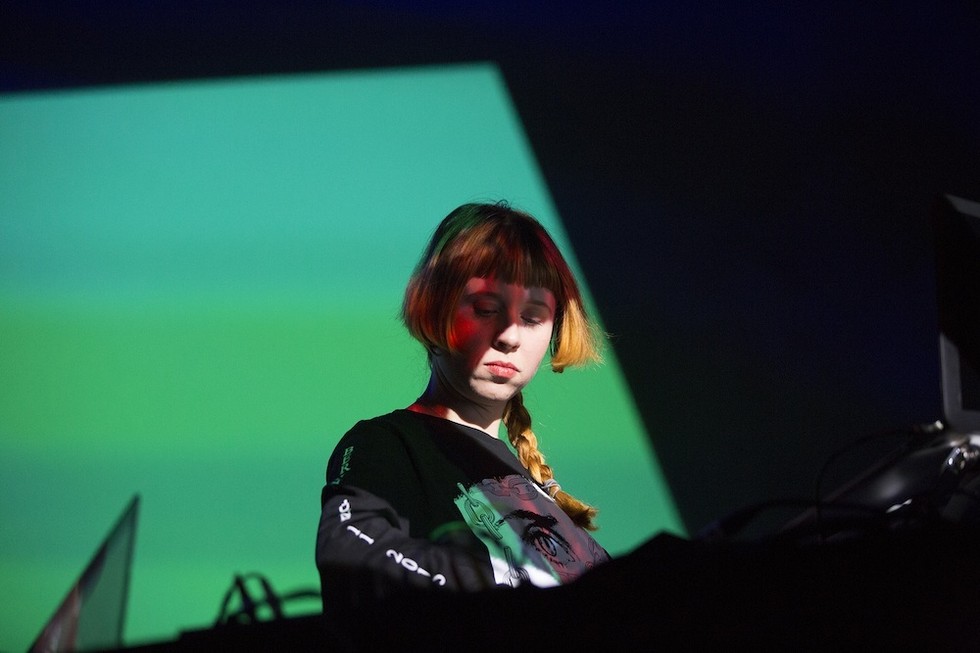 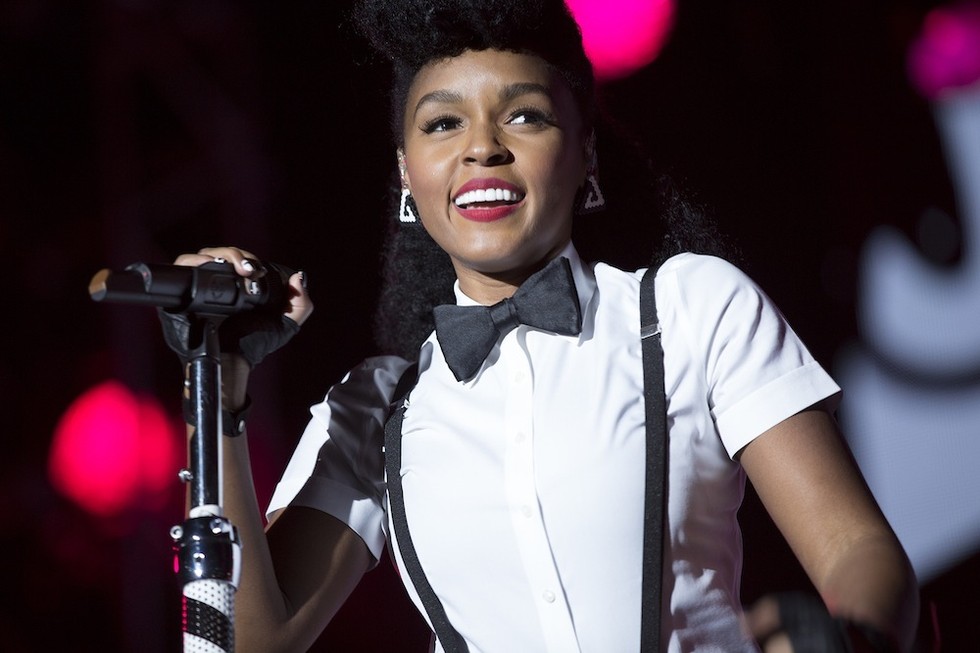 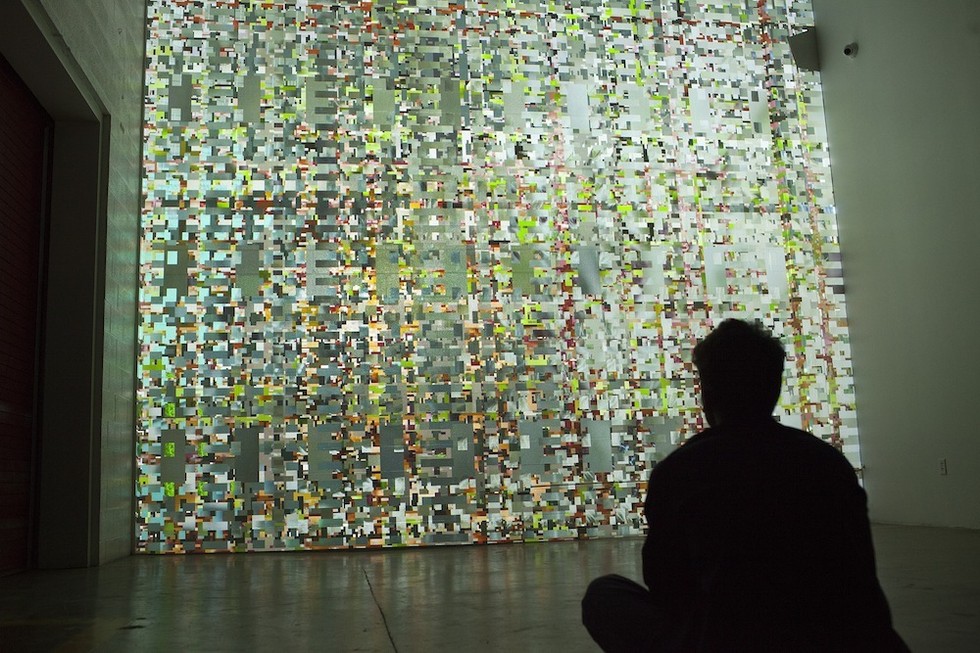 An installation at Day For Night 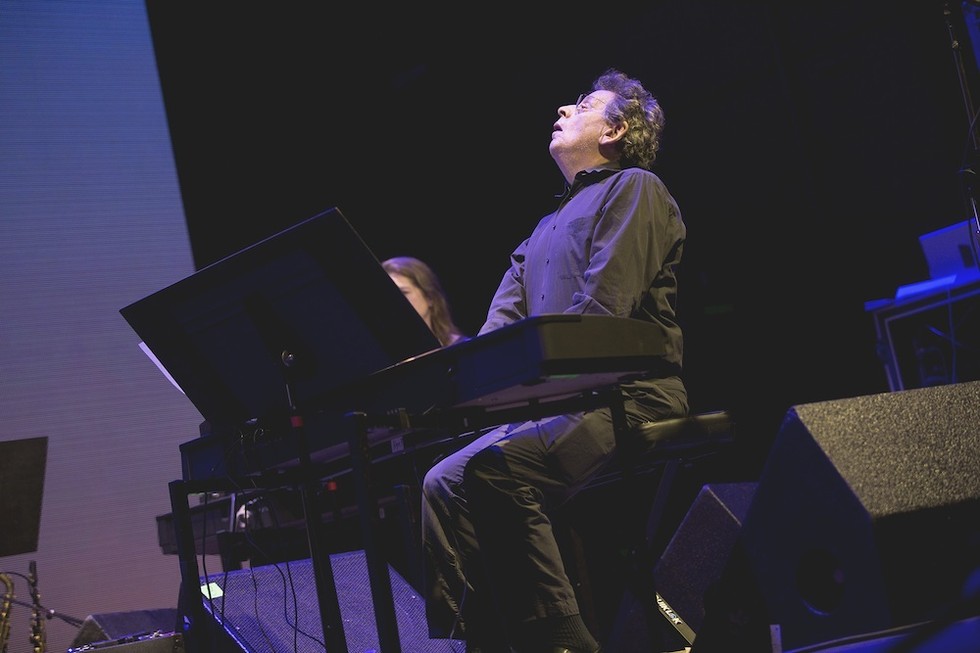 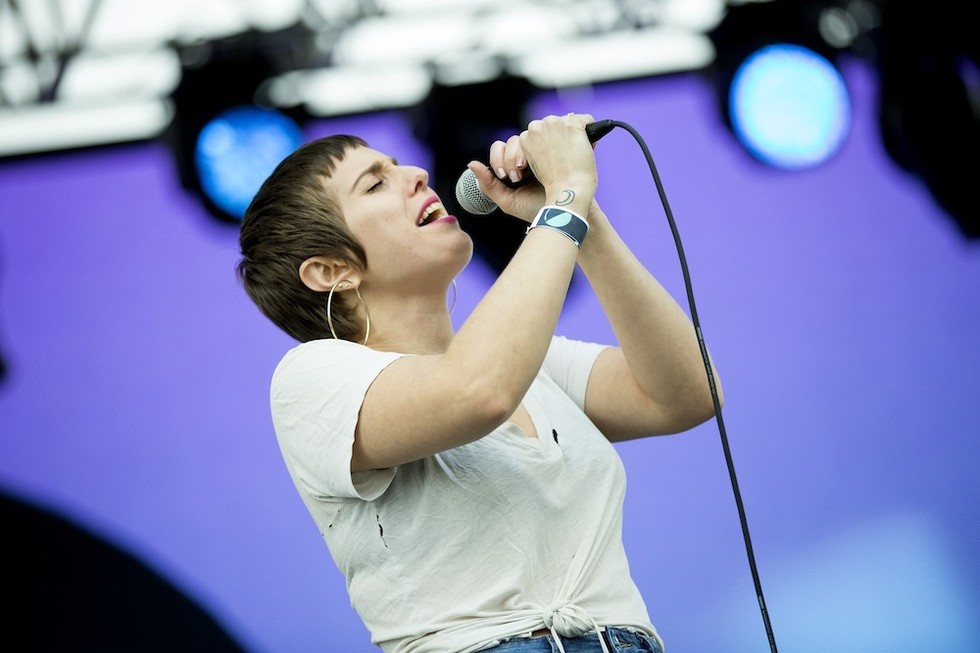 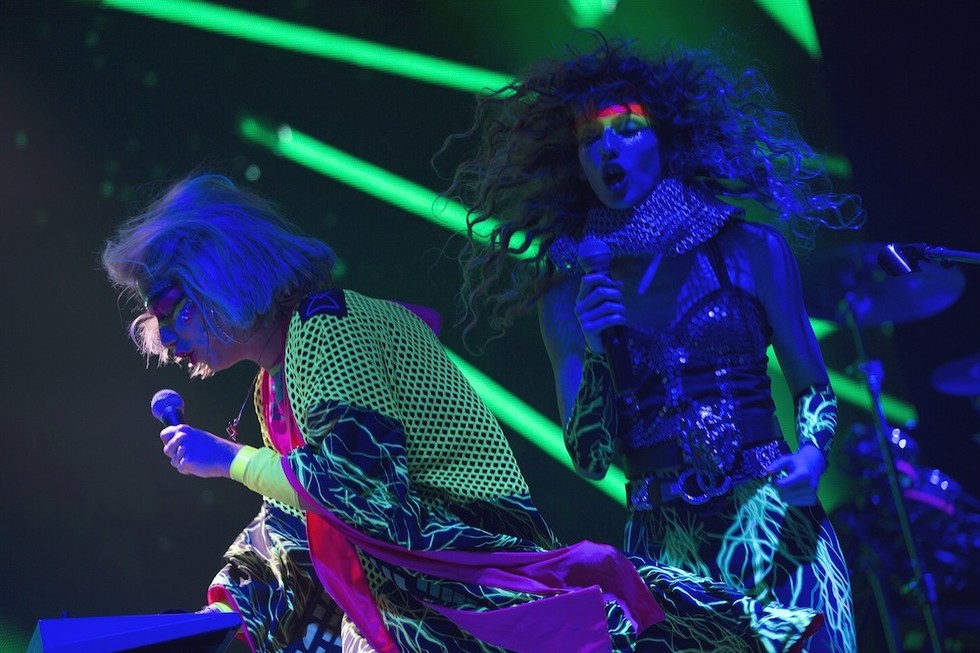