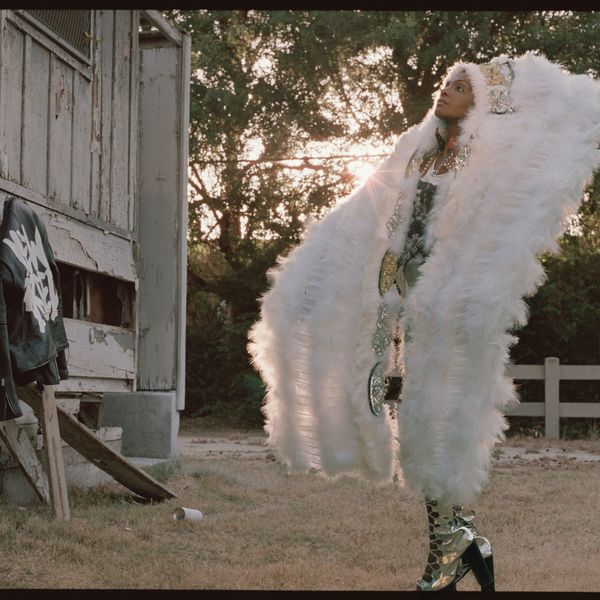 Genre-defying R&B auteur DAWN is back with her first new solo song and video since 2016's Redemption era. "Jealousy" is the first taste of a new full-length solo album, out early next year.

As a song, it focuses on the paranoia inside a relationship, with DAWN admitting her flaws as a jealous and jilted ex-lover. She wages war with both parties over a dancehall-style beat: "I'm the cookie that he eats when he's hungry," she sings, before turning in on herself, wailing in her soulful, plaintive alto. "Jealousy, it keeps getting the best of me."

"Everyone experiences the encounter with their partners' ex differently," DAWN explains in a statement. "This record explains how a ninth ward girl from New Orleans handled hers. The verse is my honest letter to the ex and her admission to jealousy is the hook. This song speaks on how jealousy can be a drug."

Related | Brace Yourselves For Another Danity Kane Reunion

The video, directed by frequent collaborator Monty Marsh, features Chief Montana of the Washitaw Nation, an indigenous tribe that has been in DAWN's family for generations. DAWN wears a traditional chief's Washitaw headdress in the artfully grainy clip, hand-sewn by Montana himself, and makes history as one of the first women to wear something belonging to an indigenous chief.

The video is also, effectively, DAWN's love letter to her native New Orleans, and a celebration of Mardi Gras culture, and the city's rich musical traditions. "The visual explains my roots in the Washitaw Nation Tribe," DAWN says. "I wanted to show New Orleans in a light most have never seen or are aware of. The Black Indian and Power of our traditional garb are shown in the visual. Chief Montana created my hand sewn headpiece representing the power of being both King and Queen. Our tribes spend all year beading these costumes to then dance and show off their work among other tribes. I used this practice as a metaphor for my response to his ex. Simply that I've put a lot of work beading and sewing my relationship, something she will never understand or never be able to do."