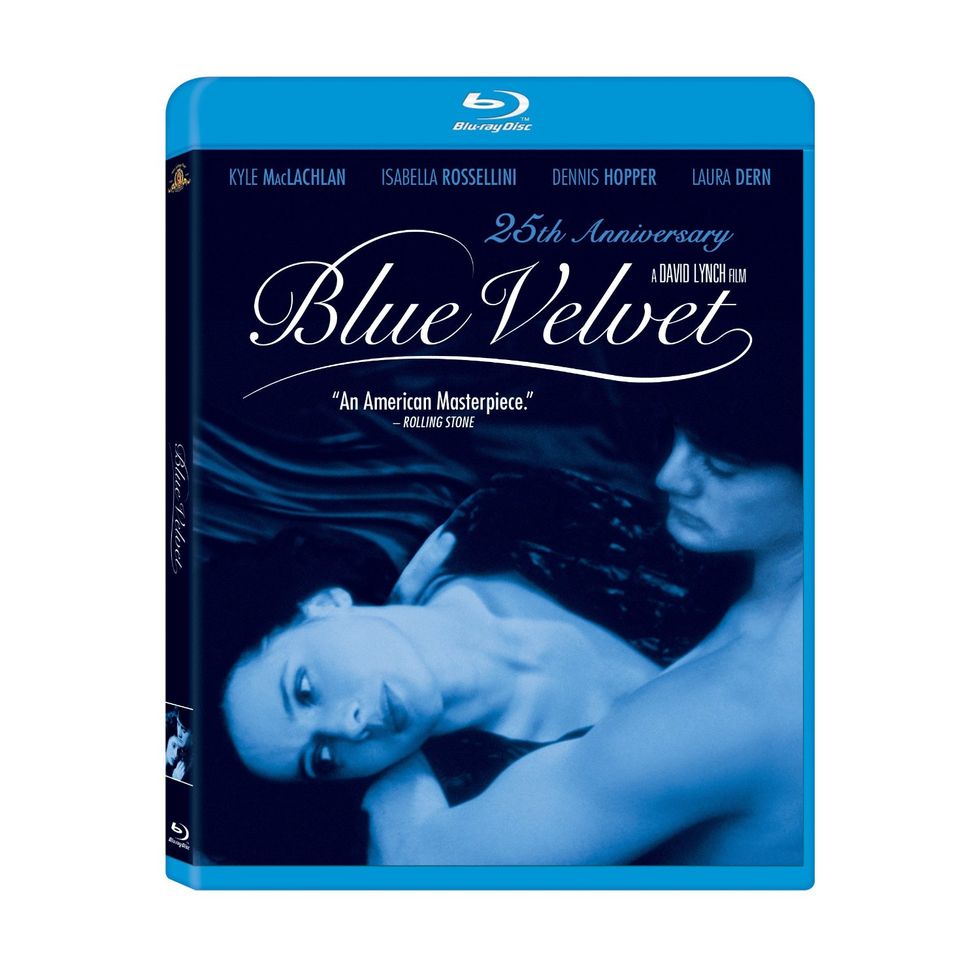 David Lynch's daring, dark, masterpiece Blue Velvet (MGM) is now out on Blu-ray. This 1986 film starred Kyle MacLachlan as a young man who returns home from school when his father is hospitalized and finds a human ear on the ground during a walk. With goading from a policeman's daughter (the wonderful Laura Dern), he tries to hunt down clues to the mystery which leads him to a mysterious chanteuse (Isabella Rossellini) and a terrifying criminal named Frank Booth (played with frightening gusto by Dennis Hopper). It's a surreal nightmare classic, and re-watching it only makes you discover new wonders. The exciting aspect of this Blu-ray (besides glorifying Frederick Elmes cinematography) is 50 minutes of newly discovered footage. David Lynch prefaces this new material by quoting from the song Amazing Grace: "What once was lost but now is found..." These scenes include an opening setup at college showing Kyle MacLachlan's voyeuristic qualities and a hilarious homecoming where his oddball Aunt Barbara exclaims as he comes in the front door: "Home again, home again, jiggity jog!"  There are also other scenes with Laura Dern, and some amazing opening acts at The Slow Club, where Rossellini's character sings. Also included is a fascinating hour-long documentary of the making of the film.

Why Is Laura Dern a Gay Icon?