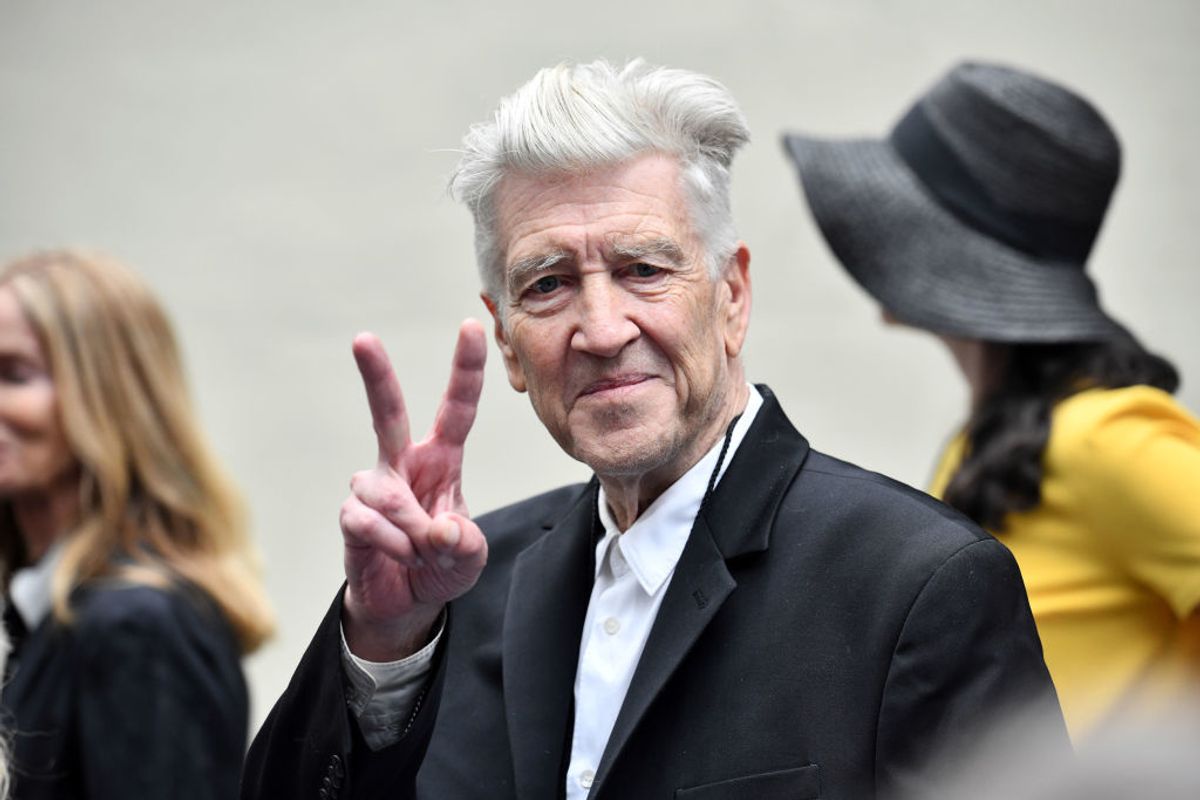 It's been a full decade since David Lynch embodied his weatherman persona. Naturally, in that time, the world has been hectic and so has his career, from directing countless short films to shooting a Nine Inch Nails music video to reviving Twin Peaks.

On Monday, he revealed that he is back from his meteorological hiatus, and today, he delivered his third Los Angeles weather report of the week in his trademark deadpan style. This particular video is shot in an ultra-blue hue, creating a hazy, filtered effect, a la Blue Velvet.

"Here in LA, it's a beautiful, sunny morning, very still, one or two little clouds floating by" he says, before letting Angelenos know that the exact current weather is "59 degrees Fahrenheit, 15 degrees Celsius... This should all burn off pretty soon."

In each video, Lynch is seen sitting in a grimly lit office equipped with a vintage telephone and what appears to be paint and multiple pairs of glasses scattered across his desk. "Have a great day," he says flatly each time, looking head-on into the camera without any facial expression.

David Lynch just posted a new daily weather report and this is exactly what I needed to see today https://t.co/mmP6bbxq2D
— Amanda (@Amanda)1589218360.0

Tune into his YouTube channel, David Lynch Theater. tomorrow, as more of these weather forecasts from the cult filmmaker are sure to be in store.