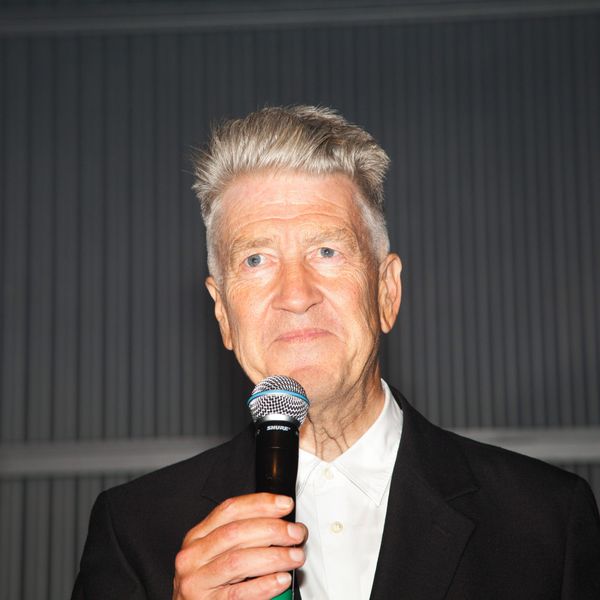 David Lynch has responded to Trump's remarks in a lengthy Facebook post. He wrote that his quote was taken out of context, and that he wishes the two of them could sit down and talk. He wrote, "Unfortunately, if you continue as you have been, you will not have a chance to go down in history as a great president. This would be very sad if seems for you — and for the country. You are causing suffering and division." He continued, "It's not too late to turn the ship around. Point our ship toward a bright future for all. You can unite the country. Your soul will sing. Under great loving leadership, no one loses — everyone wins. It's something I hope you think about and take to heart. All you need to do is treat all people as you would like to be treated."

David Lynch is known for making mysterious, dense work, and now it seems his political stances may be following suit. In a recent interview with The Guardian, the Twin Peaks director said that Trump may "go down as one of the greatest presidents in history because he has disrupted the thing so much. No one is able to counter this guy in an intelligent way."

He continued that Trump has exposed the flaws of our national leadership, saying, "Our so-called leaders can't take the country forward, can't get anything done. Like children, they are. Trump has shown all this."

The statement has been widely interpreted as an endorsement of Trump, though Lynch clarifies in the interview that he voted for Bernie Sanders in the Democratic primaries and that he thinks he voted Libertarian in the election.

Lynch also said that he is "not really a political person, but I really like the freedom to do what you want to do," another vague, statement drenched in privilege.

Far-right publication Breitbart saw no opaqueness in the quote, writing an article declaring Lynch's support for the president that Trump quickly retweeted. Trump also mentioned Lynch in in a speech, saying his career in Hollywood, an ostensibly liberal space, is over because he expressed support for Trump.

Watch Trump address David Lynch below, if you must: