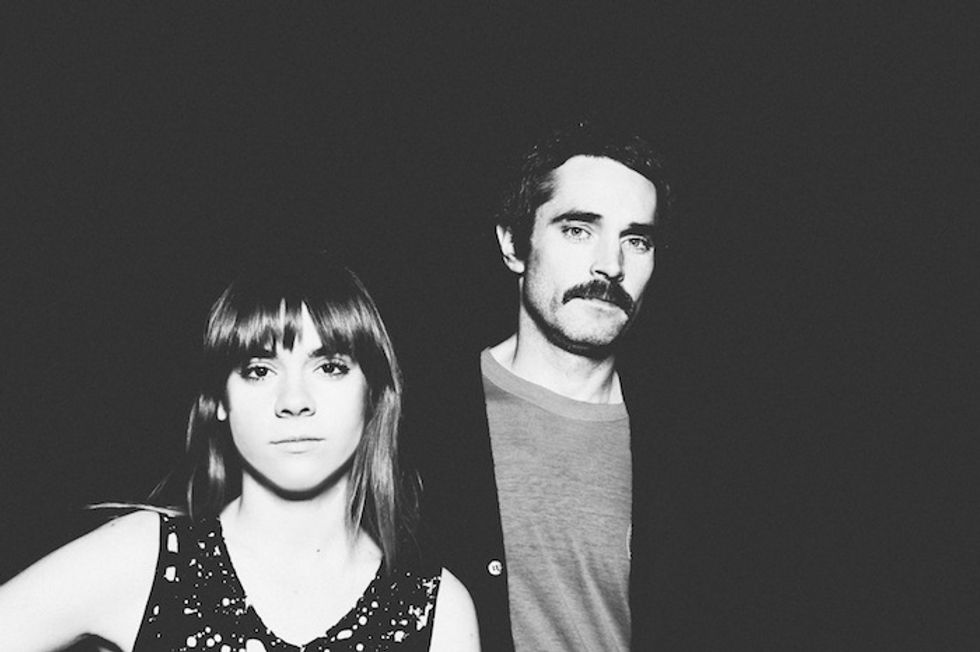 by Abby Schreiber
PAPERMAG
[Photo by Cara Robbins]
LA-based psych-pop band Gothic Tropic, are hard at work on their debut LP, FASTorFEAST, out early next year, and in the meantime, we're excited to be premiering the video for a new standalone single, "Puppet Master." Set in a dingy bar populated by characters out of a hybrid David Lynch-Tim & Eric fantasy, the clip features some passionate karaoke singing, making out and a very bad ending for one fellow. Give it a watch, below, and if you're in LA, catch the band at The Satellite on August 17th.