David Gensler on the State of Fashion: "The Youth No Longer Want to Rebel, They Want to Stand in Line" 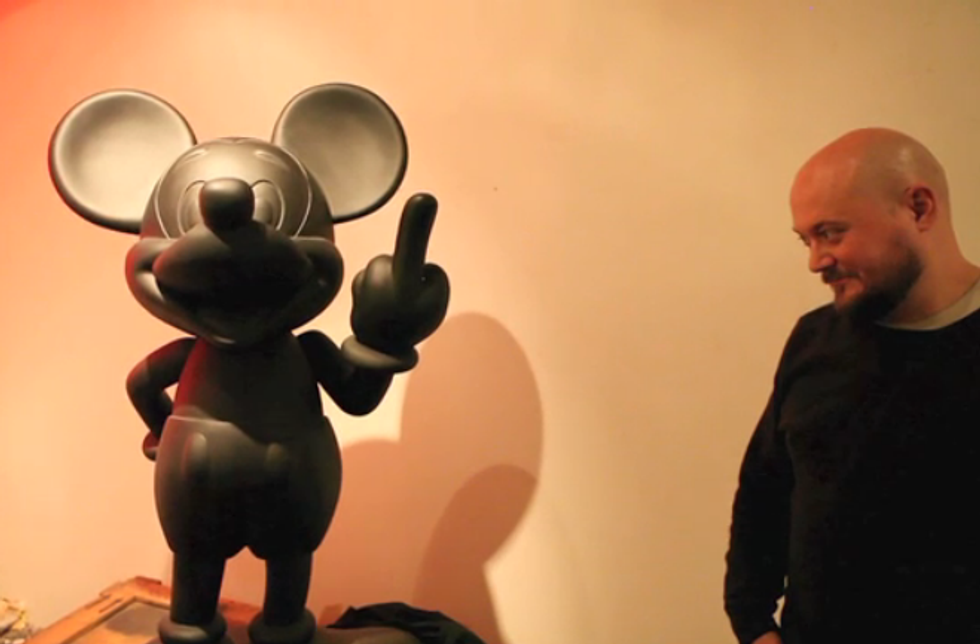 Meet David Gensler, the brilliant and outspoken designer and strategist who has little patience for American fashion, and young creative people in this country, in general. He is the CEO and founder of the Keystone Design Union, considered to be the world's largest global design collectives, the creative director and founder of the menswear line, Serum Versus Venom. The outspoken Baltimore-born, Brooklyn dweller has acted as a strategic consultant to some of the biggest brands on earth like Nike, LVMH, MTV, IKEA and Hennessy, helping them launch new products and campaigns. On the heels of the recent release of his Mercedes Benz Avante/Garde Diaries video with Kostas Seremetis, he chatted with us about what's wrong with "the system," and how he's trying to fix it.

You have a very "screw the system" perspective in the way you approach your menswear line, Serum Versus Venom. Why?  Why does the fashion system need rebellion?

When I got into fashion I always thought it was the most rebellious part of the design world and I was shocked to learn to it's the most conservative. It's so unwilling to change and it's so fearful of adopting new methodologies.  It's quite sad actually.

So what is the philosophy behind Serum Versus Venom? We know you create everything in-house and that you only release products when they are ready to be released instead of following the fashion cycle. What else about it makes it different than everything else out there?

We started with a very simple idea, to create something original, and you start really examining that word and everything that it takes to really be authentic. And it's difficult.

It's not easy to create things when you are inspired by so many outside references and when so many people focus on the object, and the campaigns and the hooplah that surrounds it.  But no one focuses on the business of fashion, and the craft of fashion and the end object that is sellable.

The problem is that we live in an age where the image is consumed more than the object. And we were stuck with the paradox of selling images of our garments, rather than the garments themselves.

That's what led us to start our own factory, Brooklyn Sewn.  Roughly 20 independent New York brands and designers create their collections with us, including several CFDA designers.

You talk about punk rock and how the British have a better sense of what it takes to nurture creativity than us in the States. What do you mean by that?

If you buy a 500 dollar T-shirt, then the proceeds from that T-shirt better go towards building a school somewhere.

We have no punk rock, New York has no punk rock. The mindset of rebellion -- we've lost it. The youth no longer want to rebel, they want to stand in line. They want to just stand there like in the army and wear a uniform.

You look at the British incubate brands, the media, the schools, different government agencies and funds, how they support young designers, and you look at how we do it in America, and you can't say it's less -- it's just nonexistent.

You've mentioned that people in recent years are happy to consume brands who offer things that are just new, rather than things with depth and thought. How do you incorporate depth and thought into what you do?

If you value individuality and have the desire to leave a mark, you have to be willing to step out of the traditional system. Everyone is so concerned with being accepted by the system and the status quo, that people are fearful of upsetting the old guard. Even the press is so afraid to say anything that is considered heresy against Vogue.

So if you were asked to name your favorite designers, who would they be?

I like Visvim by Hiroki Nakamura, that's a pretty amazing brand. White Mountaineering is an outlandishly good brand and Denham the Jeanmaker. There are people out there who are independent who are doing overwhelmingly amazing things, and they are not recognized by the American guard, or even mentioned. These designers and the tactics they are using and the media they are communicating through isn't even considered. It's sad to see.

I am from originally Baltimore, Maryland and it feels the same to me.  It's very much about the neighborhood and an intimate community much more so than Manhattan, so for me Brooklyn immediately felt like home.

What is the one thing we need to know about fashion from your perspective?

The one thing I know that fashion is not about is Kanye West.