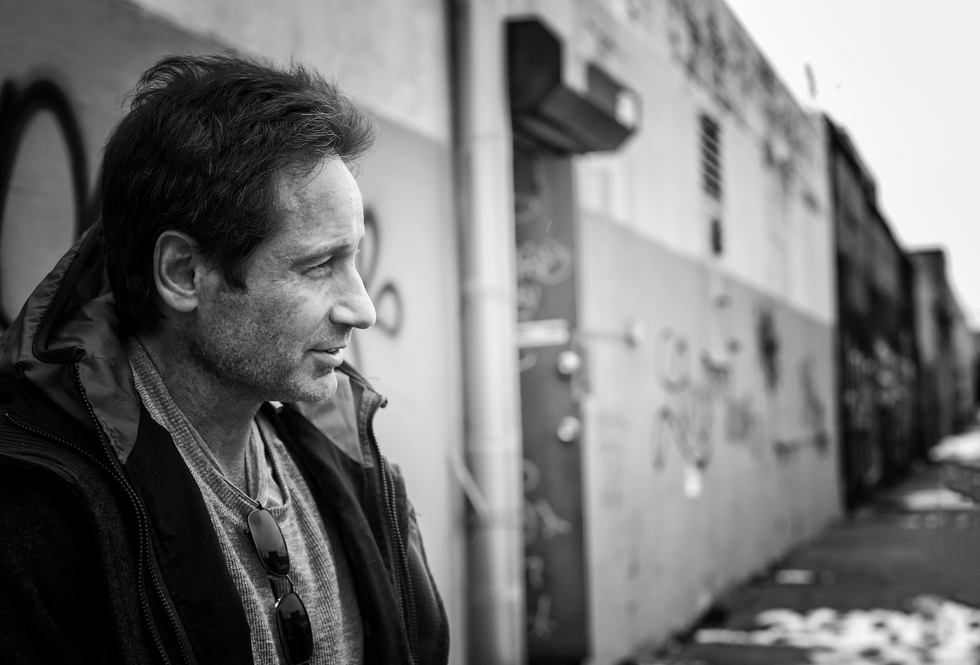 David Duchovny Has a Solo Album Coming Out

by Elizabeth Thompson
PAPERMAG
Everything's coming up X-Files lately, and we're totally on board. Following last week's announcement that the beloved sci-fi FBI drama is returning to TV this summer with new episodes, today David Duchovny announced that he's releasing his debut solo album. That David Duchovny's a singer-songwriter is only one of many layers of "wait, what" enveloping the man who played Mulder. For instance, did you know Duchovny is a dissertation away from having his PhD in English from Yale? Or that he wrote a novel this year called Holy Cow published by Farrar, Straus and Giroux? Or that he posed in Playgirl when X-Files was starting to get big (cover line: "The Truth Is In Here.")? Basically, Duchovny was the original James Franco.

Photo by Adam Bradley.
You May Also Like
Art