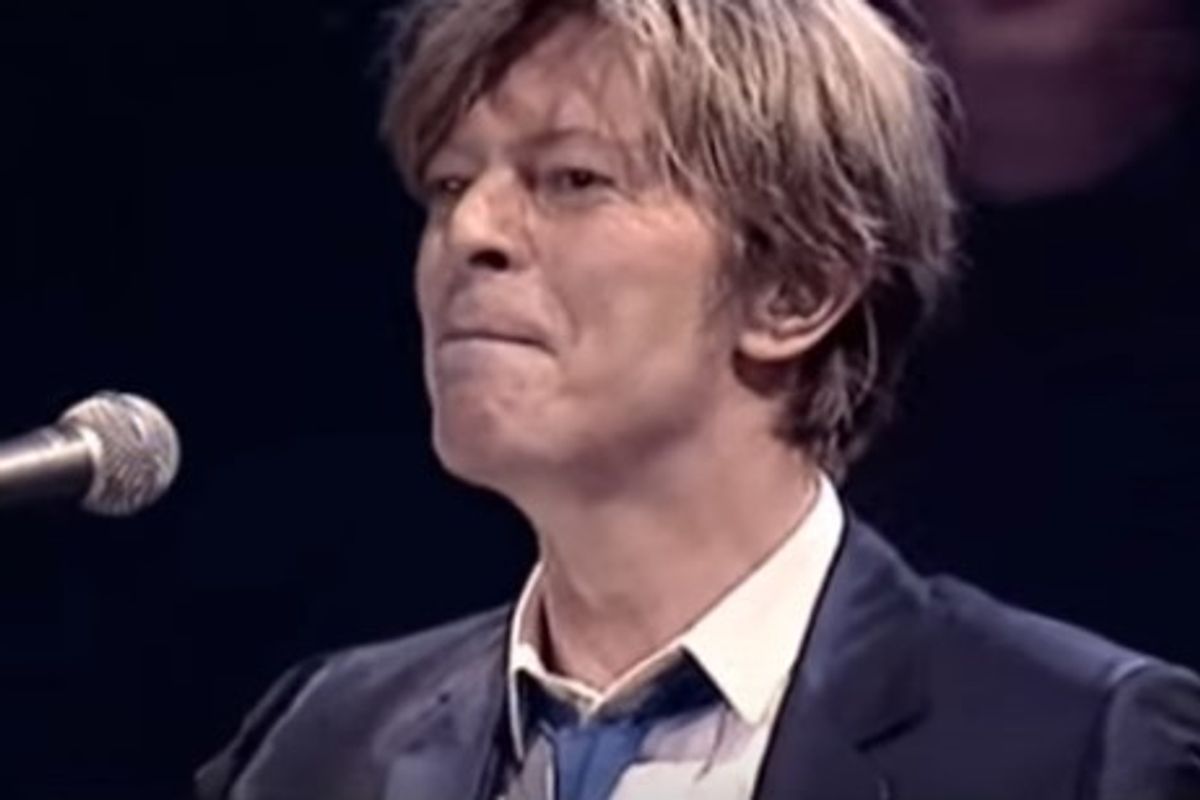 The magic just keeps on coming from David Bowie, even posthumously. While Bowie's album Blackstar served as a "parting gift" before his untimely death, it's a record that just keeps on giving.

People using imgur figured out something really cool about Blackstar's vinyl. There's an image that appears if you hold up the gatefold sleeve to the sunlight. The black star isn't all you see: an entire galaxy of stars is visible, which is a really cool addition to Bowie's final work.


It's pretty clear that Bowie's legacy will live on long after his death, and his long-time producer Tony Visconti sincerely believed that too. Visconti said: "He was an extraordinary man, full of love and life. He will always be with us."