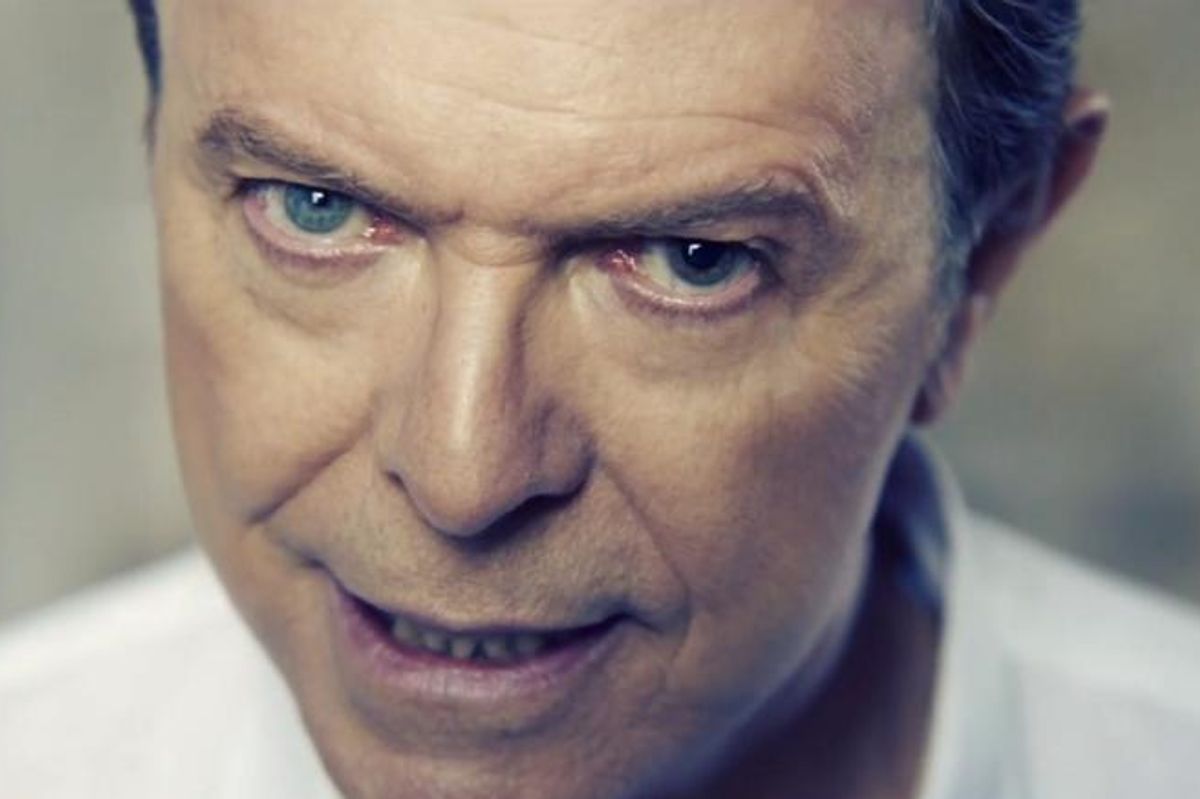 Check Out the Teaser For David Bowie's Upcoming Single "Lazarus"

Coming off "Blackstar"--the lead single off his upcoming album ★ (pronounced Blackstar) slated for a January 2016 release--David Bowie has released an official teaser trailer for his second single "Lazarus," out December 17th.

The clip is brief (15 second, exactly) but we get a whole lot of Bowie packed in.

"Look up here...I'm in heaven," Bowie coos over a simple percussion, with a rhythm guitar crashing through. "I've got scars that can't be seen."

Thanks for devastating in less than 20 seconds, boo.

According to Pitchfork, "Lazarus" is also featured in his off-Broadway play--also called Lazarus--and the entire cast of the show will perform the single live with Bowie on The Late Show With Stephen Colbert.