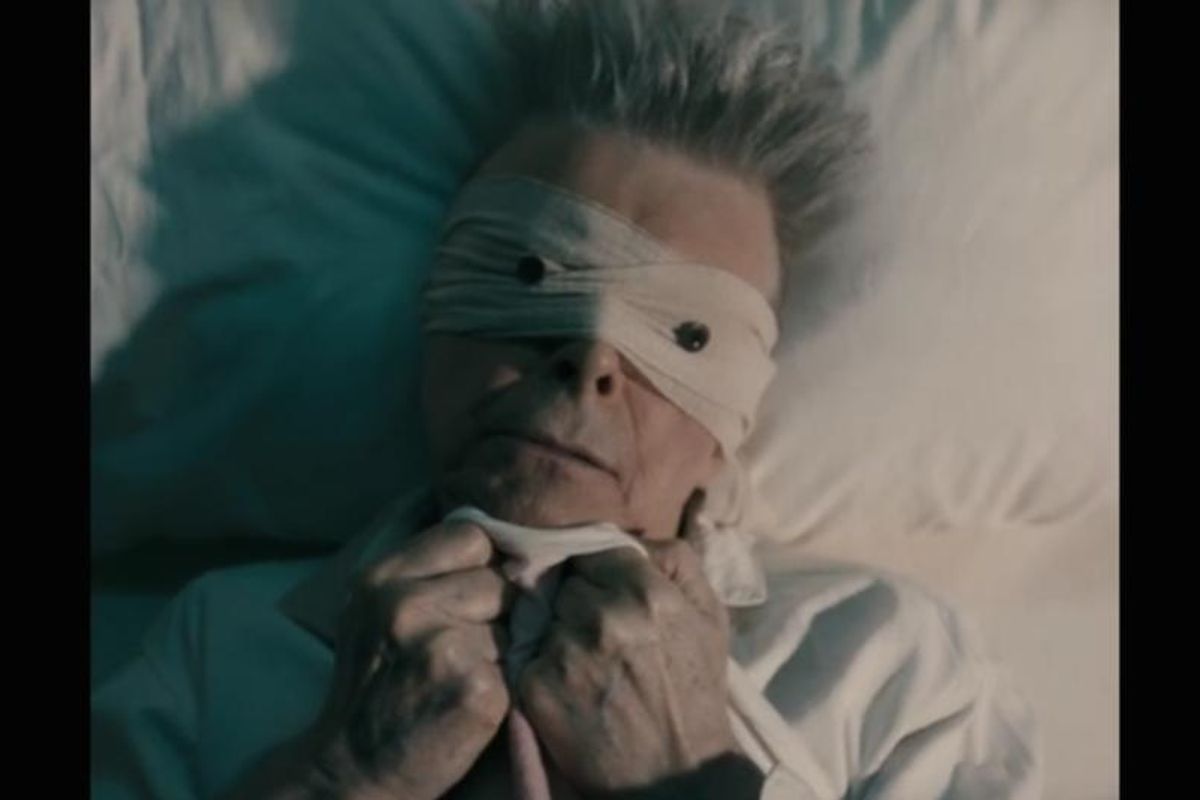 David Bowie's twenty-sixth album Blackstar is out tomorrow, and the icon has gifted us with a pre-release ditty in the form of the music video for his brooding 'Lazarus.'

The video sees Bowie with the same blindfold-button-eyed combo he donned in the other-dimensional epic video for title track 'Blackstar'...

...only this time, Bowie lies on a rickety bed of some kind of hellish T.B. wing.

We also get some of those signature sassy-skeleton dance moves..

Lazarus' lyrics are autobiographical, with David reflecting on emotional and financial ruin while living in New York in his younger years, before 'rising up' a la the biblical figure.

Of the video, the director, Johan Renck (who also directed 'Blackstar'), stated:

One could only dream about collaborating with a mind like that; let alone twice. Intuitive, playful, mysterious and profound... I have no desire to do any more videos knowing the process never ever gets as formidable and fulfilling as this was. I've basically touched the sun.

The album is already receiving rave reviews, with Pitchfork branding it their coveted 'Best New Music.'