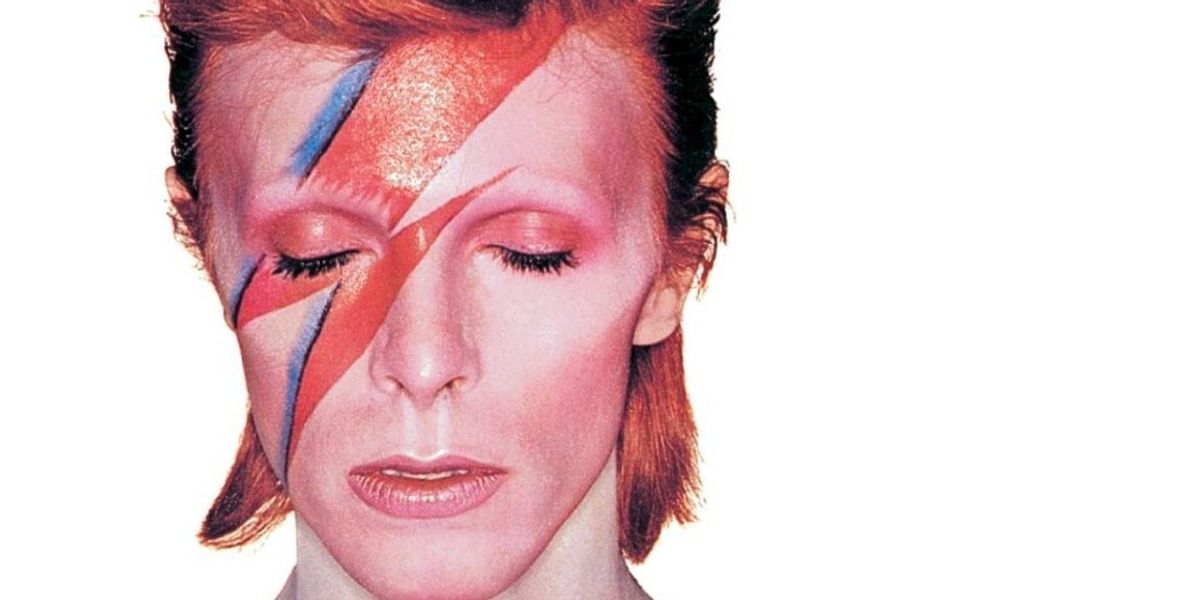 David Bowie Has Been Given His Own Constellation

Sandra Song
Earth's very own Starman has just been immortalized by Belgian astronomers at the MIRA public observatory, who registered a constellation in his honor -- in the shape of a lightning bolt, no less.
Consisting of seven stars, the constellation is also appropriately located near Mars, which MIRA Observatory's Phillipe Mollet said was a difficult task. "[Radio station] Studio Brussels asked us to give Bowie a unique place in the galaxy," he said in a statement. "It was not easy to determine the appropriate stars."
A part of the Stardust for Bowie tribute project, where fans add their favorite Bowie songs to a virtual version of the constellation via Google Sky, it's yet another testament to the massive influence the Man Who Fell To Earth had on culture at large -- and honestly, we couldn't think of a more fitting tribute.
[h/t The Guardian]
You May Also Like
LGBTQ