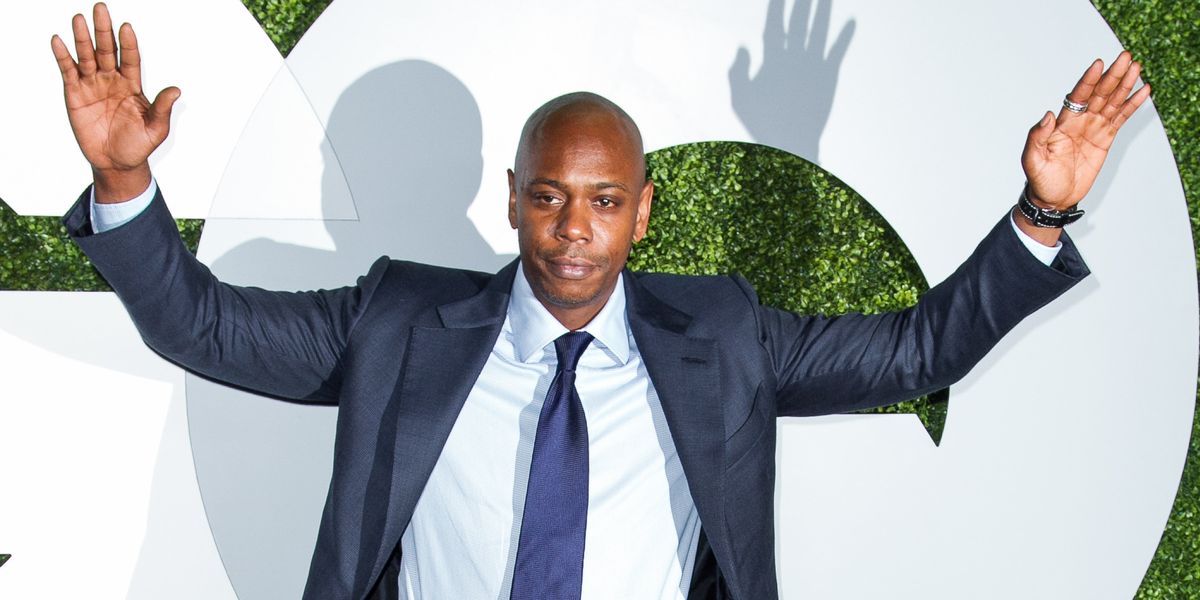 After take a 13 year break from the spotlight following the monster success of his variety sketch show, The Chappelle Show, the comedian began to emerge in bits and pieces last year, hosting SNL in November 2016 (in which he infamously wished Donald Trump good luck), and releasing two other standup specials with Netflix in addition to last night's pair.

Last night's Equanimity and The Bird Revelation featured bits from the comedian addressing some of the backlash he received for jokes he made in his last special about trans people, spawning arguments online about the responsibility of comedy to not 'punch down' and tons of thinkpieces about Chappelle's comedy.

In Equanimiity, Chappelle reads a letter that he received from a white trans person who chastised him for his jokes. The comedian didn't apologize outright, but instead talked about the nuances of understanding "the talk of how one feels inside" discourse led by white men, when that same demographic so often minimizes the feelings and voices of people of color in the LGBTQ community and in general.

Chappelle denied he was transphobic earlier this year in an interview with the Washington Blade, saying, "I'm not an obstructionist of anybody's lifestyle, as long as it doesn't hurt me or people I love and I don't believe that lifestyle does."

The comedian also addressed the criticism he received for his SNL monologue in which he asked viewers to give Donald Trump a chance (he's already said he "fucked up"). In Equanimity, Chappelle drew a long comparison between the Trump presidency and the case of Emmett Till, saying both events should serve as wake-up calls to the country to do better and resist harder.

You can stream both specials on Netflix.