At Occupy Wall Street's May Day protests yesterday, the 99% were treated to performances by Rage Against the Machine's Tom Morello, Das Racist, Dan Deacon, JD Samson and MEN, Immortal Technique and a ragtag group of musicians and activists known simply as the "Guitarmy."  Morello led the group along Fifth Avenue from Bryant Park to Union Square where he was joined by the rap trio and Dan Deacon.  Once the marchers made their way to Wall Street, JD Samson & MEN were ready for a performance in the Financial District to finish the day.  Other similar rallies and marches were held throughout the world to mark a day traditionally associated with worker's rights.  Check out photos and videos from the proceedings in NYC below. 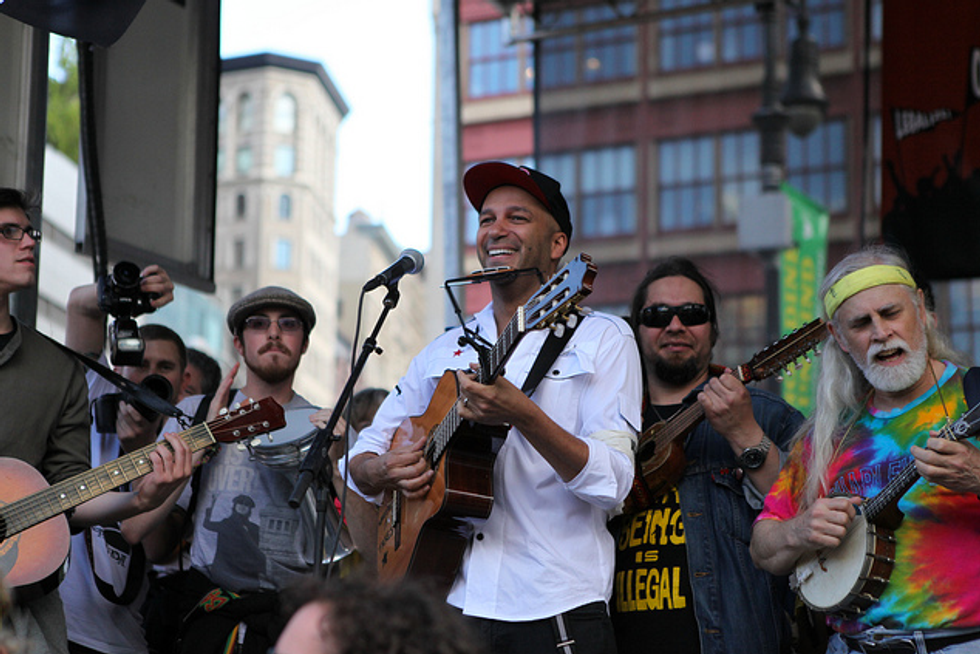 Tom Morello and his "Guitarmy" 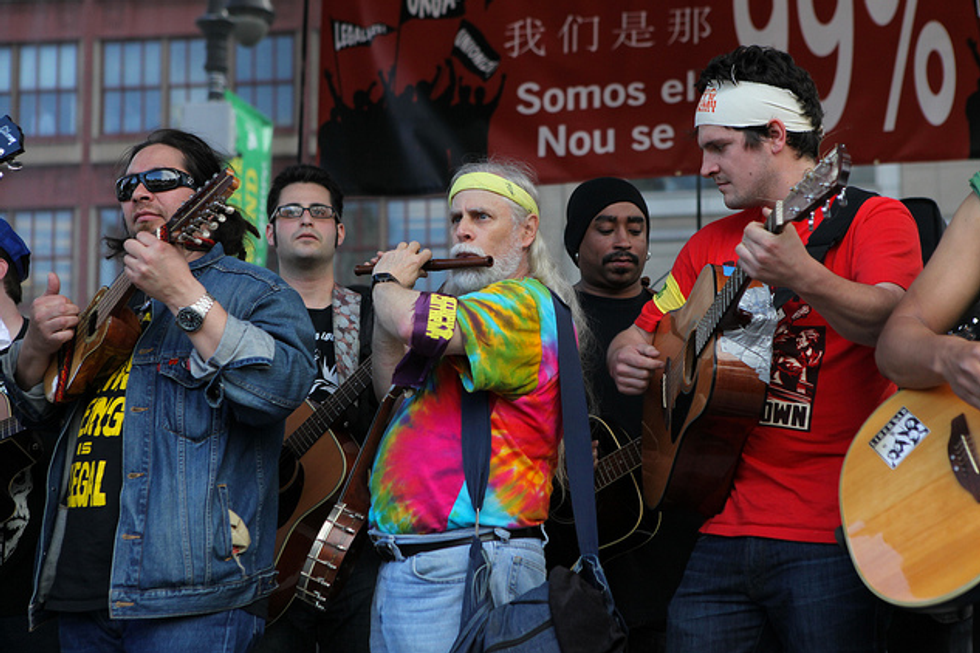 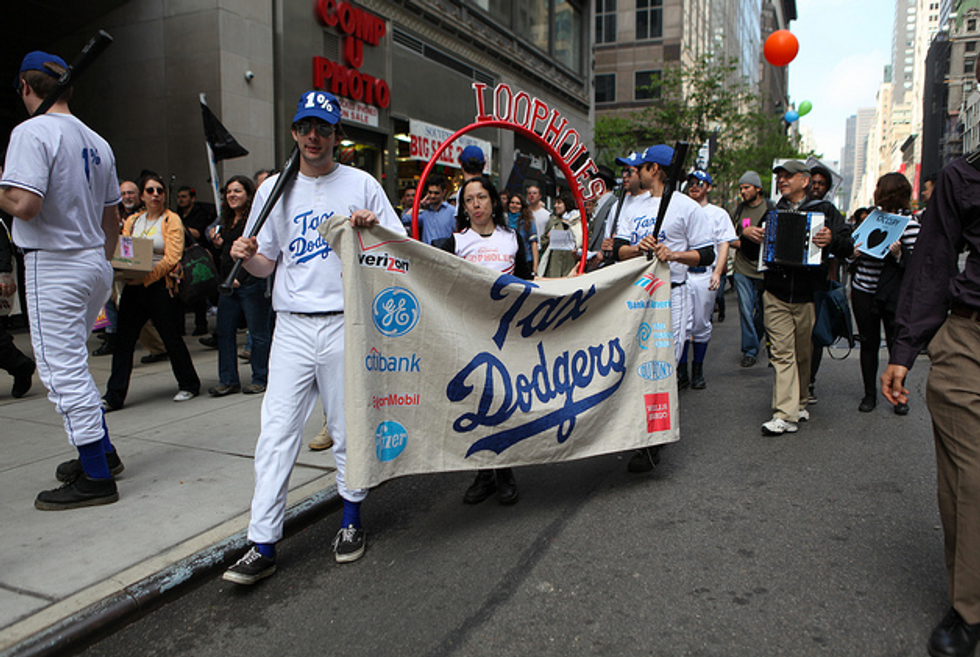 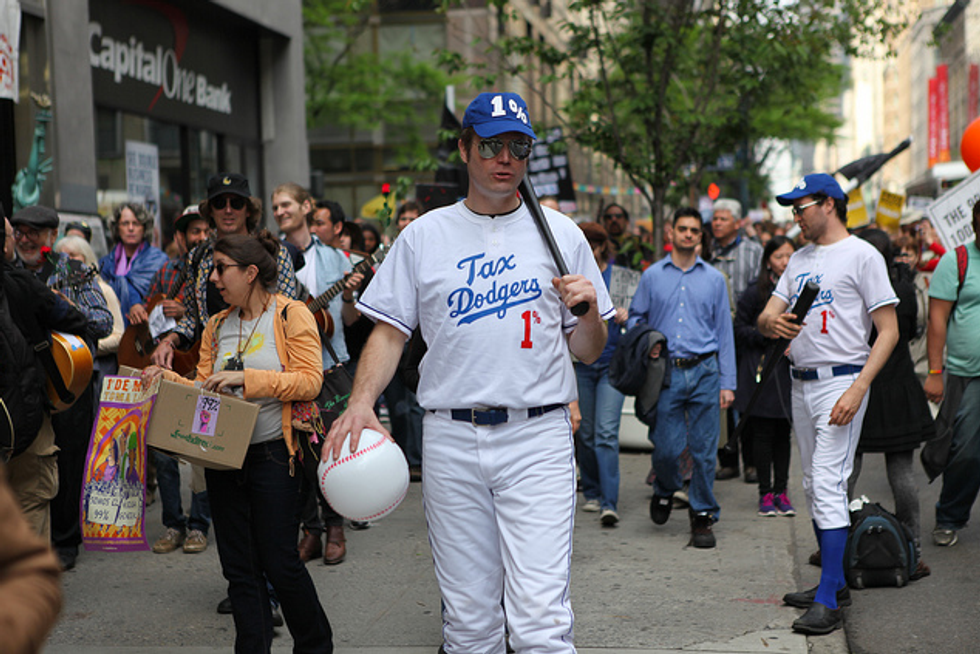 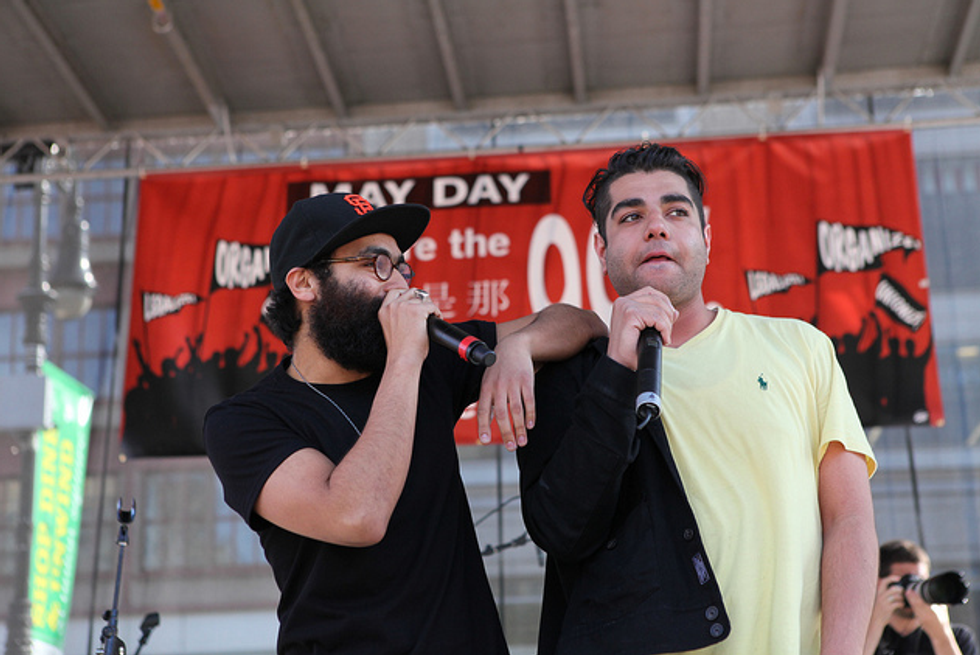 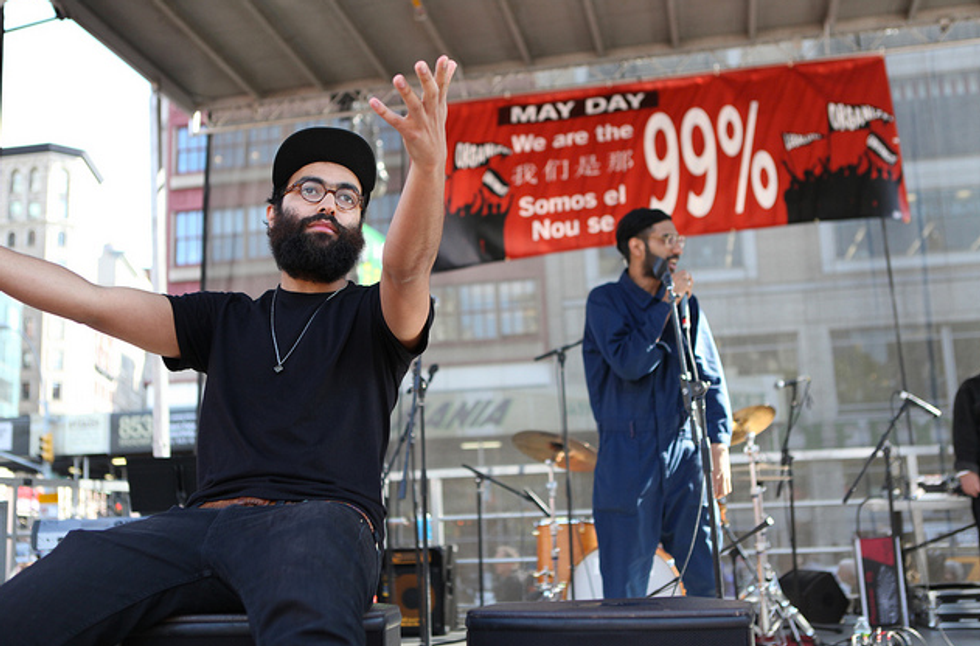 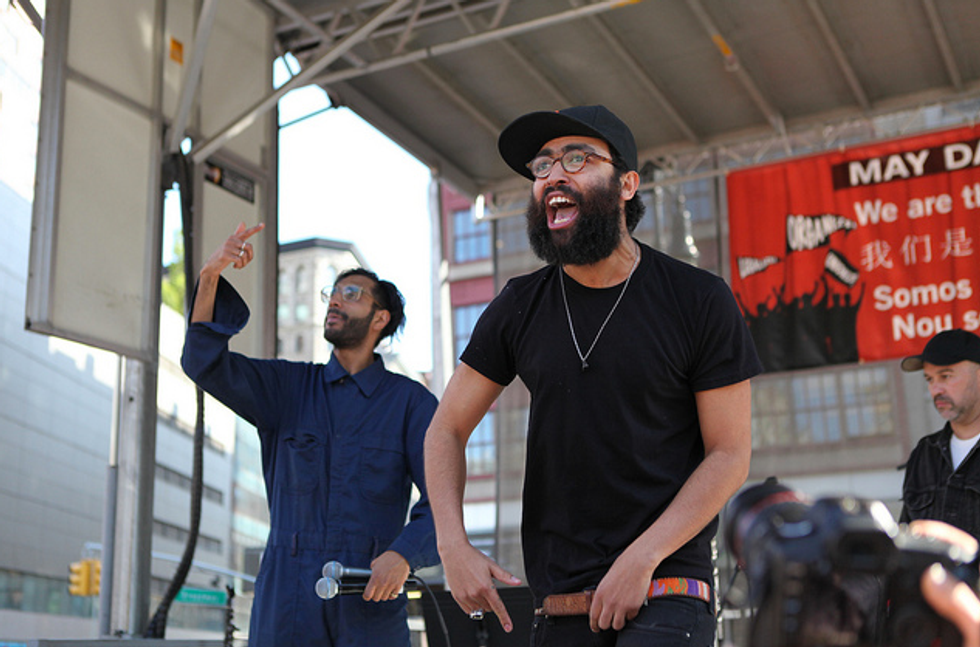 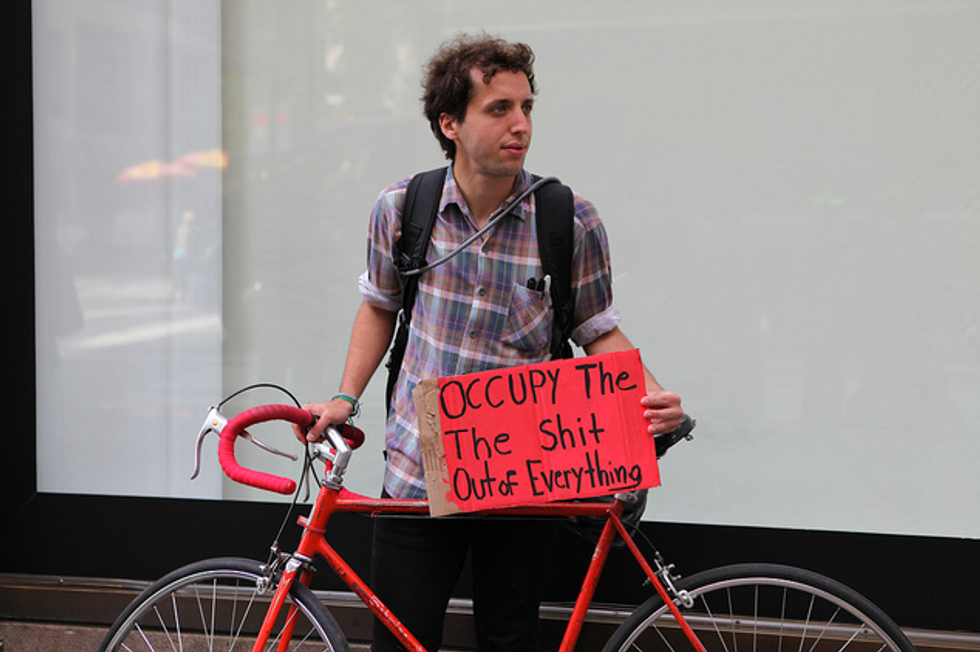 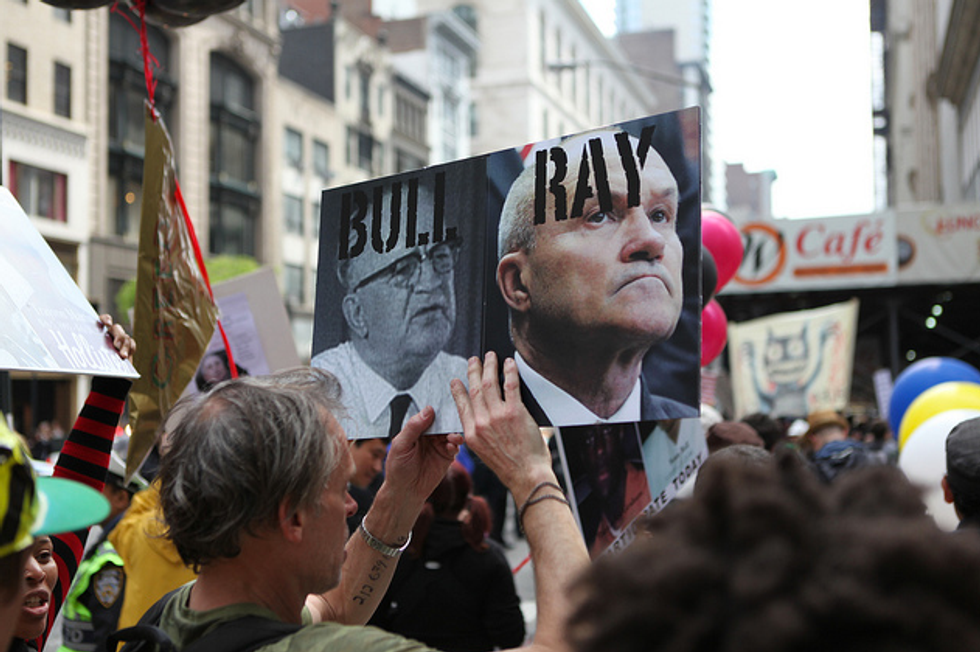 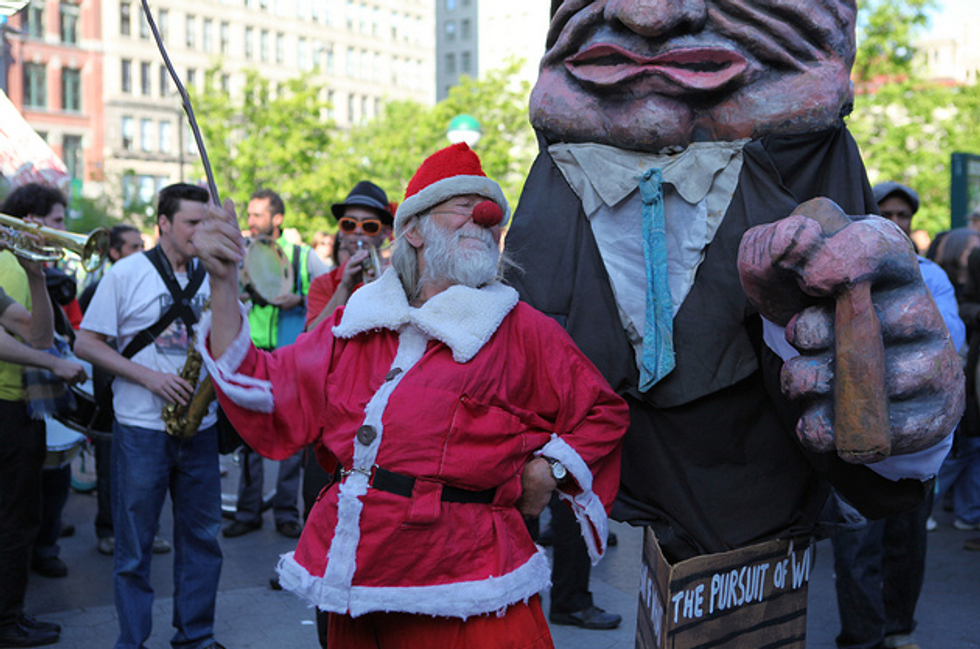 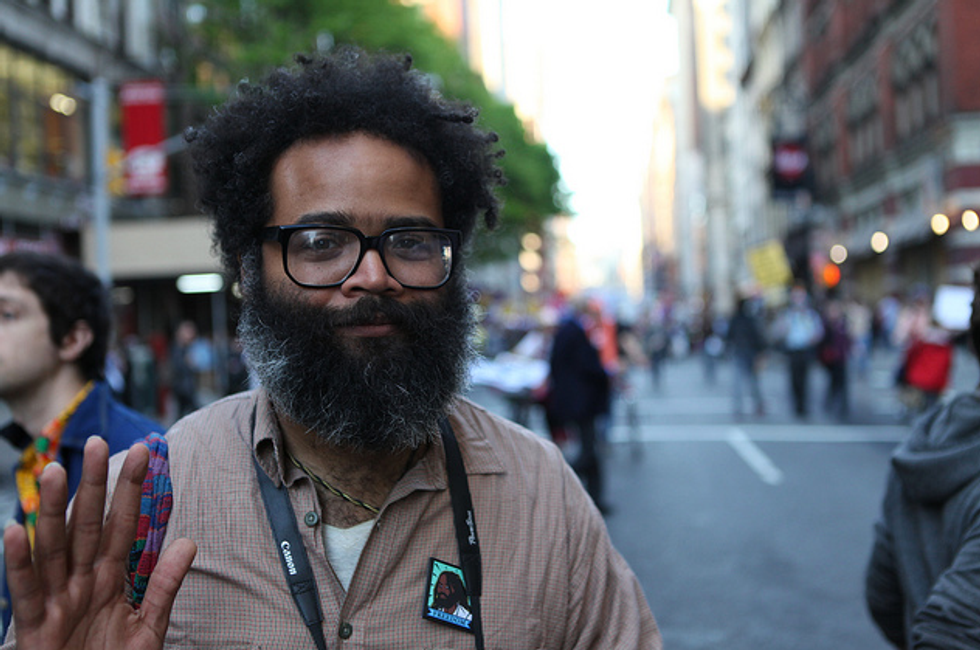 Kyp Malone from TV On the Radio joins the march 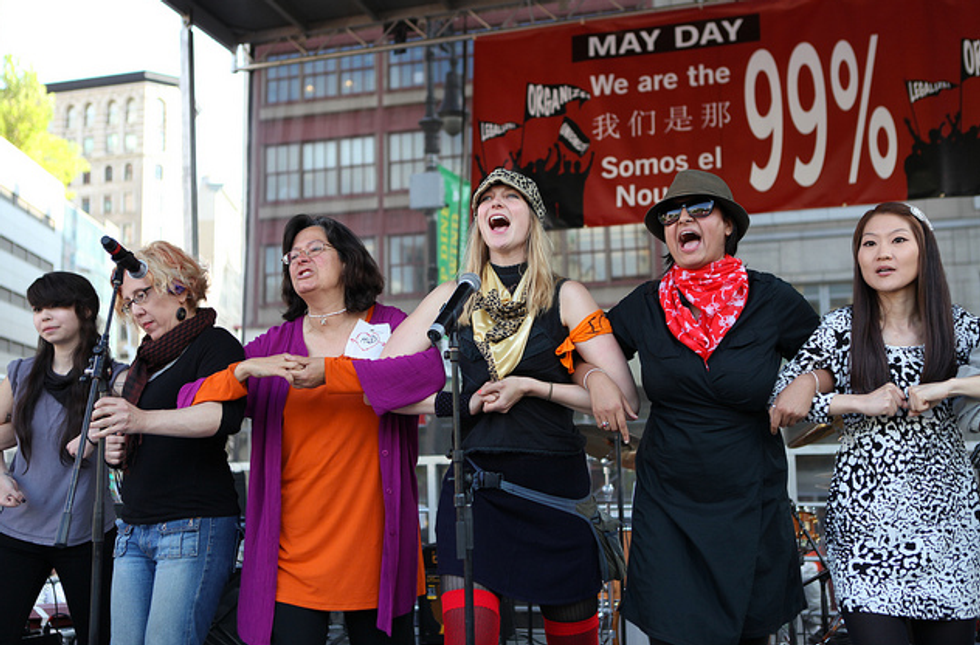 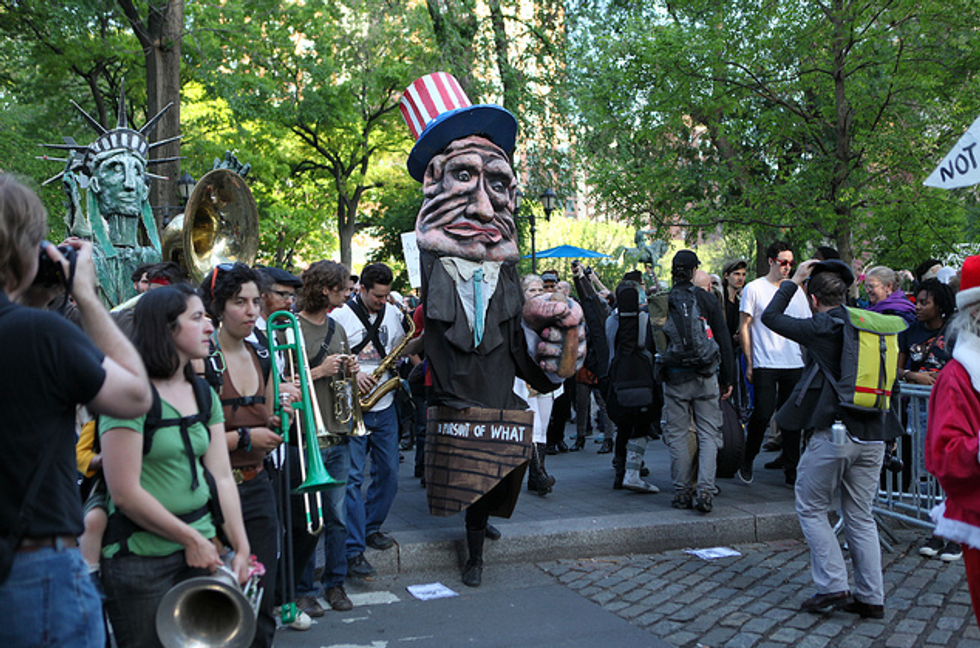 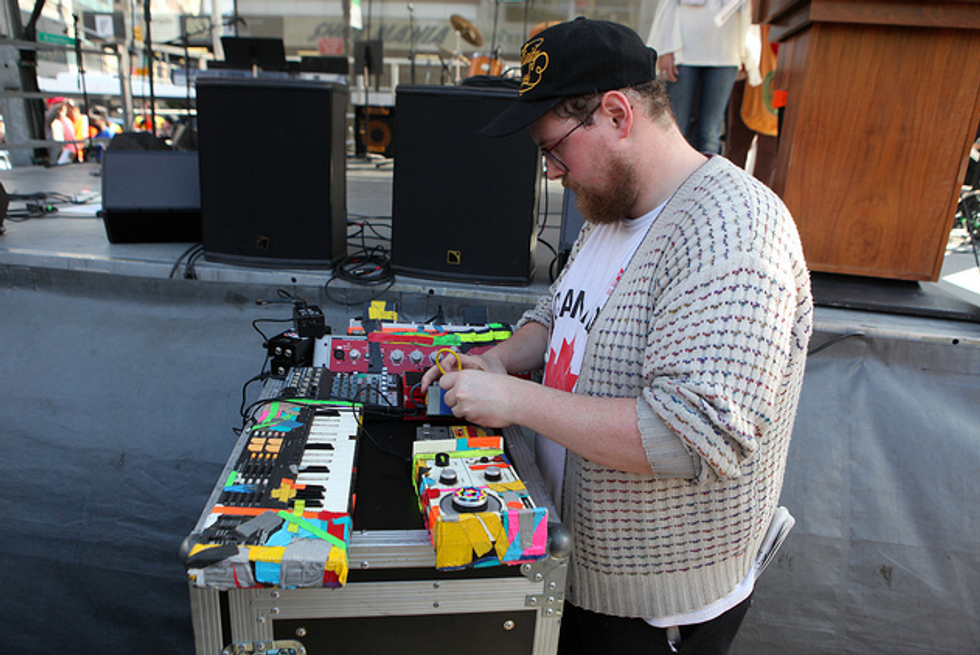 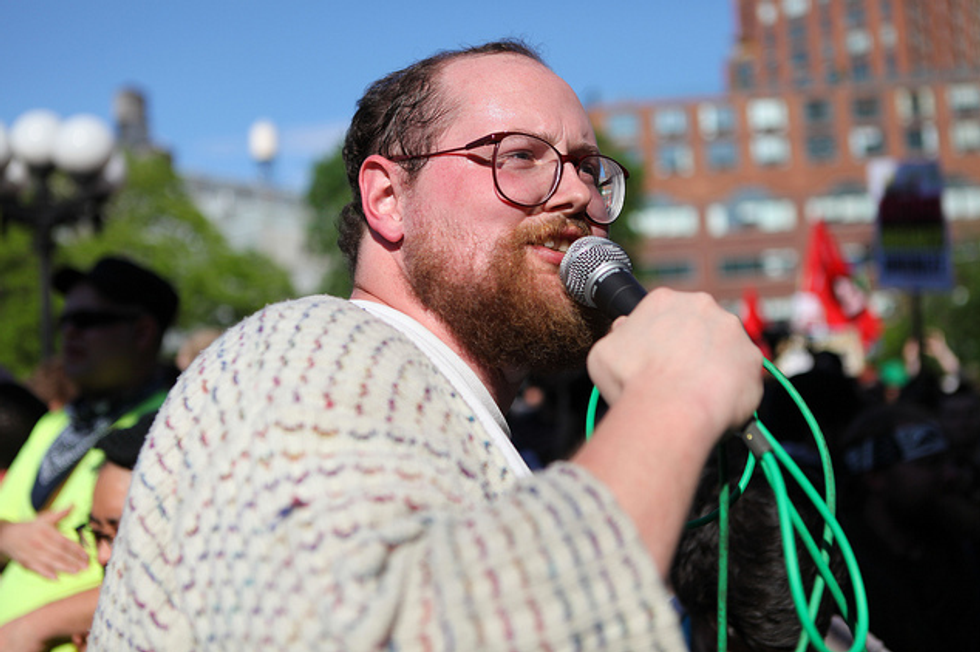 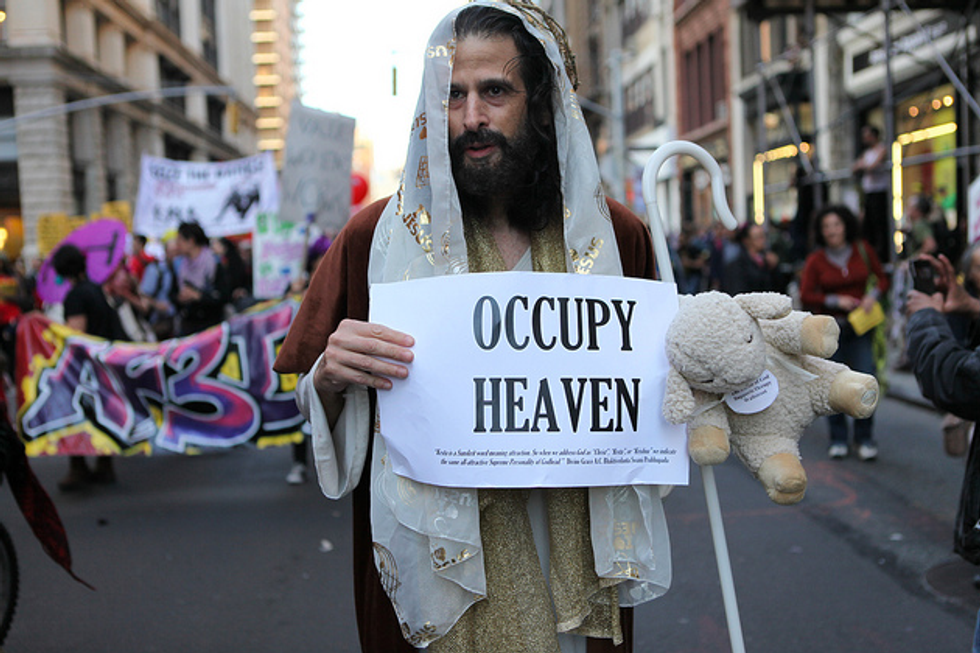 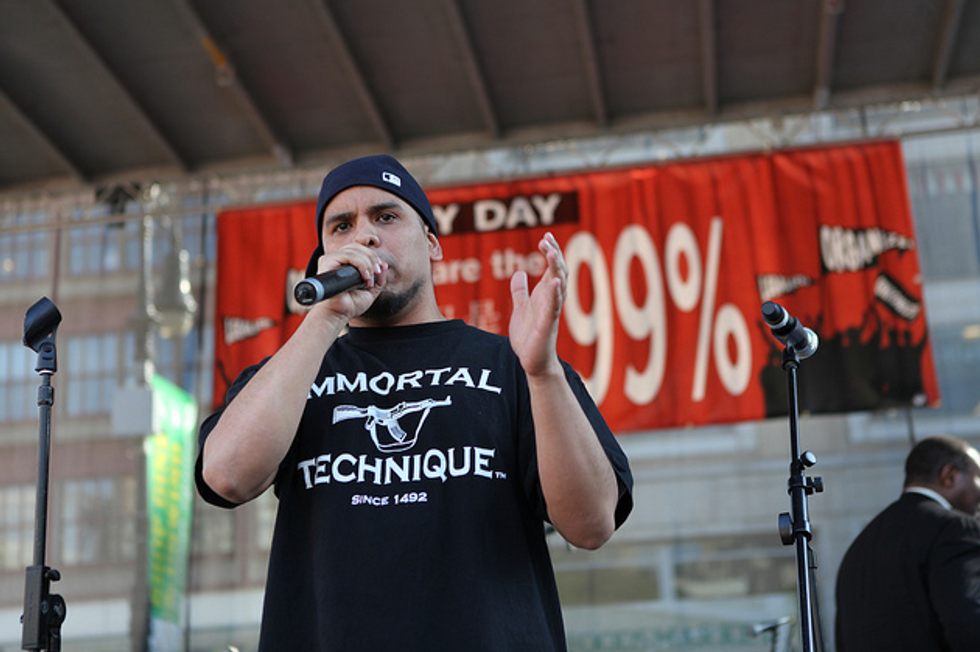