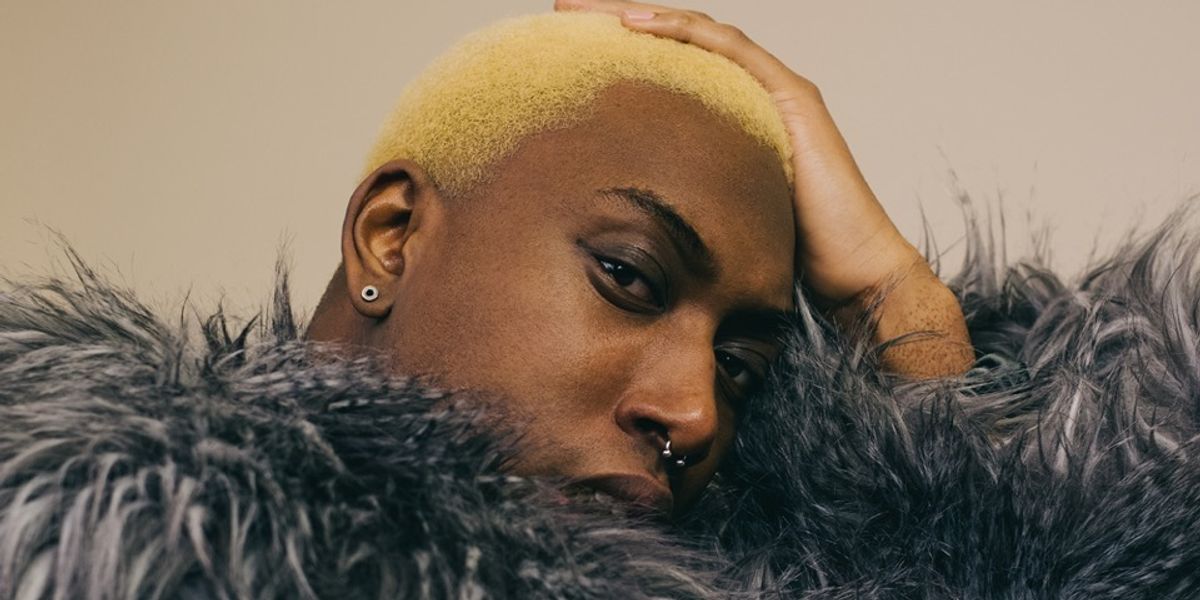 London-based producer Darq E Freaker sits at the intersection of a shitton of high-velocity, rave-friendly genres -- crafting a maximalist, grime-drenched sound that's caught the eye of everyone from Tempa T to Danny Brown. Recently, he also released the undeniably addictive ADHD EP via Ninja Tune's Big Dada imprint, so ahead of his release party tonight at Brooklyn's Palisades, we spoke to the prolific producer about nostalgia, the trendiness of grime, bringing it back to planet Earth, and, of course, just fucking partying. Read our Q&A below to get pumped for tonight.

There are a lot of concepts surrounding memory in this EP, from describing it as a nostalgia trip to naming it ADHD, was that intentional?

This is a nostalgic journey of maximalist post-rave party music. ADHD, the title, is self-explanatory -- of the soundscapes, breaks and drops to be heard. It was solely my intention to create an ode to an era of club music I wish I was around to indulge in. I second-handedly caught glimpses of what it might be like through [TV channels like] MTV Dance and The Box, [as well as] Top of the Pops.

Do you think coming up in the midst of the UK's big grime revival was a factor in you using a lot of those motifs in your sound?


The leitmotif of Darq E Freaker is grime. It's the essence of its existence. It's conceived from grime, so [the genre] will forever be a permanent fixture in its repertoire.

Out of curiosity, why choose to do an instrumental-only EP? I guess there's something to be said about these productions being really hedonistic and in-your-face -- but I also feel like you've always been pretty high-energy rave vibes. So what exactly differentiates ADHD from previous releases?

This isn't music for rappers to jump on. That was, in part, [my previous mixtape] #DontFreakOut. There is a certain type of vocalist who would know what to do on ADHD, but this EP isn't about that. ADHD is distinct in that it fully takes on experiences I've had with elements of rave music.

Let's also address the idea of "energy" a little, and how you churned this out super fast? What was the timeline of this album like? Especially since it came right on the heels of #DontFreakOut, a 9-track mixtape?

I made this EP at some point between the hot summer and a cold Christmas of last year. It's a split between initial ideas and elaborate takes on loops I've previously had. It's coming out so close after a mixtape because I've taken it upon myself to deliver Darq E Freaker to planet Earth. I have a plethora of music in numerous different themes, projects and genres just dwelling on my computer.

It feels appropriate to ask in regards to your American release tour your opinion on grime's recent proliferation stateside. Why do you think this is happening right now?

Tell me about the best rave you've ever been to.

The best rave is always the next one.

I'm in the midst of starting a label called Thrift World Order -- my mixtape was the first release. More on that soon.