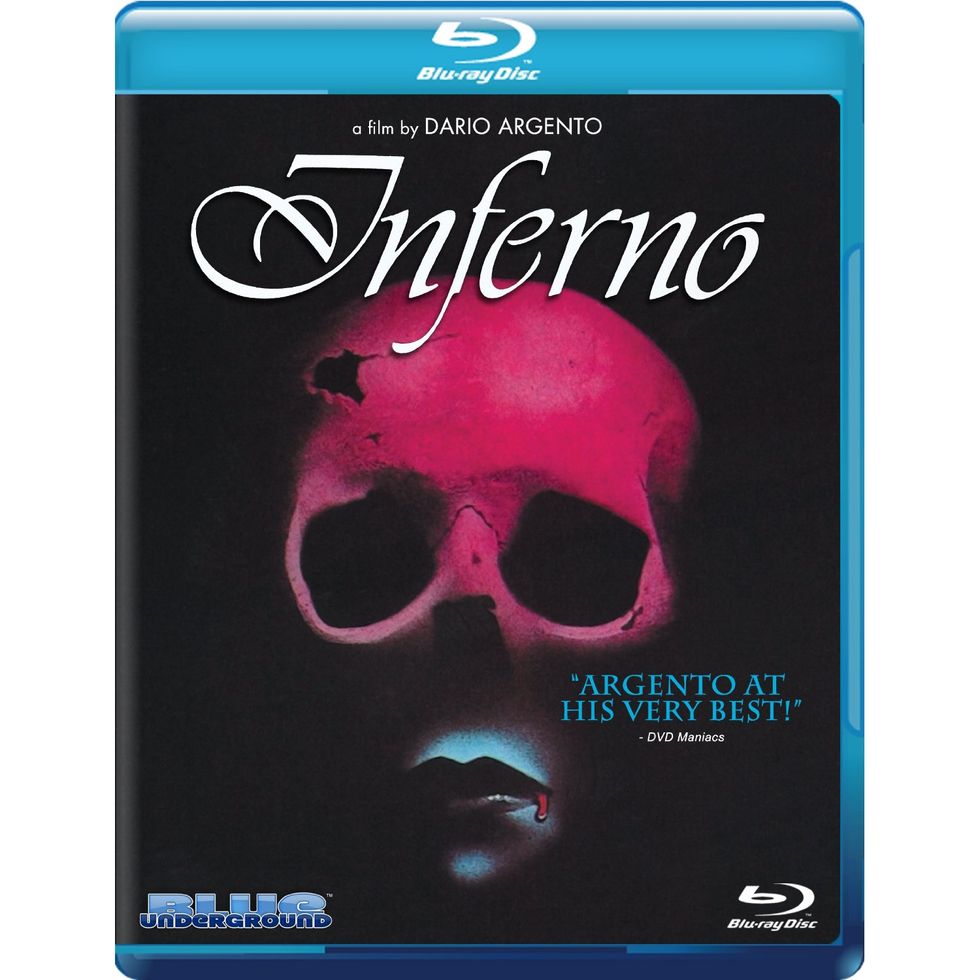 Inferno (1980) (Blue Underground), the underrated, nightmarishly beautiful sequel to Suspiria by Italian maestro of the macabre Dario Argento, is out now in a glorious Blu-ray edition. Leigh McClosky stars as a young man investigating his sister's (Irene Miracle) mysterious disappearance in New York in a strange gothic apartment building. The second in Argento's "witch" trilogy, Inferno is filled with gorgeous saturated color and surreal sequences --  Irene Miracle's plunge into an underwater room is memorably bizarre. A scene featuring a bookseller on crutches' trek to Central Park during a full a moon with a bag filled with cats is just chilling. Dream-like, with a wild pounding rock score by Keith Emerson, this is an aural and visual assault on the senses. The extras include the still-handsome and eloquent McClosky discussing working with Argento, as well as Miracle, who discusses working on Midnight Express, Night Train Murders and this film. She especially recalls Argento and then-wife Daria Nicolodi's wild fights going on in the background. Argento's films delight and terrify me, and after spending a wonderful lunch with him many years ago (see photo), I found him sardonically funny, opinionated and just charming as hell. 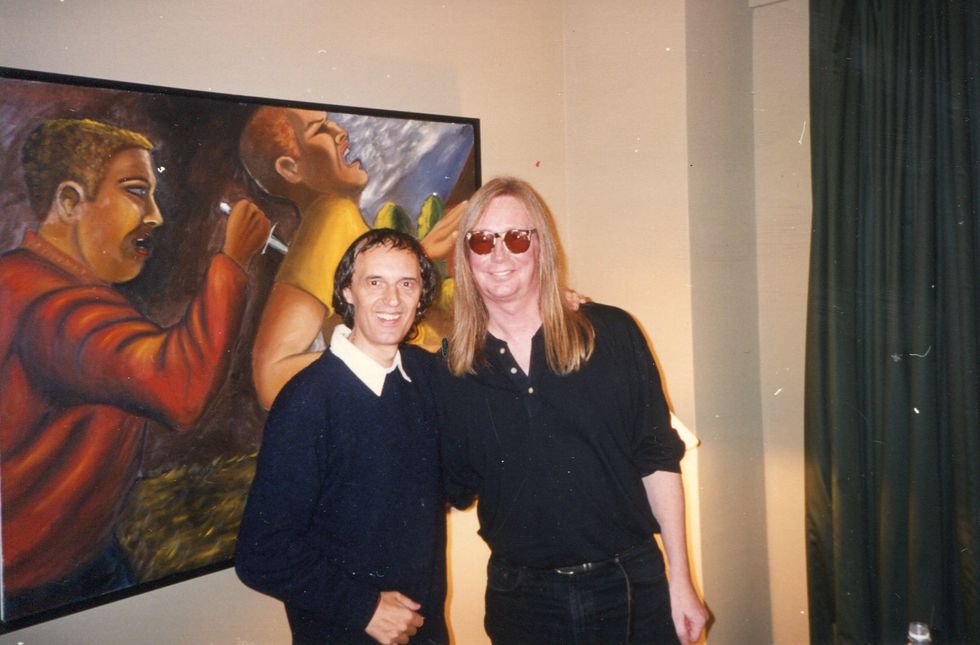 Kid Cudi, Chloë Sevigny to Star in 'We Are Who We Are'